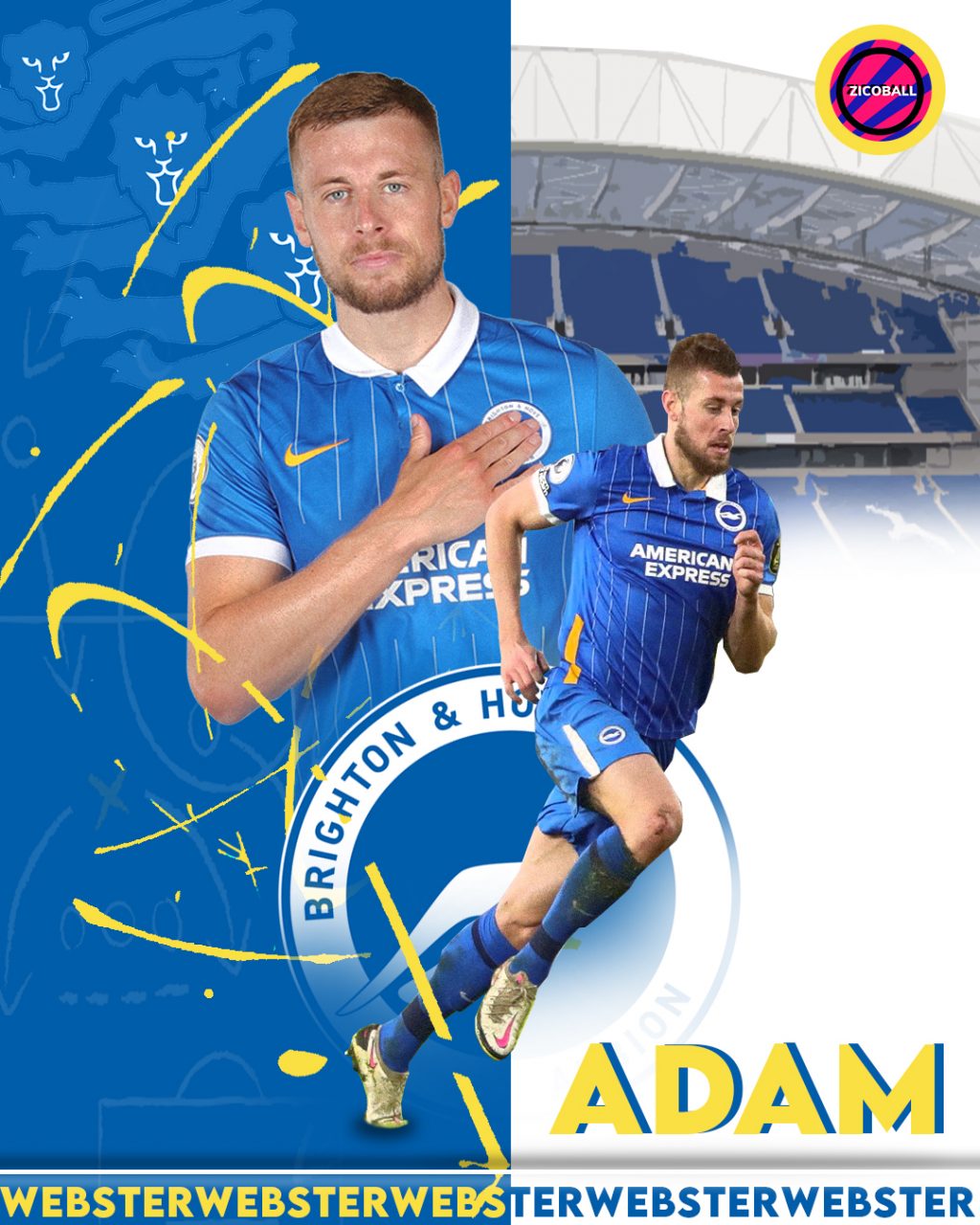 Gareth Southgate’s squad announcement threw up a few talking points, namely the number of England’s Right-Backs set to pack their bags for Euro 2020 duties. Alongside Trent Alexander-Arnold and company, the appearance of Ben White’s name in the provisional England squad shocked most, having not played in the Premier League before the 2020/21 campaign.

Brighton have been defensively impressive throughout this season. Their 46 goals conceded is the best in the bottom half of the table (level with Aston Villa) and a whole 22 less than Southampton, who finished one place above the Seagulls.

However, turning attention away from White and towards another member of the defensive trio, Adam Webster, nicknamed ‘Webdini‘ since his spell with Bristol City at Ashton Gate.

The rampaging centre-back has all the characteristics that make him a shout for England’s strongest squad and Gareth Southgate’s versatile back three.

The Role of a Back-Three

In a back three, the centre-backs have a completely different role to those in a back four; with fewer midfielders in the starting eleven, a responsibility is placed on them for ball progression.

Sheffield United, for example, have shown that centre-backs can be equally as important in the attacking phase as wing-backs. Harry Maguire was able to show just that in the 2018 World Cup as his attacking capabilities shone through for the Three Lions.

But it’s a difficult system to suddenly turn to as a defender. Only a handful of clubs in England use a back three, and one of those happens to be Brighton this season.

Who is Adam Webster?

Webster was a product of the Portsmouth academy and was introduced to the first team by now Shrewsbury Town manager Steve Cotterill in a friendly against FC Rostov in the Russian league.

After impressing, a transfer to Ipswich Town followed, where Webster impressed in the Championship, and despite a few injury woes, he was held in high esteem.

When Bristol City lost defensive giant Aden Flint, Lee Johnson acted quickly to bring Webster to Ashton Gate for a fee in the region of £3.5 million, potentially rising to £8 million.

Webster formed a defensive partnership with ex-Chelsea defender Tomas Kalas that was formidable and quickly had fans forget about the absence of Flint. Now Sheffield United striker, Oli McBurnie, said that the pair were the hardest he faced as Swansea’s striker when playing in the Championship.

After only one season playing in front of Bristol City supporters, Brighton decided to spend a vast £20 million to bring the ball-playing defender to the Amex Stadium – a considerable fee for someone who had never played in England’s topflight.

Webdini has a reputation for rampaging run forwards from defence; hence the nickname conjured up due to the attacking ability and the sense of adventure of AC Milan and Italy legend Paolo Maldini.

How does he compare to England’s other options?

As previously mentioned, Webster is one of England’s few options who frequently plays in a back-three domestically. In Southgate’s current squad, both Conor Coady and White also play in this preferred system with Wolves and Brighton.

Webster tends to play on the left of the three, the role of Harry Maguire throughout the 2018 Russia World Cup, and with his possible absence through injury, Webster would’ve been an able deputy.

Physically, he is built in a similar way to Maguire, standing at 6′ 3″, only one inch shorter than the Manchester United captain. This stands him taller than every other centre-back in the Euro’s squad bar Tyrone Mings.

Defensively, Webster has compares reasonably well to Maguire. The Brighton man averages more tackles per game and is only behind by 0.1 interceptions per game, whilst dribbled past 0.1 more times per 90.

However, Webster’s attacking side of the game shows where he could have proved a shrewd pick for the Euros, with 0.4 more successful dribbles per 90 and almost 13 accurate long balls a game (almost the same as Maguire).

Webster outperforms Mings offensively across all categories and is more dominant aerially and in the tackle, while in theory is expected to have to defend less in a back three.

Ben White does slightly overperform Webster both going forward and in defence. However, with Tyriq Lamptey often playing as the wing-back on White’s side, the former Leeds loanee is accustomed to having a greater license to attack than that afforded to Webster, who has Dan Burn to his left.

The other man who frequently features in a back three, Coady, is statistically a long way behind Webster in both directions. Coady only averages more blocks per game and completes more of his passes (most of which are shorter and safe).

Why Adam Webster misses out

In the back three at the Amex, Webster is the player who falls under the radar due to Lewis Dunk’s position as captain and the excitement surrounding White after a terrific loan spell with Leeds.

You would have to imagine that Webster will have to continue to perform to his usual level for a while yet and attempt to outperform his English teammates if there is any chance of turning Southgate’s head for the World Cup in Qatar.

As shown by Ollie Watkins and White’s accelerated involvement this season, Southgate is willing to give people a chance.

The expected goals statistics show Brighton are massively underperforming their league position, with Webster and Brighton’s defence the imposing figure which has kept their head above Premier League water for another year.

There are rightly question marks at the Amex over Lewis Dunk’s omission from the England conversation this summer. Still, following impressive performances and statistics to back them up, perhaps Adam Webster has played his way into the same conversation?