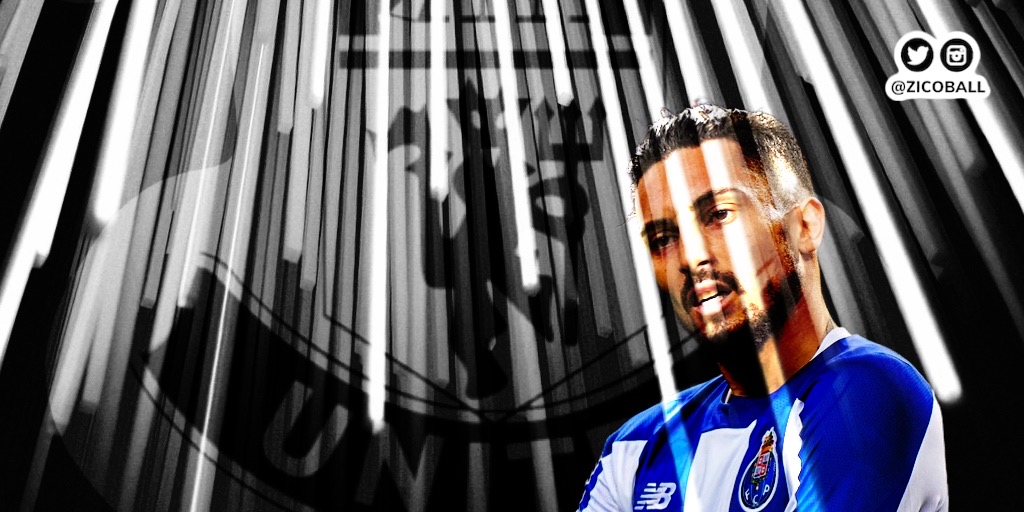 On transfer deadline day, Manchester United completed the signing of defender Alex Telles from Porto for an initial €15million.

The Brazilian left the Portuguese champions after four years that yielded two league titles and one domestic cup.

So, what are United getting for their money?

“His attacking potency, especially his crossing ability and his delivery from set-pieces. He also gives you 100% commitment whenever he plays. He played as a conventional full-back in a back four for Porto, albeit a very attacking full-back. I also think he could play as a wing-back no problem,” says Tom Kundert, Portugal correspondent for World Soccer Magazine and chief editor of Portugoal.net.

As well as a set of impressive statistics, it was fair to say that Porto struggled without him. In the first league game after lockdown against Famalicao last season, Telles saw suspension after picking up a fifth yellow card against Rio Ave. Porto missed his attacking prowess and looked relatively toothless going forward, while clearly defensively vulnerable down the left-hand side as they succumbed to a 2-1 defeat.

Fast forward two matches and Telles found himself suspended again having picked up a red card in the previous game. Porto laboured to a 0-0 draw with bottom side Aves who finished the season with just 17 points. That such a dominant team as Porto were noticeably more inferior without him in the side bodes well for Manchester United.

Porto reacted to these poor performances with six straight wins, four of which saw them score more than two goals in 90 minutes. Telles’ return from suspension coincided with the impressive six-game run. He registered three goals, and it was from his corner that Chancel Mbemba converted the solitary goal in the tightest game of that run; a 1-0 win over Pacos Ferreira. Telles was a crucial cog in the Porto machine as they stepped up their form to wrestle the title away from Benfica.

Much has been made of Manchester United’s transfer strategy and inability to negotiate a deal for top players, with Jadon Sancho the latest case in point. Leaving that frustrating setback to one side, the Telles transfer seems a good deal for the club.

Jamie Ward, Chief Editor of The United Stand, shared his stance on united’s new man; “The signing itself is one that I don’t think should have been a priority in the beginning but actually has turned out to be a very good signing. When you think of what he actually cost, the ability he gives, you’re talking a Brazilian international here. It’s the attacking threat which I think is the major benefit for United.”

“For the price that we’ve paid, and the age that he is – bearing in mind United are a young squad – he’s 27. I believe he will certainly add a degree of experience and an attacking threat to United which will only benefit them going forward and I think that’s how United fans feel about it.”

Whilst some of Manchester United’s summer signings are ones for the future such as Facundo Pallistri and Amad Diallo, Telles on the other hand, is very much a player for the here and now. He’s capable of slotting straight into the first team, and crucially, adding extra quality with the wand of a left foot that he possesses. He also boasts just shy of 200 competitive appearances for Porto and has experience of European football; something of a prerequisite for top United transfer targets.

The critical question is, how will he cope with the rigours of the Premier League after four years in the Liga Nos?

Ward explained “The players, generally speaking, that come over from the Portuguese league, do well in the Premier League; I’ve got no worries about him adapting to it. If you look at Bruno Fernandes who has come over from Sporting, he was arguably the best player in the league for the last part of last season. He won player of the month I think two months running, he won United’s player of the month four months out of the last five.”

It remains to be seen if Telles can make a similar sort of impact to Fernandes, but like the Portuguese midfielder, Telles arrives at Old Trafford in good form, having started the season with two goals and two assists in just three games. He also formed part of a defence that kept one clean sheet and only conceded one goal from open play in that time. That level of contribution is much needed in a United team that have scored just four goals in three Premier League games and conceded an alarming 11 in the same period.

As an exciting chapter of Telles’ career dawns, another has drawn to a close. Of the Porto fans’ thoughts on Telles’ departure, Kundert said: “They’re disappointed, but they knew it was inevitable. The fact they got four top years from him means he leaves a very popular player. He’ll be remembered as a great servant of the club.”

United fans will be hoping that the day comes to look back on Telles’ time at their club, they share the same outlook at his adoring Porto supporters.