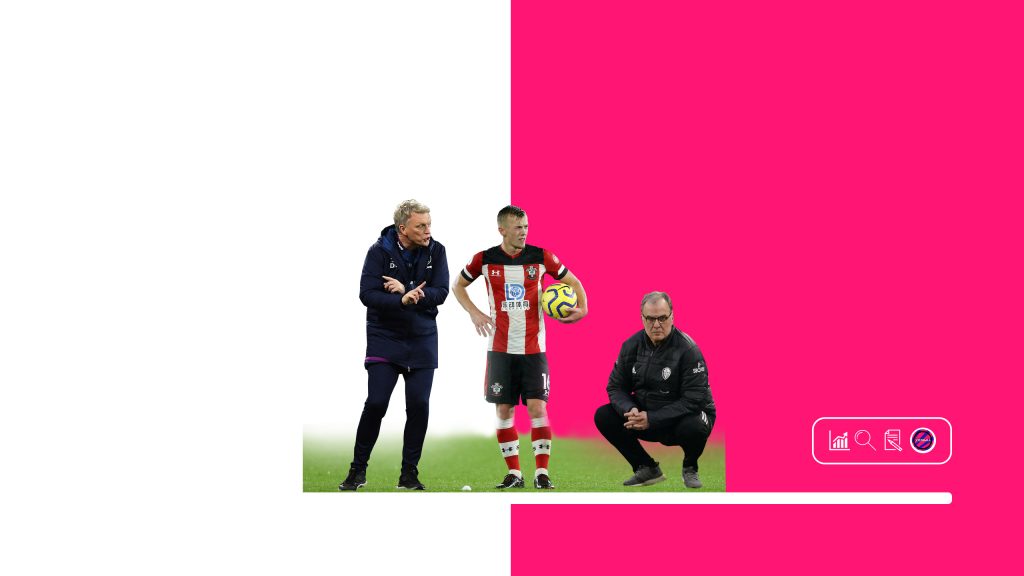 Everton, with Dominic Calvert-Lewin in the air and the delivery of Gylfi Sigurdsson and James Rodriguez.

The same goes for the worst, with Leeds’ failures often highlighted.

But is that the truth? Who really are the best set-piece sides across the whole process, from earning one to converting one? Similarly for the worst sides – who gives away and then concedes the most?

Let’s start our analysis by getting a feel for the volume of dead balls in the top flight.

If you look at an overall total of all dead balls from anywhere on the pitch, Crystal Palace have the most to date with a whopping 948, an average of 47 per 90 minutes.

So that’s 948 fixed-situation, repetitive events from which to produce something.

And how many goals have Crystal Palace scored from those 948 dead balls this season? 3. Yes, 3.

Granted, not all of those will be easily turned into goalscoring opportunities – i.e. throw-ins in their half – but when it’s put like that, you do start to wonder if Premier League teams are maximising these opportunities.

The presence of throw-in coach Thomas Gronnemark at Liverpool has shown the way towards more specification. However, when you consider the tactics at play in something like the NFL – a set-piece-driven sport that has inspired Gareth Southgate, among others – the surface has been barely scratched.

As a sub-section of these dead balls – and because they always occur from the same place on the pitch, allowing for easier attacking and defensive analysis – let’s use corners as a proxy to examine the first stage of the set-piece process; winning and conceding them.

Let’s first have a look at the teams who are best at winning corners.

That’s no doubt a facet of how much they control possession, and how regularly they try to enter their opponents’ penalty area from advanced positions close to the byline.

But there are surprises, particularly lower down, with Spurs and Southampton averaging just 4.4 and 4.1 corners per game respectively, lower figures than Sheffield United.

In Spurs’ case, it would seem to underline how they attack teams from deeper rather than through territorial dominance, and also concentrate their action through the middle, with 28% of their play focussed in that channel to date (the second-most in the league).

It’s tight at the bottom, with West Brom and Burnley’s low blocks likely contributing to their high number of corners conceded.

Intriguingly, Spurs and Southampton are the ‘big’ teams that score worst in these rankings.

That has perhaps contributed to how many goals both sides have conceded late in games – the Saints have let in a league-high four after 90+ minutes – as they have retreated and given their opponents’ chances to get balls into the box.

If we’ve now got an underlying idea of which sides create – and give away – the most set-piece opportunities, let’s see how that translates into goals, with an overall look at all set-pieces.

And it’s West Ham who leads the way.

The Hammers benefit from honed routines, some of the strongest players in the air in the league and consistent set-piece takers. Leicester and Arsenal could do with taking a leaf…

At the other end, here are the worst teams at conceding from set-pieces.

The criticism of Leeds’ abilities to defend dead balls is backed up by the numbers, with Marcelo Bielsa’s men conceding an average of 0.56 goals per game.

Manchester City, West Ham and Arsenal are by contrast the most miserly, conceding just two each so far.

And the Hammers’ net set-piece total is the best of any team by far, with an overall total of +6.

To complete our analysis, here is a top 10 of the best individual set-piece takers.

And it’s Southampton’s James Ward-Prowse who heads the charts in terms of goals created from dead balls, with five.

But a word for Mason Mount, who has arguably the better underlying stats, with just one less goal created and ten more set-pieces resulting in shots.

With all this said, here are our winners and losers;

Worst at conceding from set-pieces: Leeds

With fatigued sides increasingly struggling to create from open play, set-pieces will only grow in importance as the season reaches its climax over the coming months.