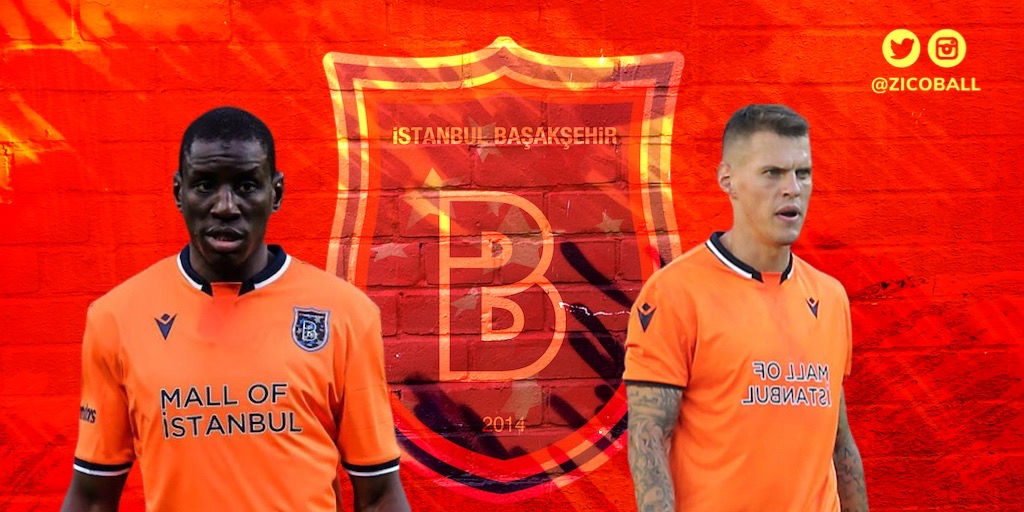 Many of you will be aware of the Turkish league dominance of the ‘Big Three’ from Istanbul; Galatasaray, Fenerbahce and Besiktas. Having won a combined 54 league titles since the league’s inception in 1959, the only other sides to register top-flight successes have been Trabzonspor with six and Bursaspor with just the one.

But that all changed on the 19th July 2020, when Istanbul Başakşehir defeated Kayserispor 1-0 to claim their first Süper Lig title. A fantastic achievement, surely? Well, that’s where things get a little disputed.

The origins of Istanbul Başakşehir can be traced back 30 years, to 1990, when they were formerly known as ISKI SK and owned by the Municipal water distribution company.

After a year competing in the Regional Amateur football leagues of Turkey, the club was promoted to the 2.Lig in 1991 where they went through their first name change. In came the name ‘Istanbul Büyükşehir Belediyesi’, and this would remain for the next 23 years.

The Owls then spent two years in the third tier before winning the league and getting promoted to the second tier, 1.Lig, in the 1993/94 season. This became a continuing trend for the next few seasons.

The club were relegated back to the third tier after two years, and then gained promotion back to the second tier, winning the league in 1996/97.

Başakşehir spent the next ten years in the 1.Lig before finishing runners up and gaining promotion to the Süper Lig for the first time, in 2007/08 season.

Six years would pass, with Başakşehir earning a couple of sixth-placed finishes, along with ninth and twelfth placed finishes before the club got relegated back to the second tier at the end of the 2012/13 season.

The Owls, however, did make a swift return to the top-flight, winning the league by five points. All seems pretty normal; these are just the ups and downs of most clubs across the world.

But that is when it all began to change, starting with a move to a new stadium in 2014.

Baykuş originally played their games at the Ataturk Olympic Stadium, well known to Liverpool fans. Still, before the start of the 2014/15 season, they moved to a new stadium, Başakşehir Fatih Terim Stadium.

The change of home meant the club moved districts, to Başakşehir, and thus came about the club’s second name change – Istanbul Başakşehir Futbol Kulübü. The difference in the name on the shirt wasn’t the only change for the Owls.

The district was also a stronghold for the President, Recep Tayyip Erdoğan. Erdoğan developed the Başakşehir district during the 1990s while he was the mayor of Istanbul, as an alternative to communities that were homes of secularism and the big football clubs of Istanbul.

The year that the club moved stadiums they were also taken over by a group of businessmen close to President Erdoğan’s ruling party, Justice and Development Party (AKP). The President even played in the clubs orange kit in the game to mark the new stadium move. The move and Erdoğan’s involvement have seen a significant improvement on the club’s results, with two fourth-placed finishes, a third, and two runners up positions in 2016/17 and 2018/19. The latter finish came after leading the league with four games to go, only to finish two points behind Galatasaray. More recently for the Owls came the 2019/20 Super Lig success; the greatest achievement in the club’s history.

Not only has the change of stadium produced better results in the league, but they have also been a force in Europe. The Turkish outfit currently leads 1-0 against Copenhagen in the Europa League Round of 16, with the possibility of facing English giants, Manchester United, in the Quarter Finals.

Başakşehir had another name added to their portfolio, when they signed a sponsorship with Medipol Education and Health Group in May 2015, so are also known as Medipol Başakşehir Futbol Kulübü.

Why is Istanbul Başakşehir hated throughout Turkey?

Many rival fans see the route taken by Istanbul Başakşehir as an artificial one, as they have relied on outside investment that has paid for a new stadium and new players. The likes of former Real Madrid and Manchester City man Robinho, amongst other former Premier League players including Demba Ba, Martin Skrtel, and Gael Clichy.

Most clubs in Turkey are membership-based and governed by regular elections. Istanbul Başakşehir, on the other hand, are a joint-stock company, owned by a small group of stockholders.

According to Patrick Keddie, author of the 2018 book The Passion: Football and the Story of Modern Turkey, Başakşehir is ‘pretty much the only club in the Süper Lig with interest in the long term, and are the best run club by miles.’

He added: ‘On the one hand, Turkey is known for its football, fanaticism, but sometimes that can drive a lot of short-termism and bad decision making.’

And this is apparent when you take the 2018/19 season as an example; if any of the big three had lost the championship like Başakşehir did, they would have changed the coach, players, everything. Baykuş are also not burdened with massive debt like most of the other Turkish clubs and face fewer problems adhering to the financial regulations.

However, despite all this, it is difficult to ignore the sponsorship that Istanbul Başakşehir receives from companies that have ties to the current government. As well as these exterior ties, the club has links to the government from within the club itself. Chairman, Göksel Gümüşdağ, is married to a niece of President Erdoğan’s wife, for example.

Many people within Turkey consider the Süper Lig club to be the football branch of the AKP and believe that if the AKP loses an election, and Erdoğan loses the presidency, Başakşehir will suffer alongside.

What is in Store for the Owls?

Chief Executive, Mustafa Erogut, rejects the notion that Başakşehir will suffer as a result of losses within politics, telling The National: “In the real world the government backs all teams in Turkey. The President likes football very much, and the government supports teams by building stadia and through tax breaks.”

Whether this reigns true or not is yet to be seen, but many can’t ignore the past failures of ‘artificial’ teams, and what could happen to the current Turkish Champions.

Osmanlispor, from Ankara, thrived under the city’s AKP mayor but fell away after he stood down in 2017 and currently play in the 1.Lig. In the early years of Turkish football, Gunes Spor succeeded due to the backing from Turkey’s founder, Mustafa Kemal Ataturk, but vanished after his death.

Patrick Keddie said: “Başakşehir will have the capacity to go and cement their dominance next season, with Champions League football and the income that brings with it.”

He added: “However, their success is also contingent on politics and the sponsorship they get from government circles.”

Despite their recent success, the apparent lack of fans reinforces the opinion among many in Turkey that they are an AKP creation. Attendances at the 17,000 capacity stadium averaged 2,900 for the 2019/20 season.

Many believe that they will find it difficult to consolidate their success without a larger pool of supporters. Mustafa Erogut, again to The National, said he hoped community outreach programmes would draw in young fans without allegiances to other teams.

He continued, saying: “I think in five to six years we will have a good fanbase, but it is more difficult than winning the league.”

Many have hinted at the poignancy of Başakşehir’s title coming during the current pandemic, as they usually play in empty stadiums anyway.

This could be a good thing for Turkish football, a new name to add to the winner’s list, and maybe a more competitive league.

But the likelihood is, very few from opposing teams and fan bases in Turkey will accept Istanbul Başakşehir for what they are, and that is something that the Owls are just going to have to work with.