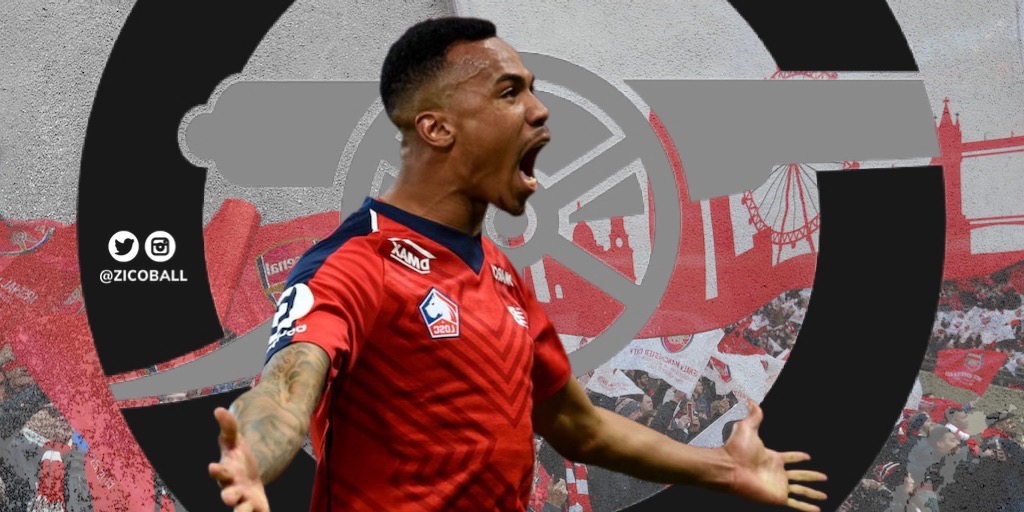 Mikel Arteta has identified Lille centre-back, Gabriel, as a potential solution to the problem at the heart of Arsenal’s leaky backline.

The Gunners currently have a shortlist of around ten centre backs from around Europe, including Brighton’s Ben White and RB Leipzig’s Dayot Upamecano, but believe Lille’s young Brazilian star could well be the most cost-effective solution.

Arteta and his recruitment staff have grown to be big admirers of Gabriel due to his sheer size, diverse passing range and, of course, the fact he is a natural left-footer. These attributes give him the ability to collect the ball smoothly before quickly breaking the lines with smart forward passes.

Arteta has previously stressed the fact that his system requires natural left-sided players in left-sided positions, and Granit Xhaka’s resurgence under the Spaniard suggests his methods are yielding results.

Gabriel is thought to be available for somewhere in the region of £20million, after Lille President Gérard Lopez announced that he had granted permission for him to leave the club during this transfer window.

Interest in the Brazilian is high, with Manchester United, Everton, Paris Saint Germain, Napoli, Inter Milan and several other big clubs around Europe all monitoring his situation.

Arsenal will wait and see how the FA Cup final against Chelsea plays out on Saturday before making any decisions on their incomings, as Europa League qualification would net them an additional £32million to bulk up the transfer kitty.