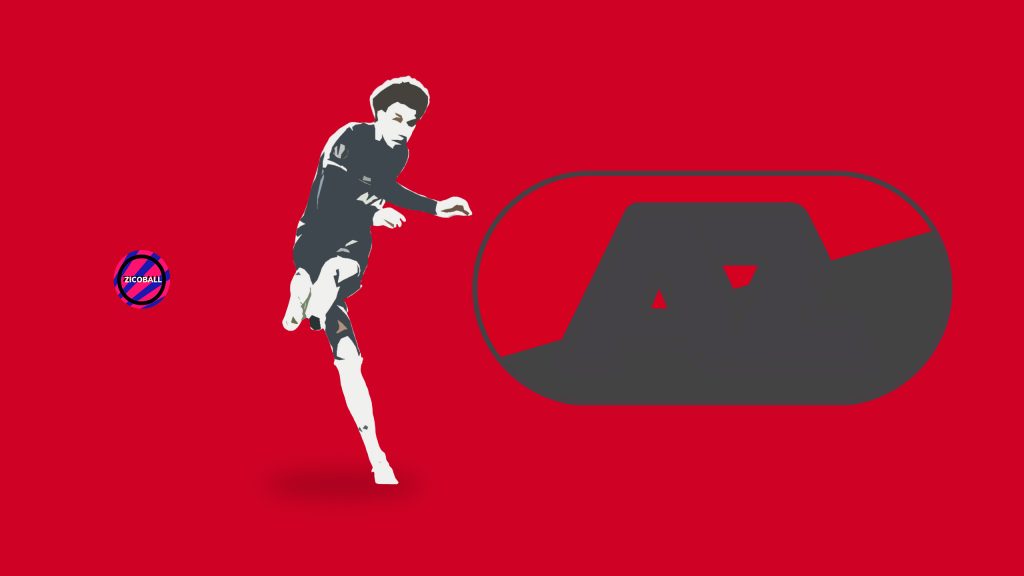 If you were posed the question: which team embeds young talent into their side like no other, what would your answer be? Your mind may naturally wander to the likes of Chelsea, Ajax, or historically Barcelona. One name that might not creep into your thinking would be AZ Alkmaar; take a look at their squad, however, and you’d certainly agree that the Dutch outfit should be in the conversation.

Of the 11 players with the most league minutes for AZ Alkmaar, seven are 23 or under; if that isn’t utilising youth, I’m not sure what is. In fact, of the 34 Eredivisie goals scored by AZ this season, only two were by players over 23; they heavily rely on their youngsters.

The side from Alkmaar have won the Dutch league just twice in their history but came so close to adding a third last campaign, losing out on goal difference to Ajax in the shortened Eredivisie season.

They currently sit fifth in the league this year, despite only losing once, less than table-toppers Ajax, and it’s been their inability to turn draws into wins that haven’t helped their cause.

If they aren’t able to mount a title charge this season, then come the summer, they may face the prospect of losing several of their prized possessions. Their squad is undoubtedly special, with four academy graduates at the heart of their recent success.

Being club captain of your boyhood club at just 22-years-old is something that not many will ever experience. Teun Koopmeiners, however, is living out his childhood dream week-in, week-out.

Having already amassed 97 games for AZ Alkmaar, Koopmeiners is a vital cog in the club’s machine, rotating between centre-half and central-midfield, and playing both positions expertly.

Marcelo Bielsa was heavily interested in Koopmeiners over the summer, and it’s no surprise the Argentine is a fan of the Dutchman’s work.

He’s AZ’s top scorer with nine Eredivisie goals so far this season, four of which have come from the penalty spot, and he’s added three league assists as well, the second-best in the squad.

Not many central midfielders in the world can boast a tally of 1.9 shots per 90 alongside 4.3 tackles and interceptions per 90, but Koopmeiners can. He’s the orchestrator of AZ’s progressive play, and despite lacking a turn of pace, his maturity and intelligence on the pitch is far beyond his years; take him out of the side, and AZ are a completely different team.

Koopmeiners made his Netherlands debut in October, and with a big-money move potentially on the cards, he’ll be eyeing up a starting spot for the national team at the delayed Euro 2020.

Back in May, I suggested that Atletico Madrid could do far worse than signing Owen Wijndal as a rival for Renan Lodi in Diego Simeone’s side. Now in January, it seems this was a worthy shout.

Into his second season as a regular starter, Wijndal has progressed even further over the past six months, and at just 21, he already looks like the complete full-back.

Comfortable on the ball, happy to overlap his winger and defensively aware are just three ways of accurately describing Wijndal’s style of play.

Wijndal is making 4.3 tackles and interceptions per 90, more than the likes of Ben Chilwell (2.4 P90), Andrew Robertson (1.5 P90), and Theo Hernandez (2.7 P90), and whilst not boasting the same attacking output as those three, he’s no doubt an incredible talent.

The Dutchman’s pass accuracy of 86.3% betters all three of the aforementioned left-backs, and although this has come in the Eredivisie, it’s still impressive.

Any Champions League club in need of a left-back should be viewing Wijndal as the solution for their problem for the next decade.

Primarily operating on the right-wing of AZ’s 4-3-3, Calvin Stengs is equally capable of playing in central midfield, and like his captain Koopmeiners, he’s extremely comfortable in two positions.

Technically proficient, Stengs’ athleticism and ability to glide across the pitch is what makes him so aesthetically pleasing to watch, as well as so hard to stop.

Stengs’ vision is quite simply something to be admired. He has an eye for the pass that not many have, and he has the skillset to draw several defenders towards him, before offloading the ball into the space he created; for a player to be doing this consistently at 22 is extremely rare.

Last term, Stengs registered five goals and seven assists in the league, and whilst this doesn’t suggest he’s an elite attacker yet, he certainly has the potential to be in the future.

This season, the playmaker is taking 2.4 shots, completing 2.1 dribbles, and creating 2.4 key passes per 90 – very similar to Jadon Sancho’s numbers in the Bundesliga.

Manchester United were reportedly interested in Stengs over the summer, and with their right-wing problem yet to be resolved, they may well come back in for the Dutchman in the summer.

The fourth high-profile current AZ Alkmaar regular to come through their youth academy, and the youngest, Myron Boadu is just 19-years-old. Still, he has already made an impressive 45 senior appearances for his boyhood club.

Boadu is a runner, a speedster, someone who lives on his last shoulder and punishes the opposition when set through on goal, akin to a Jamie Vardy.

He netted 14 goals in 24 Eredivisie games last campaign and currently sits on four in 10 starts in 2020/21 – promising numbers for someone so young.

Taking only 1.6 shots per 90 this campaign, Boadu needs to improve in this regard; you can’t score if you don’t shoot.

However, his key passes per 90 tally of 1.6 is rather impressive for a number nine; it betters Roberto Firmino’s average of 1.1. The Brazilian is one of the football’s best creative forwards, a promising statistic for Boadu and the Dutch outfit.

AZ’s playing style is built around quick interchanges before getting in behind their opponents, and Boadu is crucial to this, with his movement so instinctive for such a young striker.

His connection with Stengs is almost telepathic, as indicated by Stengs assisting Boadu as the second-highest common goal combination in the Eredivisie last campaign.

A pacey striker who is cool as ice in front of goal, Boadu will be on the shopping list for Europe’s elite in no time at all.

It’s fair to say that AZ’s academy graduates have the potential and the talent to challenge for Europe’s top honours in the future, and maybe even fire the Netherlands to a major international triumph.

How long AZ Alkmaar will be able to keep their golden generation is unclear, but it’s accurate to suggest that come the 2021/22 season, one or two will have left their boyhood club for pastures new.