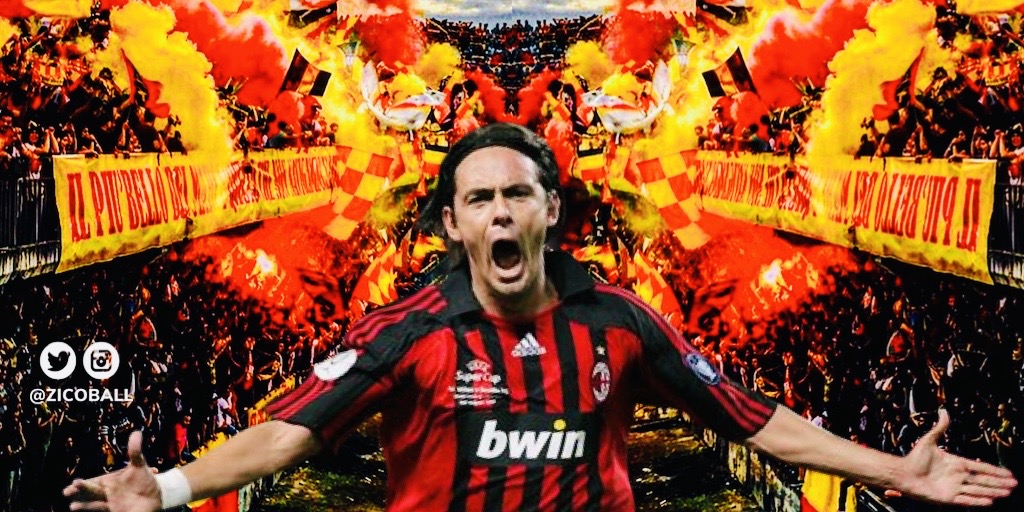 As the full-time whistle blew on the 29th June, in the Stadio Ciro Vigorito just northeast of Naples, Italian legend Filippo Inzaghi’s Benevento Calcio, and their loyal following watching from home confirmed what was expected of them.

Benevento, or Gli Stregoni (The Sorcerers), as they are more brilliantly known, defeated Juve Stabia 1-0. The Serie B title sealed, and so they clinched only their second-ever promotion to the Italian top-flight, a feat previously achieved in the 2017/18 season.

However, this promotion seems different. Inzaghi’s men clinched the title in style with seven games to go. They are simply dominating a Serie B season where their promotion ‘rivals’ Crotone sit 24 points behind them in second place. A gap likely to be extended further before the season plays out.

By securing the title and promotion with seven games to spare, the Sorcerers have matched a record set by Ascoli way back in 1978.

Having joined the club in June 2019, Filippo Inzaghi was appointed to bring change to a Benevento side hoping once again to reach the promised land of the Serie A. Benevento reached 3rd place in Serie B the previous season, but the club’s hierarchy felt a change was needed. What better way to encourage free-flowing attacking football, than to hire one of the greatest ever Italian strikers? The new boss had previously managed his former side AC Milan, along with Bologna and Venezia.

Although, it was at Venezia where Inzaghi made the most noise, earning promotion to Serie B in his very first season with the ambitious side from Venice. He followed promotion by narrowly missing out on back-to-back promotions, losing in the play-off semi-final to Palermo. Inzaghi had proved his worth.

Poised with expertise in the attacking side of the game, Inzaghi’s Benevento have an incredible +41 goal difference. The goals of capped Italian striker Marco Sau and vice-captain Nicolas Viola, have helped the Sorcerers reach the illustrious level. Viola spoke of how,

“He has transmitted all his desire and hunger to us,” he says. “When you think about what he has won in his career, seeing him work with this ferocity is surprising. It is an example for the whole group.”

The club possesses a high calibre of players including Napoli veteran and 34-time capped Italian national, Christian Maggio, alongside Roberto Insigne, the younger brother of world-class talent, Lorenzo. It is no question that this squad-depth at Benevento will serve them considerably heading into the Serie A.

Benevento will hope to avoid repeating their 20th-place finish and immediate relegation of the 2017/18 top-flight season.

It has been a different story in Serie B compared to their recent Serie A exploits. Unbeaten in 22 games, it is not just the frontmen who are making waves in their current division. With Benevento’s backline proving a formidable force, conceding only 15 goals throughout the 31 matches played so far, it’s safe to say Inzaghi’s men are firing at both ends of the pitch. In fact, Benevento have only crashed to defeat once all season, losing out to Pescara in October. Centre-back partners Alessandro Tuia and Lucas Caldirola exclaimed;

“The attitude does not change… even when the personnel does… It would have been easy for us to ease up a little bit given the extraordinary results… But he has always kept on at us.”

Things have not always been sunshine and rainbows throughout Inzaghi’s managerial career, and this title-winning campaign may have found the hard-working Italian many potential future suitors around the globe.

Nevertheless, Inzaghi has faced many adversities in his short managerial history, once being referred to as a ‘joke’ by Bologna defender, Ibrahima Mbaye. The former Milan poacher also had a run-in with World-Cup winning defender Adil Rami, who belligerently declared,

“I have to thank him…because it made me realise that I too can be a manager when I get older. If he has managed to get there, anyone can do it. It was just a disaster.”

Without losing this burning desire for glory, which aided him greatly throughout his trophy-laden playing career, it is no surprise that Inzaghi comfortably captured the Serie B Manager of the Year accolade. Another addition to his illustrious personal collection.

What is also substantial about this promotion is the fact next season will witness the Inzaghi brothers, Filippo and Simone, squaring off for the very first time in their respective dugouts. A profile game this will no doubt be, with Simone working wonders at Lazio since his 2016 arrival. Filippo, a keen admirer of his brother’s man-management, has expressed;

“He is better than me in everything…I can only learn from Simone: he is a modern coach, and seeing his Lazio side is a spectacle.”

This will no doubt be a very proud day for such a famed Italian footballing family.

One may still be wondering, where will this touted potential success come from next season? Well, look no further than Benevento’s planned recruitment for the summer transfer window. Implications from the ongoing coronavirus pandemic have not deterred Benevento from pursuing adding serious depth to their squad’s arsenal.

Credit for this must be given to club president Oreste Vigorito, and his late brother Ciro, who refounded the club. Both men helped to finance the development of the Stregoni, both on and off the pitch. President Vigorito and the club hierarchy have reportedly made contact with numerous high-profile players to strengthen their newly-promoted side for the coming season.

A deal on the verge of completion sees former Premier League frontman and French international, Loic Remy, quitting Lille to link up with Inzaghi at Benevento. Remy, who bagged 28 Premier League goals and earned over 30 caps for the French National side, has refused a new contract at the Ligue 1 outfit which would have seen him become the club’s highest earner. Instead, Remy has opted for a move to Serie A where he reportedly underwent a medical at Benevento’s training ground. His transfer is likely to be completed in the coming days, with a 3-year contract agreed between player and club.

Vigorito has also openly discussed the possibility of bringing another former Premier League goalscoring talent to the club; a certain Daniel Sturridge. The former Liverpool and England striker is coming to the end of a playing ban stemming from prohibited betting regulations. Sturridge is currently a free agent having left Turkish side Trabzonspor. Vigorito spoke about Benevento sporting director, Pasquale Foggia (the man who makes the deals happen), stating;

“Only when he is truly convinced that the negotiations can go through, he speaks to me immediately afterwards… Sturridge would be an honour for any Italian team, so I can’t say I don’t agree. I wouldn’t be surprised if he opened talks to understand Sturridge’s intentions.”

Numerous reports have also suggested that Inzaghi’s side are on the verge of completing another 3-year-deal. This time, for Monaco and Poland defender, Kamil Glik. Glik, 32, is no stranger to Serie A, establishing himself as a sort of cult hero during his 5-year spell at Torino. Since moving from Turin, Glik has made a name for himself in Monaco, playing a vital role in the squad’s 2016/17 Ligue 1 winning season.

André Schürrle is another name continuously linked to this revamped Benevento side. Contact between Benevento and Borussia Dortmund, as well as Schürrle’s agent, regarding a potential move for the World Cup winner, is ongoing. Schürrle, who is recently off the back of a loan spell at Russian club Spartak Moscow, is hoping to regain his 2014 form which brought him to international prominence.

No doubt this is exciting times for the Benevento Calcio faithful. It is just there second ever top-flight promotion, but one which looks a little more hopeful this time around.

Their ever-ambitious owner, Oreste Vigorito, seeks to bring this little side to new heights. The perfect example of his lofty ambitions is highlighted by the fact Benevento actively pursued Zlatan Ibrahimovic and Mario Mandzukic in January, before, as sporting director Pasquale Foggia puts it; “But then they (Vigorito) came to terms with reality.”

Foggia has admitted that the President and his staff got a taste of the good life, and claims the transfer targets only reveal their high ambitions for the future. Foggia states;

“I’m lucky enough to work with a very ambitious President, this allows you to work with great enthusiasm and planning,” he added. “I am happy with the players I have; they are great players and above all, exceptional men… The results we are claiming are thanks to what has been created among all the different components.”

Nonetheless, Benevento is undeniably a dark-horse for the upcoming Serie A season. Their hunger for success is unmatchable, with the foundations laid in all the right places.