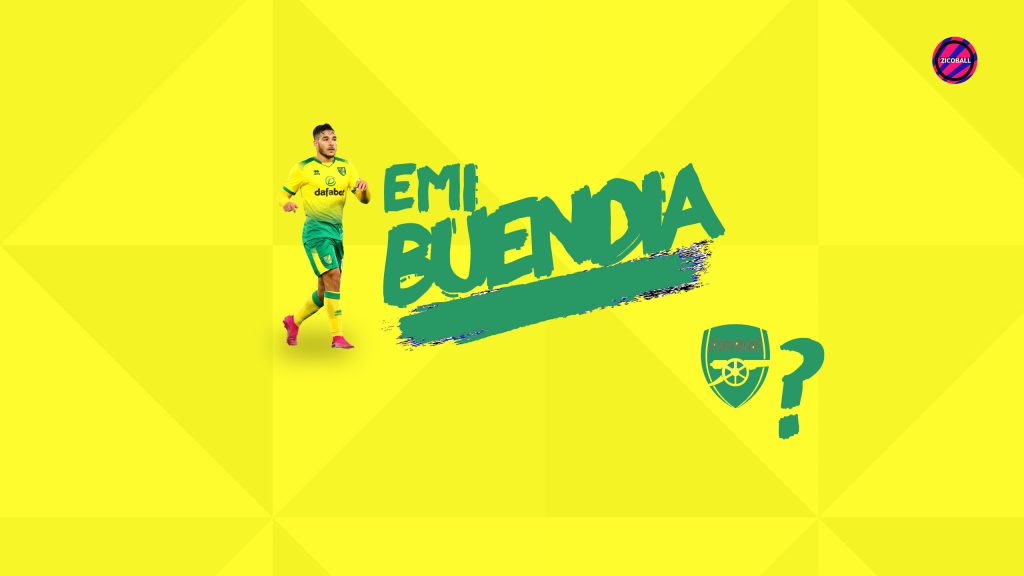 Arsenal and Tottenham is one of the fiercest rivalries in English football. The most infuriating sight for Arsenal fans, other than their own struggles, will be seeing Tottenham thriving under Jose Mourinho not far away in North London. Tottenham are 6th in the Premier League table at Christmas, whilst there is talk of Arsenal facing a relegation battle, bar their impressive showing against Chelsea. The Gunners have just 17 points in 15 league games this season.

Tottenham signed Pierre Emile Højbjerg from Southampton in the summer transfer window. Already at the club were quality midfielders in Moussa Sissoko, Giovanni Lo Celso, Harry Winks, and Tanguy Ndombele, but Mourinho still saw the need to spend big. Højbjerg has been a regular for Tottenham since his arrival, and meanwhile, Arsenal moved to capture Thomas Partey. The Ghanaian from Madrid wasn’t enough it seems, as more reinforcements are required for the tactically flexible Mikel Arteta.

There may not be a wealth of riches available to Arteta in January. If they can get only one face through the door, one signing who could perhaps kickstart a resurgence back into the top half of the table; it should be Emi Buendia of Norwich City.

Buendia’s heart is clearly in the top-tier, but that doesn’t necessarily mean he needs to move club, although it may be difficult for The Canaries to keep hold of him amidst a host of interest. From their perspective, Buendia is pivotal for an instant return to the top-flight – something that will be worth far more to them than Emi’s transfer value.

Speaking with the Pinkun, the midfielder discussed his future:

“I have a big chance to get back [Premier League] with the team who gave me a lot of things in the last three years. It would be really good for me to get Norwich back to the Premier League.

“This club deserves to be there again because they are doing things in the right way.

“I don’t try to think about the future or other teams. People always say about rumours or links. No. I try to be focused each week to play games and do my best for my teammates, the coaching staff, the team, the fans, for everyone.

“We will see what happens in the future, but I tend to live in the present.”

If Arsenal’s Buendia chase is laboured, and Norwich simply can’t fend off his suitors, don’t rule out a Paris Saint-Germain switch. The French champions are likely to hire fellow Argentinian, Mauricio Pochettino, to replace Thomas Tuchel. The potential new man in Paris may firm up the current circling rumours between club and player. Borussia Dortmund, Roma, and Sevilla are all rumoured to hold an interest, and all three are known for signing young, undervalued talent.

BUENDIA TO ARSENAL: STYLE OF PLAY

Last season, the Argentinian midfielder stood out head and shoulders in a relegated Norwich team thanks to his dribbling, playmaking abilities, and defensive contributions. Arteta’s side have been lethargic in the Premier League this season. Buendia would bring the much-needed flair, vision, line-breaking passes, and tough tackling to Arsenal’s midfield.

Buendia is a tactically fluid footballer. The 23-year-old can play as one of the two attacking midfielders (number 8) in the 4-3-3. He can also be deployed as a number 10 in the 4-2-3-1, one of Arteta’s preferred systems. He could be the perfect midfielder for Arteta’s 5-2-3 system as well. Buendia possesses the ability to switch play effectively to release the opposite side’s wingback, and he can be the man to pull strings through the middle and provide defensive cover.

The Norwich man has registered six goals and seven assists in 16 championship games this season, following assisting 28% of Norwich City’s goals in the Premier League in 2019/20. Expect Buendia to raise his assist tally even more when supplying passes for Aubameyang, Lacazette, and company.

Buendia is brave and clinical with his passing, two qualities which Arsenal have lacked this season. If we analyse Buendia’s playing style, his game is moulded perfectly for playing at The Emirates. Buendia will bring toughness to Arsenal, along with Partey and Gabriel, something that has been The Gunners’ week spot since the days of Patrick Viera, Tony Adams, and a sound back-four.

The Norwich midfielder can dribble from midfield to create chances, is a keen worker in the defensive phase, and can shoot from a distance. Buendia averaged 2.4 successful tackles per game in 31 League games in 2019/20. The Arsenal target is a risk-taker; he doesn’t play safe passes to massage his stats. He averaged 2.5 key passes per game for bottom-of-the-league Norwich in the last campaign.

Buendia produced some stellar performances against the very best teams in English football. The 23-year-old registered assists against Chelsea, Tottenham, Leicester, and Liverpool. He also produced a commanding display when Norwich eliminated Jose Mourinho’s Tottenham in the FA cup in 2019/20.

Despite all these qualities, discipline is a bit of an issue with Buendia. He has a hot-headed nature, similar to other South Americans who have blessed the Premier League in recent years.

Emi Buendia is a dream player for his coaches. He wants to track back to help the defence, even though he possesses enormous attacking ability. The Gunners need penetrative runs, tenacity, and through balls for their forwards. Buendia would benefit massively by playing in a possession-based attacking side to display his eye-catching dribbling ability. Buendia to Arsenal makes complete sense.

On the other hand, if we were Norwich, there is no way he would be leaving. January should be interesting.