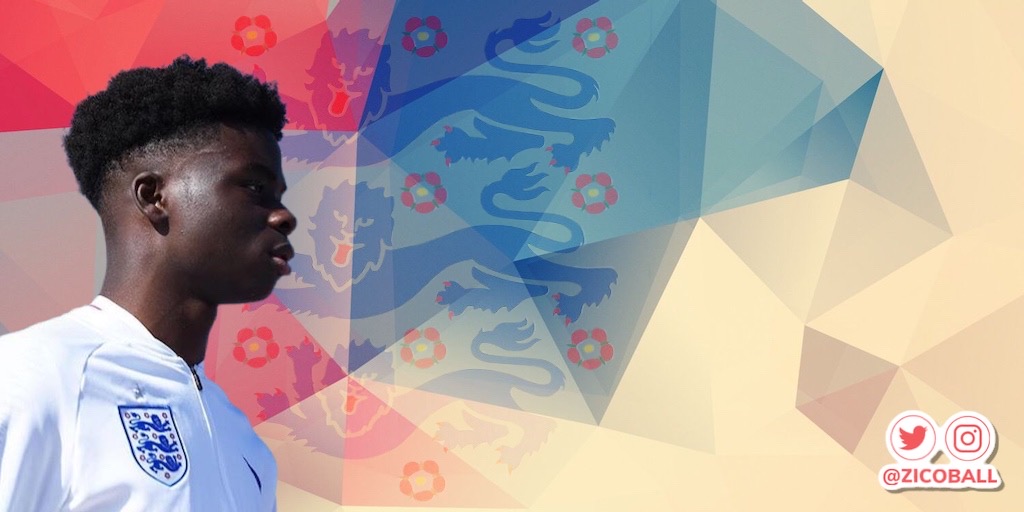 Despite what people may have been deluded into thinking following the 2018 World Cup, the England national team has glaring holes in need of addressing. None more so than at left-back. Whether it’s in a three at the back, enabling the left wing-back free reign to get up and down the left-hand side, or a left-back in a back four; England are deficient in that specific area of the pitch.

The options from the pool of natural left-backs are relatively thin; Ben Chilwell, Danny Rose, and Luke Shaw spring to mind. It’s not a rich plethora of options for England coach, Gareth Southgate. The injured Chilwell struggled defensively at Leicester since the departure of now Manchester United captain Harry Maguire, and Danny Rose is too busy bad-mouthing his teammates to play well consistently. Luke Shaw is a reliable option, but he lacks ideas offensively, meaning England at times are devoid of options on the left of the final third. Shaw’s unwillingness and inability to beat a man and cross the ball, think Benjamin Mendy or Andy Robertson, hinders his offensive output vastly.

However, there is one ultra-dynamic option which could be of use to the England boss. That option comes in the form of Arsenal’ forward’, Bukayo Saka. Now, you may be thinking, Saka? A forward? Why him? Let me explain why he works, in both a back 5 and a back 4.

First off, let’s look at the Arsenal man’s skill set. Physically, he’s top drawer. He’s fast, strong, and can run for long periods at a high intensity. It’s a perfect blend for a modern-day footballer, especially at the highest level.

Technically, his ability is very impressive; crossing, ball-striking with both feet, passing ability, the Englishman has it all. Saka has displayed his ability on both wings defensively and offensively, and from central midfield (although not his best role due to tendencies to drift far too wide, reducing central compactness). It is not farfetched to say he would be very adept in England white, regardless of position.

Now that we’ve looked at his what he can provide the England national team, we can move to how he fits within the two possible English setups – the 3-5-2 and the 4-3-3.

First up, the English World Cup formation. The back 3 allowed England defensive solidity and structure throughout the tournament, displayed by the fact they conceded just four goals in five games, culminating in the semi-final of the tournament. The back 3 and the wide defenders consisted of Harry Maguire, John Stones, and Kyle Walker, with the two wing-backs as Ashley Young and Kieran Trippier.

Fast forward to 2020, and we have a slightly different look to the side. Replace Kyle Walker with Aaron Wan-Bissaka, and Kieran Trippier with Scouse extraordinaire Trent Alexander-Arnold and the right side for England is looking as tough as any in world football. The left side, however, as mentioned earlier, is a much less daunting prospect – without Saka, of course.

Ashley Young presented his own issues, being a right-footer at left-back, creating balance problems for the England attack, and Saka fixes this. With the left side all to himself, he could maraud as and when he pleases. Whether he attempts to cross the ball or dribble to the byline to cut the ball back, he can be instrumental. Add to the fact his skill set lends to being a top-level 1v1 defender, and you have an impressive wing-back option.

Can you imagine link play with say, Mason Mount in the half-space, who is dribbling, attracting players and opening up spaces down the left for Saka to storm into and cross the ball in?

Whether it’s creating a crossing angle to set up a teammate, or manufacturing a shooting angle to try and score himself, Saka has extreme versatility in offensive areas of the pitch, thanks to his physical profile and his voracious runs from out wide.

Saka may provide a better option at left-back than both Luke Shaw and Ben Chilwell due to his ability to run at high speeds for long periods. Another reason is due to the lack of dynamism between the two. Saka offers some intangible excellence that cannot be provided by the other full-backs. With him being the lone wide-man, he will need such pace, explosion and ability with both feet. This will enable him to become a significant and dangerous player for any opposition that England face.

In terms of the overall balance of the team, Saka on the left in a 3-5-2 for England would be a good fit. The width he offers can be invaluable at international level, whether it’s against low blocks or in transitional play.

A 4-3-3 would present a very different proposition for England. The midfield would propose the same challenge for anyone going up against the Three Lions, but the forward line and the defence would be a different prospect. The front 2 would turn into a front 3 with the personnel being any three of Marcus Rashford, Raheem Sterling, Jadon Sancho, and Harry Kane. What I’d prefer to see would be Sterling in a false nine role, dropping deeper and linking play, with Sancho playing his role of facilitator for the ruthless Rashford.

The back-line would change, however. Harry Maguire would keep his place, but Joe Gomez would come in for the sluggish John Stones, and Trent Alexander-Arnold in the right-back slot.

The left-back role, of course, in this scenario, would go to Saka. His role remains similar, due to his dynamism and athleticism; however, it would likely mean a slight switch in priorities.

In the back 4, the likelihood is that Saka would spend a large portion of his time defending and then hurtling forward in transitions. Again, his individual set of skills means that he can be excellent defensively due to his 1v1 ability and physical capabilities. Offensively, his role gets even more straightforward. Saka would not have to take on as many dribbles and would have a lot more space to orchestrate overlaps. This is due to the presence of winger Marcus Rashford, who by his sheer presence, will leave space open for Saka to storm into and send cutbacks into the box until the opposing resistance breaks.

In a 4-3-3, England have more of a variety of options offensively. The concern would be compactness defensively, but that is a fixable issue with the correct personnel. If the English coaching staff elected to go with a more defensive and transitional scheme, as they should in the latter stages of tournaments, then 4-3-3 with the transitional threats in Rashford, Saka, Sancho, and Sterling could be deployed. With Alexander-Arnold spraying passes for the aforementioned to latch on to, it may be extremely problematic for all parties involved.

The reason Saka is the best bet here, again, is because he has such athleticism to deal with players 1v1 defensively and his decision making in transition. His ball-carrying ability and execution are of the highest order, and it offers a perfect storm for a player of his quality to perform at left-back for the English national team.

Overall, regardless of the system employed by England, the left-sided defensive role should be occupied by Bukayo Saka. He is up there with the most talented in the country at left-back and the best suited by far. Whether it’s Luke Shaw, Danny Rose, or Ben Chilwell, it doesn’t matter; they do not have the ability that this young man has.