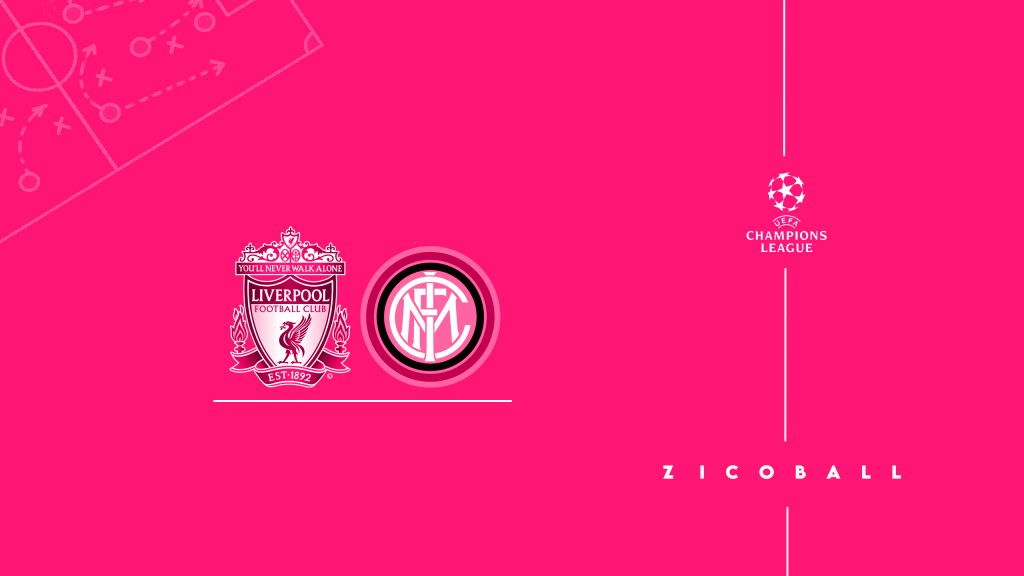 With the quadruple in their sights, Klopp’s Liverpool side await the Italians with the bit between their teeth. A 0-2 away victory ushers in the second leg, providing Inter Milan with a daunting task at Anfield.

Europe has witnessed 7/7 wins in the Champions League for Liverpool this season. The Reds stand imperious on the continent, swatting away anyone tasked to challenge them.

I feel a similar fate for Inter awaits once more. The onus is on Inter to come to England’s shores and attack. With the game state how it is, I won’t be surprised if this plays into the host’s hands.

Having to turn up at Anfield is one thing, but doing so whilst throwing caution to the wind? Dangerous.

Focusing on penetrating Liverpool’s defensive unit should offer space and areas to exploit in tandem. Counter-attacking opportunities will present themselves to the home side regularly. Simone Inzaghi will be well aware of the dangers, but what choice does he have?

Inter will need to silence the crowd and threaten from minute one to create the necessary chances to force two goals at Anfield. Unfortunately for the Serie A giants, this could ultimately be their downfall.

Similarly to the first instalment, I don’t envisage a bore draw or a 1-0 win under the lights. With that in mind, including over 1.5 match goals into the conversation seems like a wise first step. Adding Liverpool to win on bet365’s bet builder takes the odds to an appealing 1.80.

In Liverpool’s current form, they should highlight the step up in quality that the Premier League has over Serie A. The scousers have every chance of heading into the quarter-finals with eight wins from eight.

In an attempt to bump that 1.80 price up ever so slightly, there is a prop market that looks like a decent accompaniment. In the San Siro, Inter Milan registered 27 tackles to Liverpool’s 16. With the likelihood of Liverpool having the majority of possession at Anfield despite the game state, I’d assume more of the same to be on show in the second leg.

Bet365 have priced up their 17+ Inter Milan tackle line at 1.83. Playing it a touch safer with Over 14.5 tackles, we can take the original bet to 2.50 for those looking for a higher-priced fancy.