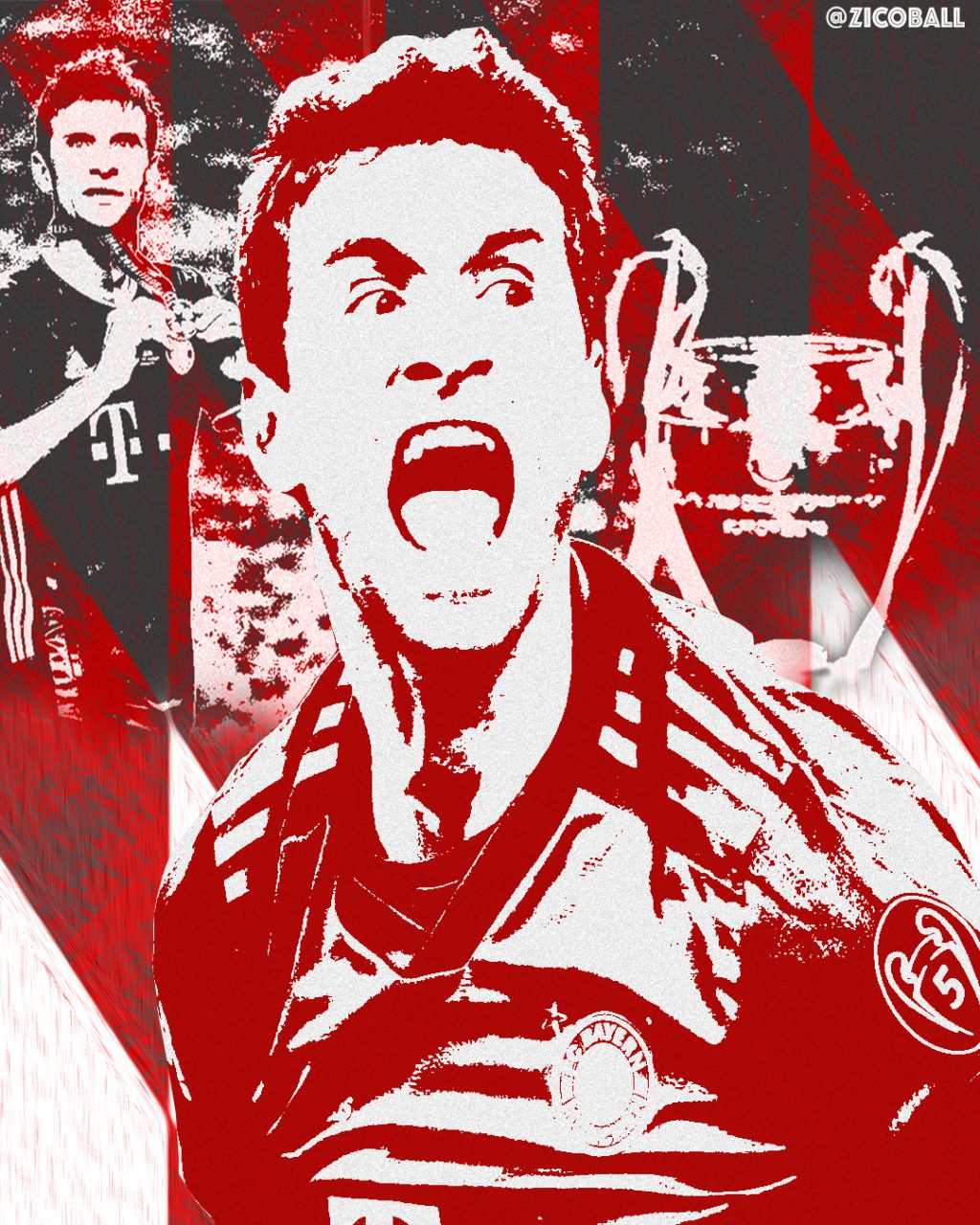 The draw for the Champions League round of 16 took place last week, with the matches scheduled for February of next year. In the meantime, injuries will happen, clubs will buy new players, and coaches may come into the firing line. Despite all of the above, rest assured the Champions League will deliver some fascinating matchups.

There is so much to discuss. Will Neymar be injured once again for the knockout stage, just as he had been from 2017 to 2019? Will Alejandro ‘Papu’ Gomez still be at Atalanta, following strong rumours of a dispute between him and Gasperini. We have Ciro Immobile against Robert Lewandowski and Marco Rose against Pep Guardiola.

Will Liverpool’s injury troubles continue to haunt them. Can Porto surprise Juventus and will a change of coach at Borussia Dortmund change fortunes? Let’s dive in and discuss which teams are likely to progress to the quarter-finals and why.

This European powerhouse tie was understandably the main talking point of the draw, with multiple back-stories to the mouth-watering clash. Ronald Koeman and Thomas Tuchel have not lived up to their respective expectations in their posts yet, and there are questions marks over whether each coach will be in their club’s hot-seats next season.

Ronald Koeman has looked out of his depth at Barcelona. The Catalan giants sit 5th place in La Liga, with just 21 points from 13 games. Koeman has struggled to find the right attacking combination, and Barcelona’s defence cannot be trusted in its current state. The lack of recovery pace of Gerard Pique, Clement Lenglet, Sergio Busquets, and Pjanic, is well documented. The thought of Kylian Mbappe, Neymar and Angel Di Maria running at them is genuinely terrifying.

Thomas Tuchel may have taken PSG to the Champions League final last season, but he has been in the hot seat for a while now. The Parisians have lost to Monaco, Lyon, RC Lens, Marseille, and RB Leipzig this season. PSG sit third in the Ligue 1 standings after 14 games. The Parisians are one point ahead of Marseille, who have two games in hand.

Thomas Tuchel hasn’t been helped with injuries to key players, but he cannot afford to be dragged into an unfamiliar title race in France. And who can forget the embarrassing elimination against an injury-hit Manchester United in the 2018/19 season? Tuchel and Leandro, PSG’s Sporting Director, seemingly don’t see eye to eye and a round of 16 exit will undoubtedly mean the end for the German in Paris.

Neymar Jr returns to the Camp Nou for the first time since his £222million, world record transfer to Paris. You might recall that Neymar took Barcelona to court over unpaid loyalty bonuses, providing an additional edge to proceedings. Furthermore, the Brazilian has blasted the Barcelona board on multiple occasions and even came close to rejoining Barcelona in the summer of 2019. Then, there is the small matter of Lionel Messi’s contract situation at Barcelona, with the Argentinian free to negotiate with clubs from the beginning of January – Paris being one of his potential destinations.

The individual brilliance of Mbappe, Neymar, Di Maria, Messi, Grizemann, Dembele, Veratti and Ter Stegn will decide who progresses to the quarter-finals.

This is a real clash of styles. We have Diego Simeone’s defensive approach against Frank Lampard’s bold, but flawed attacking side. Who comes out on top? Will it be the blistering speed and skill of Timo Werner, Hakim Ziyech, Kai Havertz, and Christian Pulisic. Or will it be Atletico Madrid’s 4-4-2, triumphing over an exciting English team, just like they did against Liverpool last season. This tie is not about whether Atleti can stop Chelsea; the focus is on whether Lampard’s side can breakdown a stubborn Simeone defence.

Lampard’s Chelsea has many qualities, but they must learn how to win in these difficult fixtures. Diego Simeone is a master of the dark arts, his troops will be highly motivated, and Atleti are most dangerous as the underdogs. Chelsea’s team selection and formation for this tie will be intriguing. Lampard has used 4-2-3-1, 5-2-2-1, and 4-3-3 during his managerial reign in London.

Simeone sprung a surprise by deploying a back five against Real Madrid in the recent Madrid derby. Yannick Carrasco played as a wing-back, but it was evident that the Belgian international didn’t take well to the defensive work as required. Atleti are unlikely to use this tactic against Chelsea.

The general feeling in Spain is that Real could have had a much tougher draw than this. Atalanta reached the Champions League quarter-final last season, thumping Valencia 8-4 on aggregate in the Round of 16. Gian Piero Gasperini’s side were seconds away from eliminating Paris Saint-Germain in the quarter-finals before Eric Maxim Choupo-Moting crushed the Bergamo side’s dreams of life in the semi-finals and beyond. However, Atalanta are not quite the same beasts they were last season.

The Italians have already dropped points against Verona, Spezia, Inter Milan, Sampdoria, and Napoli this season. There is reportedly a worrying dispute between Gasperini and Papu Gomez, with the captain recently left out of the critical Serie A clash with Roma. The Argentinian might not be at Atalanta in February and hasn’t played since December 1st. Gomez ignored Gasporini’s instructions in the 1-1 draw with Midtjylland and following him defying his coach, rumours of a January transfer has been circling.

Whatever happens, Gomez is the heartbeat of this Atalanta team. The Argentinian forms the triangles and opens up various passing lanes with his movement in Atalanta’s 5-2-1-2 system. The Italians’ attacking set-up will make it challenging for Real Madrid, but if Gomez leaves, Atalanta’s chances will perish.

Los Blancos have had a fascinating season so far. They have lost to Shakhtar Donetsk (twice), Alaves, Cadiz, and Valencia this season.

Zinedine Zidane was close to getting fired on multiple occasions, at least according to the Spanish press. Victories against Borussia Mönchengladbach in the last group stage game and the 2-0 win against Atleti showed that Zidane still has a few tricks up his sleeves and the dressing room is very much there for him. Real Madrid are the bookies favourite for the La Liga title, as they are to progress from this tie.

From a tactical point of view, this is the most fascinating tie from the Champions League draw. Julian Nagelsmann is extremely flexible tactically, and you can never be 100% sure about Leipzig’s formation or starting 11. The 32-year-old coach likes to mix things up by switching to a back five, but the preferred shape is either a 4-3-3 or a 4-2-2-2. Expect a lot of pressing, energy, turnovers in dangerous areas, and goals from both sides.

Jurgen Klopp and Nagelsmann faced off in the Champions League qualifier round in August 2017. Nagelsmann’s unfancied Hoffenheim took Klopp’s Liverpool to the cleaners in the first leg in Germany, with the home team unlucky not to get more out of the game which ended as a 2-1 victory for Liverpool. The Germans missed a penalty, and the Hoffenheim forwards missed multiple chances. On aggregate, the qualifying tie culminated in a 6-3 corker to Klopp’s men.

Expect this Round of 16 tie to be similar. Leipzig will cause a scare against the Premier League champions, but without a proven goalscorer, Nagelsmann’s team might come up short.

Liverpool’s constant injury worries can be a problem. However, if Klopp has the front three of Mo Salah, Roberto Firmino, and Sadio Mane, the Premier League champions should handle this potentially tricky Leipzig side.

City’s tie should be straightforward work for Pep Guardiola’s billion-dollar squad. Gladbach have had impressive results against Real Madrid, RB Leipzig, and Inter Milan this season. Furthermore, Marco Rose’s team needed Shakhtar Donetsk to draw against Inter Milan on match-day six to progress from the group stage by the skin of their teeth. The Bundesliga side will conflict damage to City’s defence, but Guardiola’s talented squad should be able to progress to the quarter-finals with few problems.

That is, unless, Guardiola does similar to what he did against Lyon last season when overcomplicating the formation and team selection. City lost 3-1 against the seventh-best Ligue 1 team from the 2019/20 season. On any given day, Guardiola’s handpicked, expensive squad should be able to get the job done against Mönchengladbach. Marco Rose’s side is better suited to play on the counter-attack – City fans will be hopeful but a little nervous.

With all due respect, Porto were seen as the most favourable draw in the Round of 16. The current Portuguese champions are third in the Primeira Liga.

This will be Andrea Pirlo’s first taste of European knockout football as a manager. The Italian has talked about his dreams of lifting the European Cup as a coach, and in Cristiano Ronaldo, they have guaranteed goals in the Champions League knockout stage. The only question is which Juventus will we get in February? Will we get the side which lost 2-0 at home against Barcelona, the team who dropped points against Benevento, Roma, Lazio, Verona and Crotone in Serie A this season? Or will we get the Juventus of that Pirlo has dreamt of creating? A team equipped with elite forwards, playing attractive expansive football.

On paper, this is a bit of a disaster draw for Simone Inzaghi’s side. Lazio put up a surprising, but firm challenge for the Serie A title last year, but they have struggled this season.

The prospect of facing Hansi Flick’s all-conquering Bayern Munich will be a scary thought. However, Bayern lost 4-1 against Hoffenheim, and they have dropped 11 points in the Bundesliga this season, perhaps shedding some light on Lazio’s tie.

This will be a straight shoot-out between Ciro Immobile, last season European golden boot winner and Robert Lewandowski, the UEFA player of the year. What tips this tie in Bayern’s favour is the qualities of their wide players. Lazio may have Immobile and Joaquin Correa upfront, they may have Serj Milinkovic-Savic and Luis Alberto in midfield, but Bayern’s threat from wide areas could prove fatal. The skill and speed of Leroy Sane, Serge Gnabry, Kingsley Coman, and Alphonso Davies should get the job done.

As previously mentioned, a lot can change between now and February. Dortmund fired Lucian Favre and decided for Edin Terzic to take over as interim head coach until the end of the season. Terzic has promised attacking football and outscoring the opposition. By the beginning of the Round of 16 ties, we will have a much clearer idea about this Dortmund team.

By this time of the year, Sevilla typically get themselves back to the Europa League, and their black magic continues. The Spanish side have won six Europa League crowns, but they are also capable of inflicting severe damage in UEFA’s flagship competition. Julian Loputegui’s side beat Inter Milan, Roma and Manchester United on their way to winning the Europa League last season, all of which can muscle their way into yearly Champions League qualification. Bayern Munich needed extra time to beat a resurgent Sevilla team in the Uefa Super Cup in September, highlighting the struggle they may pose to opposing sides.

The Spaniards are the bookies favourite to progress but do not count out the individual brilliance of Erling Haaland, Gio Reyna, Julian Brandt and Jadon Sancho.

Each Champions League round of 16 tie has a different story, with some set to develop even more so over the coming months. One thing is sure, however, and that is that the quality of football on display will be of a standard of which we’ve grown familiar.