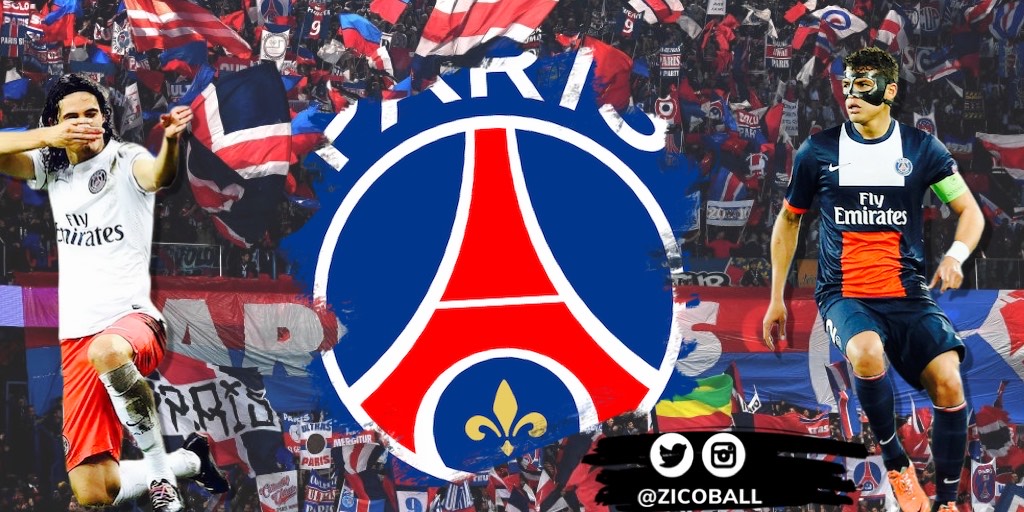 Reports earlier this week concerning a Thiago Silva exit make for an interesting summer in France’s capital. The 35-year-old Brazilian will be following Edison Cavani, 33, out of Paris Saint Germain’s door. Both contracts of the seasoned professionals are running to a close amid a baron period in France.

The global pandemic has forced Ligue 1’s decision-makers into choosing the health and safety of the club’s employees, over the resumption of fixtures. With eleven fixtures to play, PSG were crowned champions. An occurrence which almost seems commonplace amongst the PSG faithful who flock to Le Parc De Princes every other week.

A bittersweet ending in the league for the South American pair. Thiago Silva has marshalled PSG’s back-line across the country for the last time. Edison Cavani now not able to add to his eye-watering Ligue 1 tally.

However, there will be ample opportunity to pull on the jersey once more with the prospect of Champions League games on the horizon. There may not be any fanfare, no laps of honour to crowded stadiums, and no trophy presentations to devoted fans. They do, however, have a chance to etch themselves into PSG’s history some more.

A 3-2 aggregate win against Borussia Dortmund may have set up the chance for Silva and Cavani to realise the first Champions League triumph for PSG. Now that would be some send-off.

A €64m switch from Naples in 2013 earmarked the start of a fruitful period. Cavani, the most expensive player in France’s history, arrived seeking goals. The Ligue 1 debutant grabbed 25 goals in 43 games.

In 2017/18, Cavani announced himself as PSG’s all-time highest goalscorer. During a season of individual honours, the French champions forward line would include Neymar, Cavani and a promising 18-year-old Monaco loanee.

It wouldn’t be the only record broken that term for the former Danubio striker, as the Uruguayan became only the third player to score 100 goals in two of Europe’s five best leagues. Spells with Palermo and Napoli underpinning his fierce goalscoring exploits in France.

The other two marksman strutting their stuff in more than one of the big leagues? Gonzalo Higuaín and Zlatan Ibrahimovic.

Although a great servant for the club, it could be argued that this is the right time for Cavani to seek pastures new. With Mbappe, Neymar and the recently acquired £50m striker Mauro Icardi; PSG’s books are not lacking goalscoring talent. Icardi signs a four-year deal after a season on loan in the French capital.

The signing of the Argentinian is most certainly a step in the direction to life without Cavani. If Icardi can replicate even half of Cavani’s output, the transfer will be deemed a roaring success.

Rewind seven Ligue 1 titles in eight seasons, and we land at the feet of Thiago Silva’s €42m switch from the red side of Milan. A defensive titan forged on the shores of Rio de Janeiro.

RS Futebol, Juventude, and Fluminense would act as Brazillian based work experience for a glittering European career at two of the continent’s imposing giants.

Twenty-three trophies with PSG following a Scudetto triumph with Milan in 2010/11, makes the Brazillian’s playing career a successful one. Andrea Pirlo, Clarence Seedorf, Alessandro Nesta, Ronaldinho, Neymar, and Mbappe, to name a handful, can be called former or current teammates by Silva. After sharing the field with such supreme talent, it’s a wonder how Silva hasn’t come close to winning UEFA’s flagship domestic European tournament.

The wages that a central defender of Silva’s stature currently commands from the French champions is hefty, and is likely to be at the forefront of any reasoning by club officials to let their captain leave.

It’s reported that north of £300,000 per week is the going rate for a defensive stalwart with 88 caps for Brazil. A sum which will need to be reduced drastically as the 35-year-old seeks his next move.

Silva’s performances in France have been mightily impressive. On more than one occasion, he has been touted as the best defender in world football. To pick just one comment, from one of the best central defenders in recent history…

The talent and experience that PSG are set to lose from their back-line must not be understated. Silva has featured in 21 of 27 games in Ligue 1 this year and is clearly still a prominent figure on and away from the pitch. There will be a Silva shaped void that will be extremely difficult to fill.

Silva is reportedly keen to extend his stay in Paris as he seeks a one-year extension. The noise resonating from the club’s hierarchy, however, is one that’s intent on focusing on the next generation. Silva’s compatriot Marquinhos is primed to assume the leading defensive mantle after years of learning from the departing Brazillian.

Presnrel Kimpembe, Thilo Kehrer, and Abdou Diallo, are the home-grown centre-back talents who will fight to fill the space vacated by Silva. PSG youngster, Tanguy Kouassi, is tipped for a bright future and is also rumoured to be leaving France following the end of his contract this summer. A switch to German champions, Bayern Munich, is on the cards.

Let’s not forget, PSG’s spending power is not likely to stop at Icardi’s transfer this summer. Kalidou Koulibaly, Napoli’s Senegalese defensive stalwart, is on the radar for a fee in the region of £70m.

Out of contract and vacating France

Reports in recent weeks have placed the pair at numerous clubs starting next season, in several countries. Thiago Silva to Everton, Edison Cavani to Atléti, Silva returning to AC Milan, and Cavani teaming up with David Beckham at Internazionale Miami in America.

Cavani was heavily linked with an Atleti move to La Liga in January. Diego Simeone has reportedly sanctioned a 15m for the striker that was rubbished by PSG officials with a view of keeping him for the season in their push for Ligue 1 and Champions League glory.

The rumours are countless, and their opportunities are endless. Wages may be a stumbling block although if a side is willing to stump up the necessary goods, either player would be a welcome addition at the top level.

A wealth of experience, presence, winning mentality, and ability, are still evident for all to see. Could a Premier League switch be on the horizon? A final push for Champions League silverware?

That is, of course, if PSG don’t clinch it in the eleven Champions League days in Lisbon, in August. Keep an eye on these two; their next clubs may just surprise a few.