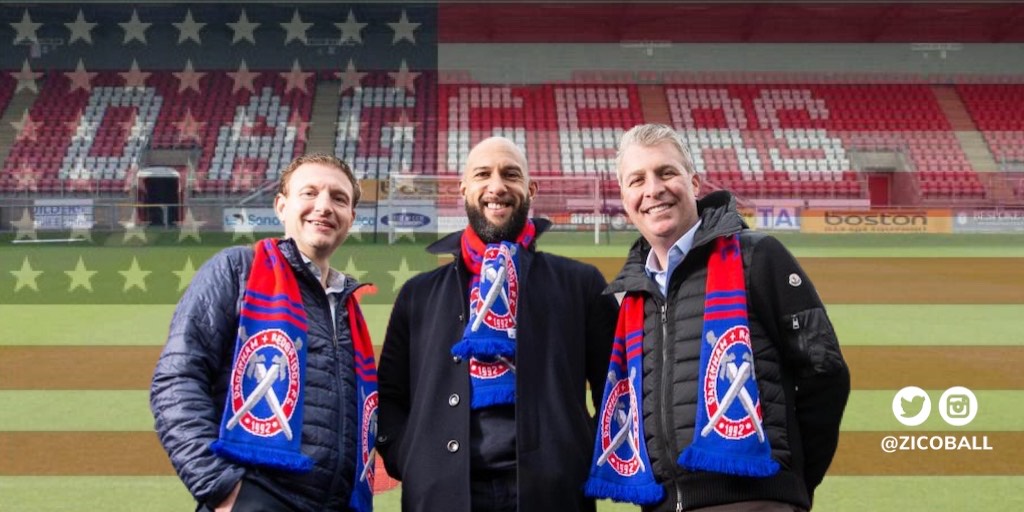 Despite currently being in the fifth tier of English football, I’m sure most people would have heard of Dagenham & Redbridge. The Daggers have been on a rollercoaster of a journey in their short existence.

After being formed following a merger between Dagenham and Redbridge Forest in 1992, the club has witnessed its highs and lows. From the heights of League 1, all the way down to the Isthmian League, and even giving Premier League outfit, Everton, a scare in the 2016 FA Cup. However, in September 2018, Dagenham nearly went out of existence altogether.

A financial crisis engulfed Dagenham. It reared its ugly head during the 2017/18 season, where the club struggled to cover losses after the former director, Glyn Hopkin, resigned and ceased funding the club. Dagenham & Redbridge’s future was left in considerable doubt.

A fundraiser friendly against West Ham was arranged, at the club’s home. The Chigwell Construction Stadium was the stage where the likes of Mark Noble, Adrian, Pablo Zabaleta, and Patrice Evra performed. Michail Antonio bagged himself two goals in a 3-1 win for the hammers, in front of over 4500 fans. The match raised enough funds for the team to see out the rest of the season.

Former England caretaker manager, Peter Taylor, was employed ahead of the 2018/19 season, to bring some experience to the team, while working with a limited budget.

The Daggers’ officials were hoping that Taylor could bring a calming influence to the club, and most of all, points on the board. It seemed like a good fit for all involved.

Playing in the National League, a miracle would be needed to save the fate of the club. That miracle came, and in September 2018, Trinity Sports Holdings arrived, aided by a familiar face in the footballing world. Former Everton, and US International shot-stopper, Tim Howard. The goalkeeper who is most well known for his safe hands on Merseyside, kept 132 clean sheets in 399 Premier League appearances. Now, he lends a hand as part of Dagenham’s new ownership

English football is not alien to American investors. Many make the transatlantic trip to govern in board rooms up and down the country. In Liverpool, we have John W. Henry, and Fenway Sports Group, who also own Boston Red Sox. In Manchester, the Glazers chose the red fraction of the city, in the hope of basking in its on-field exploits, alongside the obvious commercial draws.

It’s fairly obvious why Fenway Sports Group, and the Glazers, made such investments. Two massive clubs, residing in the upper echelons of their sport. But, Dagenham and Redbridge of the National League? Why The Daggers?

Networking, that’s how. During The Daggers’ FA Cup tie with Everton in 2016, conversations held between club officials led to the meeting of Steve Thompson and Steve Horowitz. Steve Thompson, the managing director of Dagenham and Redbridge, and Steve Horowitz, a partner at New York consultancy firm, Inner Circle Sports. The pair met during one of The Daggers’ most memorable days.

Horowitz asked Thompson to get in touch if there was ever a time the club needed an injection of finances, as his firm may be in a position to help. A comment which can be often heard at networking events but rarely acted upon. Clearly, in this case, Horowitz was the exception to the rule.

Glyn Hopkins’ resignation came, all funding stopped, and the club was in real bother. As Thompson scrapped for Dagenham’s survival, he contacted Horowitz who was able to serve up a light at the end of the tunnel.

If you would have told even the most ardent of Daggers fans that Tim Howard and a bloke with a holding in the Yankees would be involved in the club; well, it’s safe to say you would have been laughed out of the room.

Life can throw up surprises, and the surprising American involvement at Dagenham is a pleasant one. It has seen positivity and a clearer direction shone on the National League side. It not only saved the future of the club, but it also allowed Taylor to secure some key signings, including current club captain, Kenny Clark.

Despite having some poor results after a positive start to the season, the Daggers were able to secure their place in the National League for the 2019/20 season. The new ownership injected a lot of money into the club during the summer of 2019. In terms of transfers; it enabled the signings of Watford Youth player, Andrew Eleftheriou, and promising Reading U23 loanee striker, Ben House.

Finances were also funnelled into improving the stadium. New additions included a modern scoreboard, redevelopment to various areas such as the club shop, and a new welcome sign for the outside of the ground.

Nike, a world-renowned brand which represents some of the top teams in the world, including Barcelona, Manchester City, and PSG, signed a deal with the Daggers. The American owners engineered the deal that included a new design home kit which didn’t go down particularly well with fans. However, I’m sure a return to traditions will make a comeback soon.

The American owners occasionally find time to come and watch a game, and it’s always a great occasion. Dagenham’s biggest win of the season coming in a 6-1 thrashing of Aldershot Town, while they were in attendance.

After a good start to the season this year, the Daggers soon found themselves in a relegation fight, just two points above the drop zone heading into the new year. This run of form forced the club to part ways with Peter Taylor. Daggers fans had been frustrated for a while citing poor tactics and choice of personnel on the pitch.

18 months in charge of the club for Taylor. His side sat 18th in The National League. The Daggers has failed to register a goal in 18 of their matches in 2019. 18, unlucky for some. From England caretaker in 2000, to failing with a team in the fifth-tier of English football. Peter Taylor’s managerial career had mirrored that of The Daggers; a rollercoaster of sorts.

A new, young manager, was employed in the form of Daryl McMahon. McMahon had only been in management for six years with Ebbsfleet United and Macclesfield Town respectively. The former Leyton Orient and Boreham Wood player was able to turn results around and even secured a place in the Essex Senior Cup Final, before the coronavirus pandemic put a stop to the season.

The Daggers finished only two points above the relegation places following the premature cancellation of the league; a disappointing campaign by any stretch of the imagination. Dagenham will embark on another year in the National League, however. Whenever the new season begins, the Daggers will be looking to push for a return to the promised land of the English Football League.

It won’t be an easy task, but under the stewardship of Tim Howard and company, a pilgrimage up England’s football pyramid cannot be ruled out entirely.