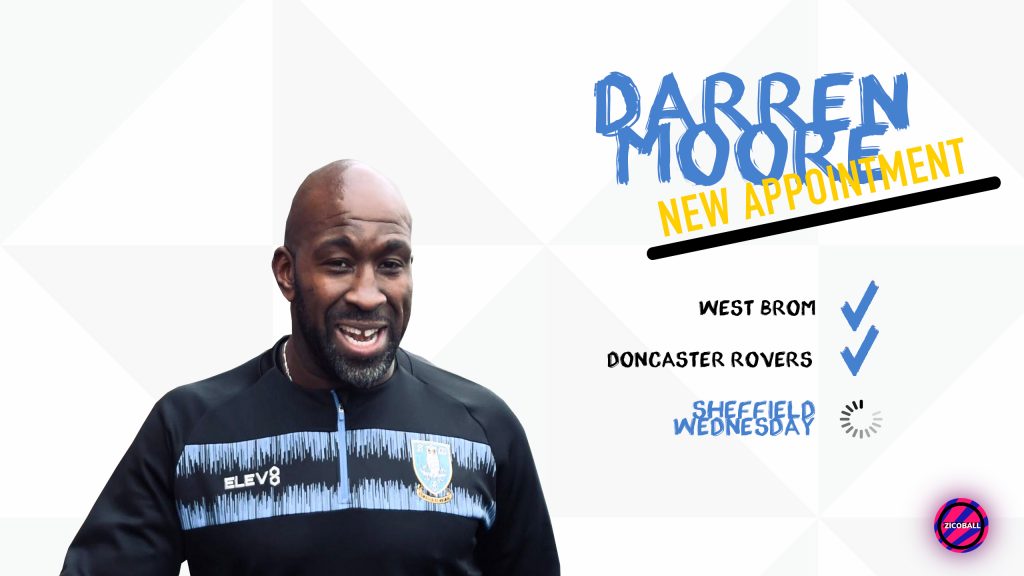 A club on the peripheries of disaster, Sheffield Wednesday, are now on their last chance to loom in their bid to secure Championship football for another season. Every unthinkable situation can happen at a football club, has more or less happened at Hillsborough in the last few months; sometimes simultaneously.

The Chansiri era started with a fresh sense of optimism following the appointment and subsequent success of Carlos Carvalhal, with the Portuguese manager, currently in charge of Braga for a second time, leading The Owls to the brink of Premier League football on two successive occasions.

Sheffield Wednesday is ultimately a walking disaster. Managers are set up to fail. After an eventual 6-point deduction following the Club being found guilty of breaking EFL spending rules, Gary Monk was sacked in November following a poor start to the season. His successor, Tony Pulis, was relieved of his duties only 45 days into his post after picking up one win from 10 games.

After an initial sense of hope following an upturn in form under caretaker manager Neil Thompson, a fourth consecutive league defeat against Luton Town proved a cry for experience. Now seven points adrift of safety, Darren Moore has the biggest challenge of his managerial career thus far following his appointment from League One promotion hopefuls Doncaster Rovers.

WHAT CAN Darren MOORE BRING TO SHEFFIELD WEDNESDAY?

Albeit a third managerial appointment and Wednesday’s last chance to stave off the daunting prospect of relegation – Darren Moore’s arrival is the bold and exciting appointment that the Sheffield Wednesday fans have been wanting for some time now.

The 46-year-old boasts Premier League experience after taking caretaker charge of West Bromwich Albion in 2018 and being awarded Premier League Manager of the Month. After being unfairly let go from his role with the Baggies the following season, Moore was appointed as Doncaster Rovers manager in July 2019.

Moore massively over-achieved during his tenure at the Keepmoat Stadium, establishing Doncaster Rovers as a solid League One outfit. Some stand-out results over the course of the season against Charlton Athletic, Portsmouth, Blackburn Rovers and table-toppers Lincoln City have more than highlighted Donny’s progression.

Despite a limited budget at his disposal, Moore immediately attracted his admirers for his entertaining style of play and his innovative management style with his current crop. The recruitment and emphasis on younger players was admirable and something that Moore ultimately built his successful foundations. 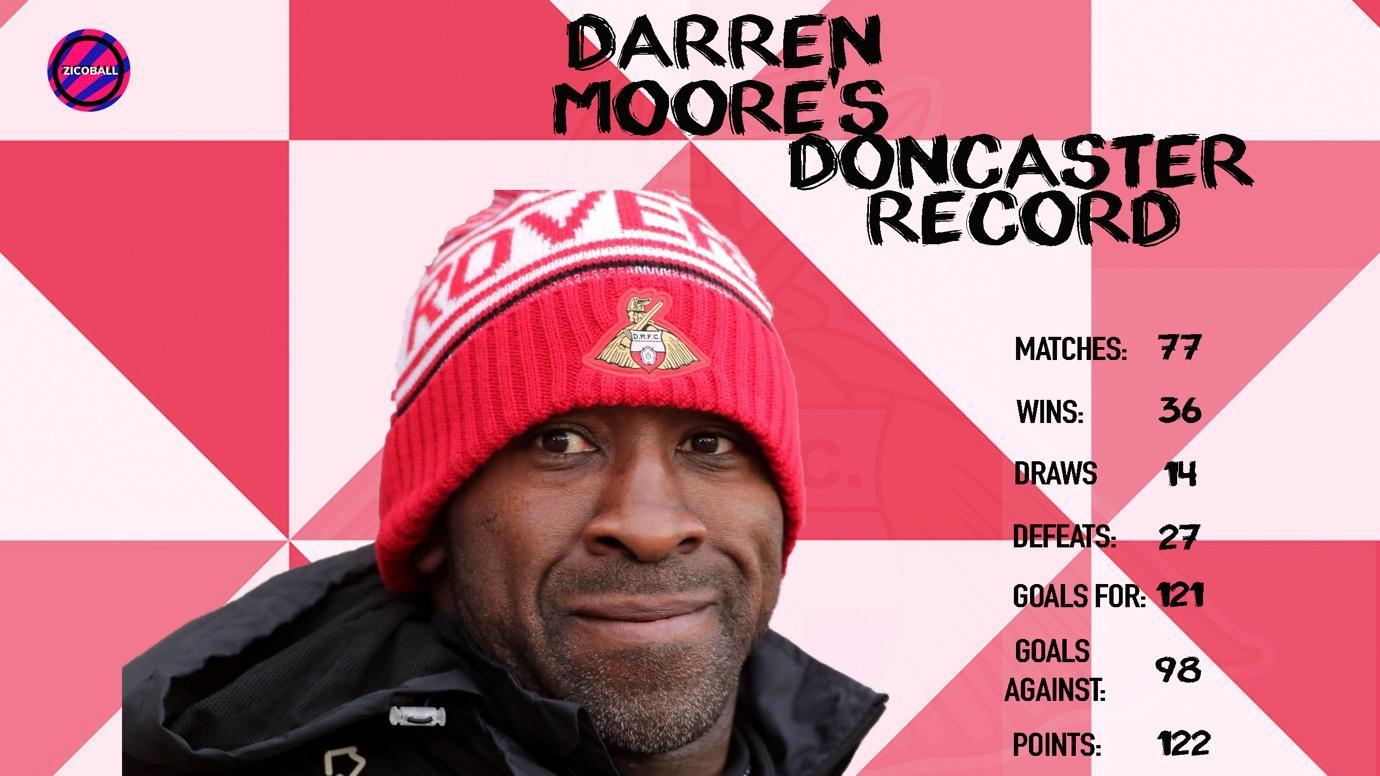 Despite an abundance of loans and free transfers, Moore brought in his players and gave them a platform to succeed and show their capabilities – something Neil Thompson briefly introduced as a mini-renaissance during his brief spell as caretaker manager.

Two examples of this are Taylor Richards and Fejiri Okenabirhie, two players with a lot of ability but in need of a manager to instil confidence in them to make enable expressiveness in the final third. Moore put together a young and hungry squad and carved them into one of the top-performing outfits in League One this season.

A SQUAD OF EXPERIENCE & QUALITY AT HIS DISPOSAL

The trust Moore has built during his managerial spells at West Brom and Doncaster Rovers, respectively, will have been a major attraction for the Owls.

Wednesday currently find themselves in the relegation zone, but their squad doesn’t exactly reflect their current predicament in this campaign. As shown at Doncaster, Moore will undoubtedly inspire an entertaining style of play with a high tempo and will not deviate from this. With time against him to keep Sheffield Wednesday in the Championship, Moore will have to forego some of his usual detailed work but is more than capable of getting the best out of his talented crop.

Where will all these players fit in Moore’s preferred 4-2-3-1 formation? It’s fair to say there is plenty of youth, talent and experience to work with. Barry Bannan and Sam Hutchinson sitting in front of the back four, whilst Isaiah Brown can operate behind the striker and show his attacking qualities. With the forward options that Sheffield Wednesday have in Jordan Rhodes, Jack Marriott, Elias Kachunga, Callum Paterson and Jordan Windass, Moore could even be tempted to use two strikers up front and stick with the 3-5-2 formation that they have been familiar with throughout this season.

Ultimately, it’s the fundamentals that Sheffield Wednesday are getting wrong. The very basics. For example, not leaving a striker unmarked at the back-post in the last minute or not having the tenacity to track your runner from the edge of the box. It’s the simple things that the players aren’t doing that need to be thrashed out on the training ground if the Owls are to avoid relegation. It’s as simple as that.

Darren Moore looks like the missing piece to that puzzle. He’s not known to overly criticise a player if they do something wrong or overly-laud a player if they have a blinder. He’s very constructive in his feedback which keeps the players grounded and determined to do even better.

Over to you, Darren…

Along with his right-hand man, Jamie Smith, Moore is more than capable of mounting a serious push to avoid relegation this season. Sheffield Wednesday are in a deep crisis but have the players (on paper) to get themselves out of this mess and secure Championship football for another season.

Like we said with the other appointments in Monk & Pulis, he is a safe pair of hands to guide Wednesday back on the right track. Even if the Club were to get relegated this season, Darren Moore will have a long-term plan to stabilise the Owls and lay solid foundations down for the future. After all, that’s what they’re in desperate need of.

Whether Moore will be a success at Hillsborough remains to be seen, but one thing we know for sure is that the Owls have landed themselves a methodical, detailed and highly-respected coach.

Three losses to the start of life in Sheffield won’t have dampened Moore’s spirit, but him and his side will be desperate to get some points on the board at home to Huddersfield Town tomorrow.

Over to you, Darren.