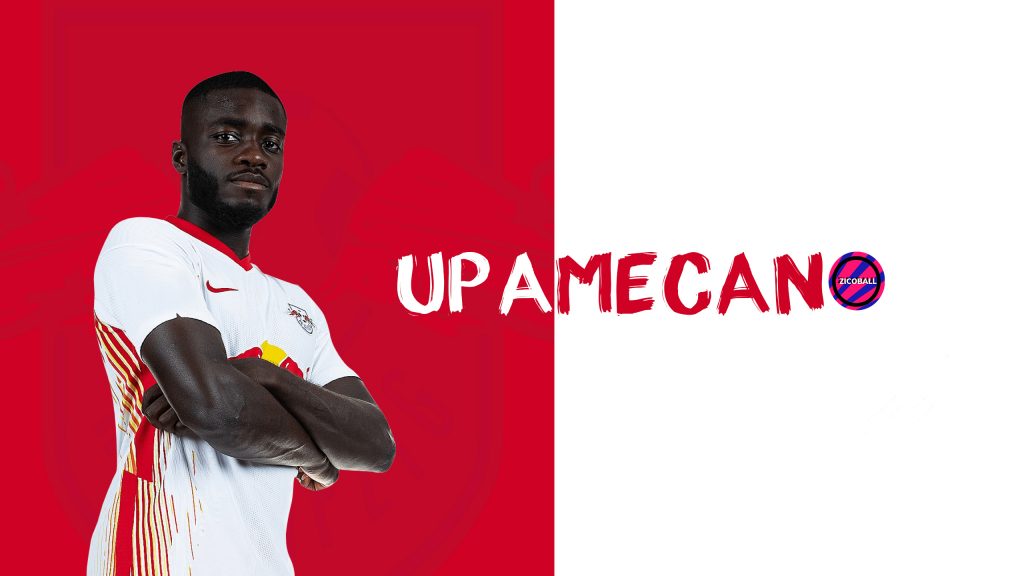 Dayot Upamecano is one of the most highly-rated central defenders in world football. The French defender currently plays for RB Leipzig in the German Bundesliga and is attracting suitors from across Europe. Upamecano is tied to a contract until 2023 having recently penned a new deal, although it’s hard to foresee a situation where his buyout-clause isn’t activated in 2021. The fee to prize him away from Leipzig? A reported £36.5 million.

The young defender is a product of Red Bull’s footballing empire, signing for Red Bull Salzburg of Austria in 2016. After just one season at Salzburg, he made the switch to RB Leipzig, the German outfit who share a healthy connection with Red Bull’s finances. Leipzig’s number 5 is to be courted by a handful of elite European clubs come the transfer window, with rumours intensifying around a January move to Merseyside following Virgil Van Dijk’s season-ending injury.

Upamecano possesses speed, strength, ball-playing ability and otherworldly composure to beat the press of opposing teams. The Frenchman had a breakthrough 2019/20 season, where RB Leipzig reached the Champions League semi-final. Upamecano’s stellar performances saw him named in the UEFA Champions League team of the season for the 2019/20 campaign.

NEXT DESTINATION FOR DAYOT UPAMECANO?

As already mentioned, the Leipzig centre-back is in high demand. Manchester United, Liverpool, Real Madrid, and Bayern Munich are strongly linked, but rest assured he would be a considerable loss to his current club. RB Leipzig’s sporting director, Markus Krösche, spoke of Upamecano’s current situation; “Dayot only extended his contract in the summer. He made a conscious decision in favour of us because he sees this as the best opportunity for further development. We are very happy about that. Dayot is concentrating fully on RB Leipzig.”

The lack of contract talks with David Alaba at Bayern Munich may suggest, to those of a cynical nature, that plans surrounding central defensive options are in motion. Upamecano’s representatives haven’t been contacted by anyone in Bavaria according to Krösche, although Bayern has previous when it comes to pinching a world-class centre-back from the Signal Iduna Park.

Ole Gunnar Solskjaer has overseen calamitous performances from his back four this campaign. Despite an improvement since games earlier on in the season, it could be argued that Maguire needs a reliable, consistent performer next to him. Victor Lindelöf’s showings have improved, and United supporters must wish Eric Bailly and Axel Tuanzebe were made of stronger stuff. Upamecano, on the hand, would be an upgrade on them all and would be a real statement of intent from the board.

Jurgen Klopp is in a tricky situation 40 miles away on Merseyside, bogged down with injuries to his defensive line, and facing a season without his defensive stalwart. Nat Phillips, Rhys Williams, and Fabinho are filling in for Van Dijk effectively, but for that to last a whole season while competing in the league and Europe may be asking too much.

Anfield would be the perfect next step for this mercurial talent. Upamecano would likely form a formidable partnership with Van Dijk for years to come, but whether Liverpool will stump up the necessary finances or not is a different subject entirely. Still, let’s compare Upamecano’s 2019/20 stats with Liverpool’s Premier League-winning defence.

Upamecano averaged 2.0 successful tackles per game at a success rate of 74%, the same as Virgil Van Dijk. The Frenchman did average more tackles, and his success rate was higher than Joel Matip (65%) and Joe Gomez (66%). One of Upamecano’s best qualities is his passing range. He registered better-passing numbers than Gomez and Matip, with Van Dijk outshining Upamecano with a similar pass success rate of 89.1 per game.

Alongside the numbers, Upamecano undoubtedly passes the eye test. We have seen a lot of discussion surrounding Real Madrid’s centre-backs since the absence of Sergio Ramos due to injury. Can Raphael Varane, who has excellent recovery pace, lead a defence in Sergio Ramos’ absence? Upamecano seems like the ideal addition if the Real Madrid hierarchy wishes to dip their toe in the transfer market. He is comfortable in coming out to engage with forwards, and he has the speed and understanding of match situations to make recovery runs – an improvement on fellow countryman Varane, and Ramos’ long-term replacement, perhaps?

PLAY-STYLE AND ROOM FOR IMPROVEMENT

Despite being only 22-years-old, Upamecano is a household name because of his tackling, game awareness and passing range from the heart of the defence. This isn’t a defender who plays safe passes to massage his stats, Upamecano is a risk-taker, but still, he has a pass success rate of 90.39 this season.

Despite his muscular frame, and him standing at 6 “1, Upamecano’s maximum speed is 35.39 km/h, according to official Bundesliga statistics. This makes him the third-fastest player in Germany’s top flight. In a league that has speedsters like Serge Gnabry, Leroy Sane, Kingsley Coman, Konrad Laimer, Alphonso Davies, and Marcus Thuram, Upamecano’s figures are imposing.

Irrespective of the abundance of qualities and unrestricted potential, Upamecano is not a finished product by any means. The Frenchman is growing as a person, and continuously developing as a footballer.

Upamecano has had some standout performances for Leipzig and his commanding display against Atletico Madrid in last season’s Champions League quarter-final raised his stock. Still, Upamecano has been caught in no man’s land on multiple occasions. The Leipzig man has made some high profile mistakes.

Last season, Julian Brandt spun him around for his first goal in the 3-3 draw with Borussia Dortmund. Marcus Rashford beat him with a dribble for his second goal in Leipzig’s 0-5 loss to Manchester United.

The reasoning for highlighting specific goals was to suggest that Upamecano is not quite a finished chapter. It is easy to be impressed by his speed and bravery on the ball, but elite defenders do not get exposed so often. The Frenchman does make some rash challenges, but he is only 22-years-old.

Upamecano has much to learn, although according to those close to him, he is a student of the game. He has the potential to become the very best defender in football, and in Julian Nagelsmann, Upamecano has a brilliant coach who will improve his game.

The Premier League seems like the likeliest destination in the next chapter of Upamecano’s career. For a defender who posses composure beyond his years and abilities to marshall any defence, don’t be surprised if a European giant or two come knocking.