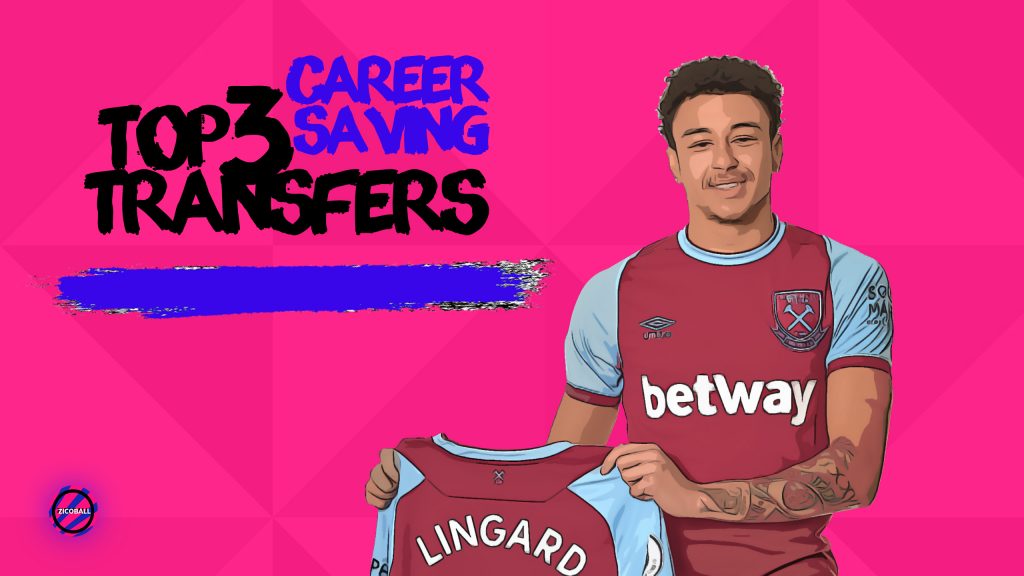 Having failed to make a single Premier League appearance this season, it’s safe to say that Jesse Lingard has fallen down the pecking order at his boyhood club, Manchester United. Ole Gunnar Solskjaer was keen to keep hold of the loyal midfielder with a busy upcoming fixture list. However, Lingard was reportedly desperate to move out on loan and strengthen his claim on returning to the England squad, ready for the Euros this summer.

At 28-years-old and with only one goal in two years to his name, it could be said that Lingard’s best years are behind him. But having carried the pressure of Manchester United’s expectations on his shoulders for so many years, it appears a fresh start in East London could be the perfect remedy to an overwhelming and exhausting situation.

With confidence running high at West Ham United, Lingard will be a welcomed presence both on and off the pitch. A flair midfielder, who possesses pace, skill, a strong ability to take on defenders and make a killer pass, Lingard’s qualities will undoubtedly fit Moyes’ counter-attacking system.

Lingard will face tough competition for places with Pablo Fornals, Said Benhrama, Manuel Lanzini, Jarrod Bowen and Andriy Yarmolenko pushing for a starting spot. But with Moyes’ pedigree of getting the best out of his players, an injection of confidence and clear tactical direction could be key in unlocking Lingard’s undoubted qualities and helping West Ham push for a European position this season.

With Demarai Gray’s contract set to expire this summer, his Leicester City career has come to an end, courtesy of German club Leverkusen. Despite winning a surprising Premier League title in his debut season, it has been a testing time during his five-year spell at the club, having only scored 13 goals and provided 12 assists in 169 appearances for the Foxes.

A wonderful talent and still only 24 years old, it is clear that his lack of opportunities in recent years has largely been down to the consistency and high levels reached by fellow teammate, Harvey Barnes. First-team football is something the winger craves and, more importantly, needs, if he is to reach the dazzling heights he seemed capable of during the early stages of his career.

As Gray possesses pace, skill, and the ability to whip a clinical cross, it has seemingly become convenient to use his direct skills as an impact substitute, looking to grab the game by the scruff of the neck and drive the opposition further into their half or push for a late goal.

With a desire to prove he is worthy of a starting spot, the former England U21 international will take huge inspiration from fellow countrymen Jadon Sancho and Jude Bellingham. Both have shone since establishing themselves in Germany with Borussia Dortmund.

Having never won a Bundesliga title, Leverkusen have been assembling a strong squad to try and challenge the unstoppable force of Bayern Munich. Utilising an ever-present 4-3-3 formation, Leverkusen’s attacking width and focus on pressing the opposition’s defence from the front are all strategies that play perfectly into Gray’s abilities. Leon Bailey, Moussa Diaby and Karim Bellarabi will make a consistent run of games a challenge for Gray. But with a huge point to prove, it is one he will most definitely accept.

It is always surprising to see an English talent so keen to move away from the Premier League. Nonetheless, it seems that for Demarai Gray, establishing himself on a regular basis is one thing, but crucially giving his talent a home is another.

Former ‘wonder-kid’ Dele Alli has been another player to seemingly fall down the pecking order. The arrival of Jose Mourinho at Tottenham last season seemed like a positive one for the 24-year-old England international. But with only 75 minutes of football this season and no goals to his name, it is clear Alli cannot be trusted to deliver on the big occasion.

An undeniable talent, many fans were left shocked by the revelations of Amazon Prime’s documentary series ‘All or Nothing: Tottenham Hotspur’, where Mourinho called out his star midfielder in front of the entire squad for being a “fucking lazy guy in training.” A damning accusation that was truly the beginning of the end for their working relationship.

PSG’s new manager in charge, Mauricio Pochettino, is, of course, the man who brought Alli to White Hart Lane back in 2015 and is supposedly keen on a deadline day reunion with his former rising star at the French champions.

Having operated a mixture of 4-3-3 and 4-2-3-1 formations since his arrival, Pochettino will unquestionably be desperate to add strength in depth to his squad. Alli’s familiarity with his tactical decisions and style of play will be a sizeable boost to both his confidence and form.

Usually operating in the number 10 role, Alli will face tough competition from Neymar and Mbappe to nail down a place in the team. But with an injection of faith and trust instilled to him by Pochettino, it may not be long before we saw Dele dictating attacking play in Ligue 1, contributing to goals/assists and creating devastating partnerships as seen previously with Harry Kane.

With the Euros just around the corner, Dele will be keen to kick-off where his scintillating story left off, and book his place on that plane. Will a deadline day move materialise?