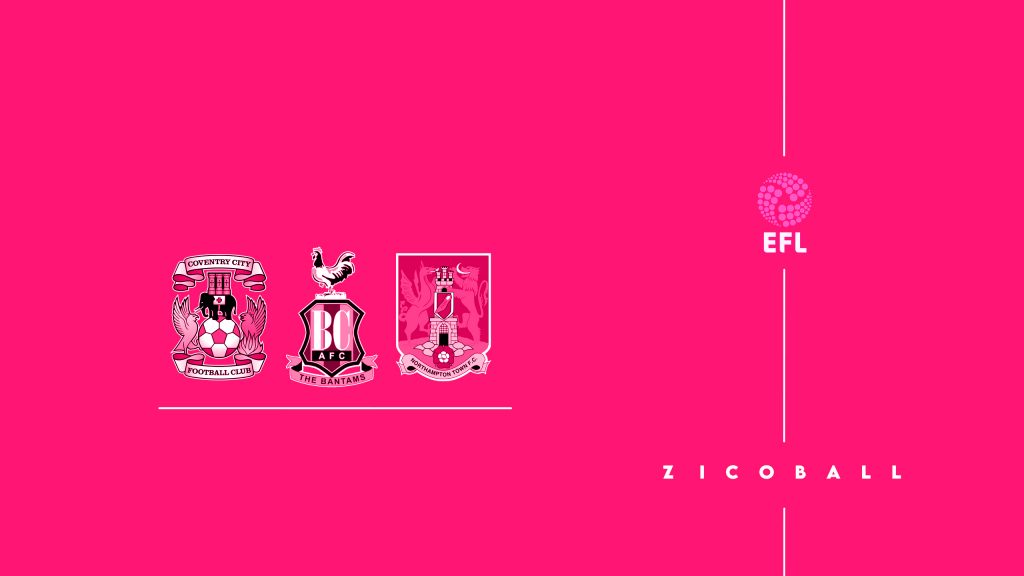 With the ongoing situation surrounding the pandemic and the need to isolate, the landscape for football league clubs without a wealth of superstars on the bench could be a difficult one. Today, we’ve plucked out three instances where injuries and/or COVID have had a part to play in a handful of appealing selections.

Michael Olise’s Premier League departure in the summer was hard to stomach for fans of a club under the struggles of a transfer embargo. But now Ejaria, Joao, and Meite also face spells away on the sidelines for Reading, who are already stretched in terms of bodies.

With findings suggesting that Reading breached the EFL’s profit and sustainability rules, the Royals can only sign free agents at a maximum weekly wage of £8,500 – a situation encouraging a bleak cloud over the upcoming campaign at the Madejski Stadium.

Veljko Paunovic has just 15 senior players at his disposal to choose from after playing Bristol City on Tuesday. The Royals were 2-0 down in 15 minutes against the Bristolians, a match-up which ended in a 3-2 loss.

Reading have now conceded three goals on three separate occasions in 2021/22, having played just four games at the start of this campaign.

A spirited fightback from Coventry on the season’s opener announced their return to the newly branded Coventry Building Society Arena with a bang. A 96th Kyle McFadzean winner (2-1) put Nottingham Forest to the sword and was enough to rile a raucous home crowd.

Reading stand as Coventry’s next Championship opponent in their “new” home, likely to face a 20,000+ strong sky blue contingent. Coventry have scored over 1.5 goals only once this campaign, but with the return to a joyous home crowd and Reading’s current injury woes, 6/5 feels like a generous price.

Coventry managed to score 2+ goals in only 10/46 Championship fixtures last term. However, it was their home form that ensured a prolonged stay in the division.

Coventry finished 8th in the Championship’s home table, whilst four wins from 23 fixtures had the West Midlands club in a lowly 21st position when focusing on the league standings for away outings. Nevertheless, Coventry can build on their win against Nottingham Forest this weekend and look to better their home form in the most recent instalment of the Championship whilst in their natural home.

‘Four Bantams miss Mansfield clash’ is the headline you will see for Bradford’s League Two clash on Saturday. The instant reaction may be to run a mile but delve a little deeper, and this Asian line becomes a little more appealing. The 0.0 Asian Handicap will return your stake if the game is a draw, settled as a loser if your selection is beaten, and returns your winnings if Bradford clinches the three points. The injuries will have had affect on the odds surrounding this game, but it shouldn’t have too much of an impact in our point of view.

Bradford are unbeaten in 21/22, continuing their superb start with a 4-1 win against Stevenage, who boasted their own unbeaten start to life this season. It was a convincing victory as Andy Cook grabbed a first-half hat-trick to put the game to bed early doors. In Mansfield, Bradford are set to face another team unbeaten and riding a wave of confidence. The Stags have a carbon copy record of their visitors – 2 wins & 1 draw.

Bradford have scored over 1.5 goals in the last two fixtures and were unlucky to get more than the solitary goal as Championship outfit Nottingham Forest dumped them out of the cup. Derek Adams’ side registered 23 shots and racked up 9 corners in a game where they went behind 2-0 to two first-half goals.

The three Bradford City players set to miss out for definite are Oskar Threlkeld, Abo Eisa, and Levi Sutton. All three missed the visit of Stevenage. However, Lee Agnol, who grabbed a brace in their 2-1 win over Oldham, is touch and go. Adams spoke to reports; “Lee has gone for a scan today, so we’re just waiting for the results to come back. We’ll have to wait and see.”

If Agnol is fit, Adams has the same squad at his disposal as he did in midweek. Either way, the Bantams will give Mansfield a game, and our picks could prove fruitful if Adams’ side continues their impressive efforts. Of course, Mansfield will be no pushover, but with the Asian line offering protection for honours even, we’re happy to take this.

Northampton have had a storming start to the season, unlike their visitors this weekend. Rochdale, on the other hand, have struggled, failing to pick up a win. The 2-1 loss on Tuesday & the 4 COVID scares in camp suggest Saturday will be a real test.

Grant, McNulty, White, and Broadbent are all missing for Rochdale’s trip to Northampton due to COVID. McNulty (CB), White (LB) and Grant (CM) all started Rochdale’s opening 3-2 loss this season, whilst Broadbent (CM) replaced Grant in midfield for the second fixture vs a poor Scunthorpe side: 0-0.

Northampton have won all three fixtures this campaign, including an unexpected win on the road against Coventry City in the cup – Town should have too much at home for Rochdale here.

Although we’re backing the Cobblers to get the job done on Saturday, we also fancy them to appear in the referee’s book to the tune of 20+ booking points. Northampton saw three yellows in their season opener, one against Coventry City, and three yellows and a strawberry away at Colchester United. Northampton have registered 20+ booking points in 8/12 of their most recent competitive fixtures.

Jon Brady’s Northampton side are no strangers to a booking. In League One last season, Northampton finished with 90 yellow cards, the most in the competition. In 18/19 and 19/20 in League Two, Northampton again topped the yellow card charts with 82 & 98, making it three seasons in a row as their league’s best/worst – a feat which stands the selection in good stead here.

The man in black is Carl Brook, who has been in card-happy spirits since the return of EFL football this summer. Brook has shown a red in each of his three outings whilst brandishing 5, 4, and 9 yellow cards to boot. In addition, Brook registered a yellow card average of 3.57 per game in 20/21.