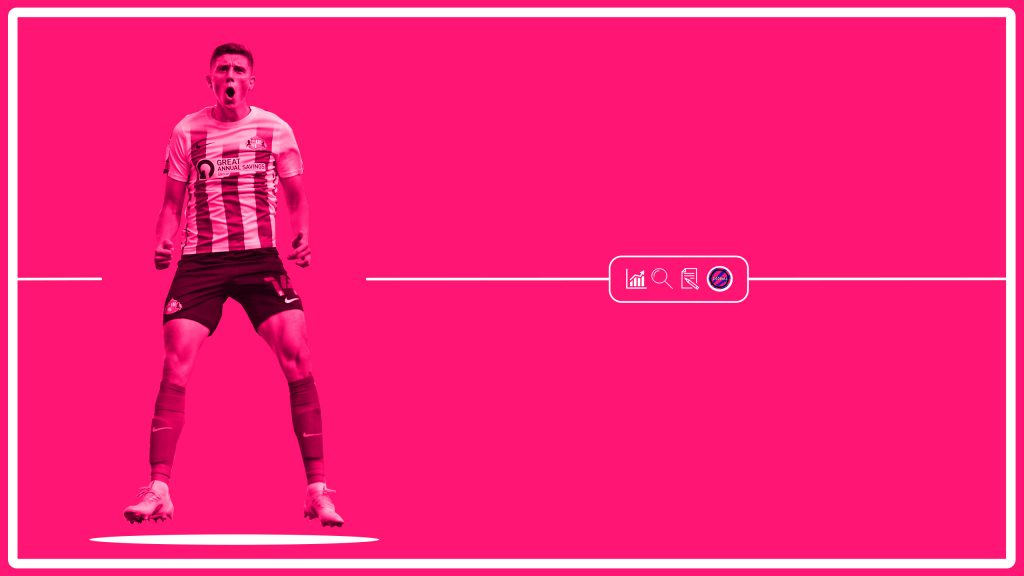 After 3/3 non-league winners on his debut preview for ZICOBALL, Matthew O’Regan has cooked another trio of selections in the hope of emulating his success. This time, attentions shift to the EFL. The Championship, League 1 and League 2 will be under the microscope, with each fixture accompanied by a main bet and a longshot.

The Potters have started this season in poor form and sit in 18th place after only one win from their opening four games. They’re fresh off a 2-2 draw at home to Middlesbrough, a fixture Stoke will feel lucky not to have lost. The atmosphere could turn toxic on Saturday, with murmurs of discontent bubbling at the Bet365 stadium.

Sunderland have made a solid start to the campaign, occupying 11th place. In Alex Neil, The Black Cats have an experienced Championship manager and look like an established side under him already. Nevertheless, they did succumb to a 2-1 defeat at Bramall Lane, having played the majority of the game with ten men.

Two of Stoke’s four games this season have seen over 2.5 goals. The other half came via defeating Blackpool 2-0 after a 2-0 loss at the hands of Millwall. These were followed up by a 3-1 defeat to a struggling Huddersfield side and the aforementioned fortunate 2-2 draw against Middlesbrough. In attack, Jacob Brown and Dwight Gayle provide goals, as well as Lewis Baker from midfield. Tyrese Campbell may be out of form but is a more than capable goal-scorer on his day.

However, defensively the Potters have looked shaky. In three of their four games, Michael O’Neil’s side have conceded 2+, including three from set-pieces. Not the best time to be playing a Sunderland side who have scored in every game then.

In Ross Stewart, A.K.A ’The Lochness Drogba,’ Sunderland have a striker bang in form. After claiming the League One player of the year award after a 26-goal season, Stewart has begun the campaign with two goals and two assists. His strike partner, Ellis Simms, has been equally as potent, bagging three in his three starts. With this duo accompanied by the creative Alex Pritchard, Sunderland appears capable of stumping up goals against any team.

Despite their attacking ability, The Roker Men have also conceded in every game. A glance at the Sunderland backline will explain the side’s inability to keep clean sheets. The back three contains an ageing Danny Batth, with Luke O’Nien, and Dennis Cirkin on either side – players playing outside their natural positions.

With fragile defensives and formidable forwards on display, I expect it to be raining goals in Stoke.

Oliver Langford oversees the tie. He averaged over four cards shown per game last campaign and has brandished nine cards from his two games so far this time round. Stoke have picked up nine cards in four matches, being on the receiving end of 2+ in all four outings.

With a toxic atmosphere anticipated, the onus will be on the home side to be aggressive from the start. Sunderland have made a robust start on their return to the Championship, averaging 3.75 cards and receiving 2+ in all four matches.

After a shambolic relegation from the Championship, Barnsley turned towards Cheltenham manager Michael Duff as their new gaffer. The 44-year-old has overseen mass change at Oakwell, with several key men departing. Things were not looking promising after an opening day defeat at Plymouth, but two wins from the next three games see The Tykes in 9th. Now, they welcome an out-of-sorts Wycombe side to South Yorkshire.

Duff’s side showed remarkable resilience after the opening day disappointment by grinding out a 1-0 win over his former side Cheltenham. A poor first-half at Derby saw the Reds 2-0 down at the interval, with a battling second half performance halving the deficit. A 3-0 dismantling of Bristol Rovers has given Barnsley a world of confidence heading into this weekend’s match.

22-year-olds Liam Kitching, Josh Benson and Callum Styles have excelled thus far, and Duff faces an anxious end to the window to keep hold of this trio.

Gareth Ainsworth embarks on his 10th year in charge of Wycombe, looking to bounce back from playoff heartbreak. He is a manager who prefers stability and continuity, which appears to be the Chairboy’s downfall this campaign. Despite losing the experience of David Stockdale, Anthony Stewart, and Adebayo Akinfenwa, only Alfie Mawson has arrived at Adams Park. It is a squad lacking depth, particularly in the striker department. With games coming thick and fast, Wycombe may struggle with the intensity required with such a threadbare squad. They are also without a senior goalkeeper, so expect Barnsley to be licking their lips in the build-up.

With three consecutive defeats, Wycombe lacks confidence. First, a 3-0 Bolton battering was followed by a 2-1 defeat at home to Shrewsbury (the Salop’s only victory). Then, a 3-1 loss at Exeter added to the revealing of flaws in this Wycombe side.

Another thing that has stood out about Duff and his Barnsley team is the ability to win corners. They average over six corners per game and have hit at least five in all four games this season.

Moving South and down a league for our final game of the day, it’s Swindon and Rochdale. Like Wycombe, Swindon also suffered heartbreak in the playoffs, losing on penalties to Port Vale. The Robins lost goalkeeper Joe Wollacott, goal-scoring midfielder Jack Payne and manager Ben Garner. Clem Morfuni appointed from within, electing assistant manager Scott Lindsey as the new manager.

The 50-year-old has struggled in his first professional season as a number one, as his side sits winless in 19th. Twenty-goal striker Harry Mckirdy has made a slow start, picking up a red card in his second game. The enigmatic talisman finally found his shooting boots against Leyton Orient, which may be the turning point.

Rochdale are rock bottom with zero points and one goal. It really is a difficult time to support The Dale. They lack any real goal scorer, relying on a 37-year-old Ian Henderson and Devante Rodney, who scored just once last season. Robbie Stockdale’s side have also proved feeble at defending set pieces, conceding to centre-backs Luke Waterfall and Carl Piergianni in recent weeks.

Away from home, Rochdale hit three and five shots despite chasing for the majority of these games. This side not only lacks goals, but they are also missing any creativity behind the strikers, with Toumani Diagouraga, a defensive midfielder, and Jimmy Ball unproven at this level.

Despite Swindon’s poor start to the season, I cannot ignore the price of 1.95 for them to beat a shambolic Rochdale side. With Rochdale’s inability to create shots, I am also backing the Robins to win to nil.