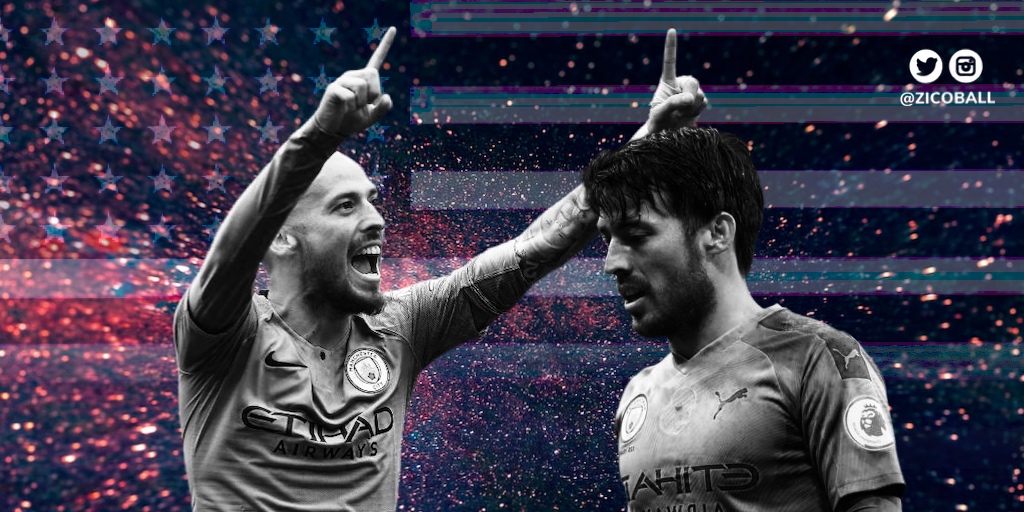 One of the Premier League’s most revered and talented is planning to seek pastures-new with a cabinet laden with English silverware. Merlin, as coined by the blue half of Manchester, reportedly sets his sights on a project across the pond. A decade of having the league’s best defenders on strings looks to be coming to an end.

Although the destination unconfirmed, it’s widely believed that City’s number twenty-one is eyeing a move to Major League Soccer. Silva’s path will follow the likes of Wayne Rooney, Zlatan Ibrahimović, and David Beckham, all of whom wowed bumper-crowds in both Manchester and America. The latter of the esteemed trio is rumoured to be positioned at the front of a long queue to secure the Spaniard’s signature this summer.

Beckham’s Internacional de Fútbol Miami has encountered a rocky start to their debut season in Major League Soccer. As COVID-19 halts the league in its tracks, the new franchise has failed in producing a fairytale beginning, losing both of their opening two games. David Silva’s name accompanies Luis Suárez, Edison Cavani and Radamel Falcao on Inter Miami’s star-studded shopping-list.

David Silva, the diminutive boy from Gran Canaria, impresses Valencia as a teenager and develops in the city into one of the most exciting talents in the country. His stage, the Mestalla, is the platform which would showcase Silva’s uncapped potential to the world.

During international duty in South Africa, Manchester City announced that Silva would ply his trade in England after the World Cup. A fee in the region of £30m was enough to convince Valencia to part with their most prized asset. A transfer viewed by many as Manchester City’s greatest ever signing.

Fifteen assists in his debut season could only help his new side to a third-place finish. The continuous dominance of their noisy neighbours was not enough to overshadow Silva’s impact in the Premier League. His creativeness, retention of possession and the perceived ease in which he plays the game, attracted admirers up and down the country.

Sergio Aguero’s decider in a nail-biting end to the season the following year, swings the title in the direction of the Etihad Stadium. The World Cup winner playing a pivotal role in his, and Manchester City’s, first Premier League title.

Seven domestic cups and four Premier League winners medals around his neck. 74 goals and 137 assists as a sky-blue. The thirty-four-year-old has steered the ship during the most successful period in City’s history. A decades worth of honours which highlight his magnificent contribution in orchestrating an ascendancy to the footballing heights which Manchester City are accustomed to today.

David Silva’s Manchester City career still has a pulse despite his impending move. The champions look set to lose the Premier League crown as their Merseyside Rivals dislodge them. However, the competition which has proved so elusive during Silva’s time in Manchester is still in contention. This year’s competition offers the chance to serve up a fitting farewell to the departing Spaniard, who Pep Guardiola proclaimed is amongst the best he has managed.

Reports from Spain propose that Valencia are plotting to bring Silva back to where it all started. Santi Cazorla’s return home to Villarreal, a transfer fitting the same mould, has been a storming success in La Liga. The prospect of a David Silva and Dani Parejo partnership in Valencia’s midfield is undoubtedly one for the neutrals.

“QUITE SIMPLY, DAVID SILVA IS THE WIZARD… IT IS INCREDIBLE TO SEE HIS ABILITY AND MAKE WHAT IS THE HARDEST PASS IN FOOTBALL, THAT LAST PASS.”

Forget La Liga! Major League Soccer requires another Pirlo-like-superstar. Often dubbed the retirement home for football’s elite, David Silva has no plans of slowing down soon. Valencia’s recent interest isn’t to solely reignite an old love-affair, it’s because he can still perform and compete at the highest level.

The ability to put on a show, effortlessly glide past opposition and provide match-winning moments is what America needs. A ball-player who can reaffirm soccer’s ever-growing presence and emergence within a nation monopolised by collegiate sports more popular.