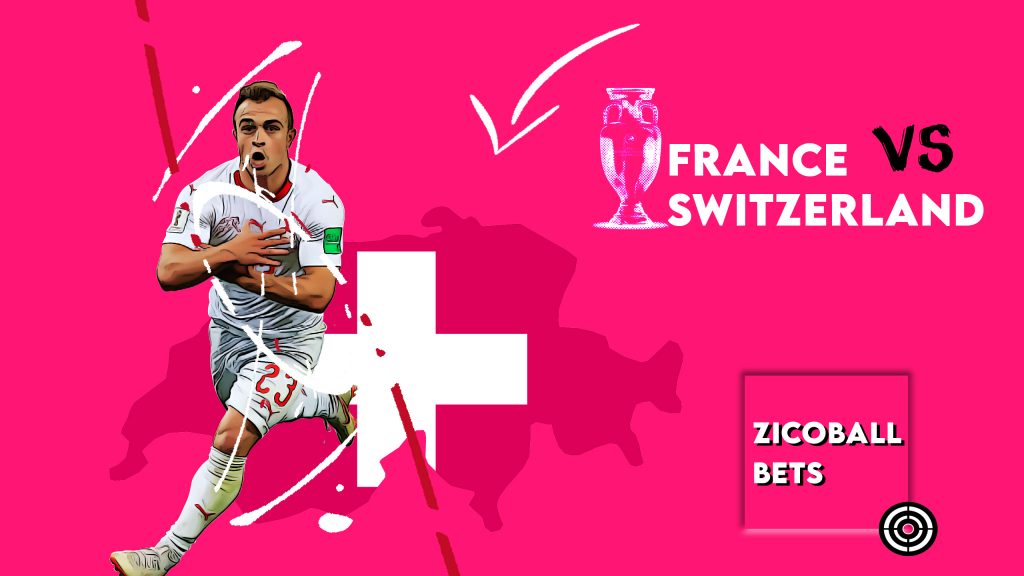 France vs Switzerland Euro 2020 Stats Bet? We’ve got you.

Knockout football at International tournaments will encourage the best and worst from individuals running out for their nation. Passion, desire, and the occasional calamitous error are often seen near a competition’s business end.

In the four Round of 16 games at Euro 2020, Matthias De Ligt and Harry Wilson have seen red, we’ve witnessed ten goals, three clean sheets, and the Netherlands and Portugal sent packing.

One constant in the majority of knockout ties so far have been shots at goal. All of Wales, Austria and Portugal have fervently attempted to establish a foothold in the game after going behind. However, the Netherlands, after De Ligt’s red card, seemingly exited the competition without a whimper in shot terms, finishing on 6. Red cards change games, much to Frank de Boer’s dismay.

Following a similar angle for our France vs Switzerland Euro 2020 stats bet, we’ve got all eyes on Switzerland for an odds against 6/5 shout on Bet 365. Up to this point in Euro 2020, the Swiss haven’t been afraid to shoot, with their run out against Italy standing as the one occasion without registering double figures:

Heading into the final crunch group game with Turkey on one point, it’s safe to say that Switzerland delivered. Not only with peppering shots at goal to reaffirm our bet selection, but with the three points needed to progress and meet France in the knockout stages. It is crunch time once more, and hopefully the Swiss have their shooting boots on.

France to take the lead? No problem

We think that Switzerland will frustrate France this evening but will ultimately fall short. Didier Deschamps has a wealth of attacking talent within his ranks, making it difficult to see the Swiss back-line holding out for 90 minutes. Nevertheless, If the world champions took the lead, it wouldn’t be the worst thing in the world for our over 8.5 Swiss shots bet.

Even if the French managed a two-goal advantage, the likelihood that Mbappé and company would ease off just slightly is possible. Switzerland have the quality to hurt teams, and they most certainly have the firepower in Embolo, Shaqiri, and Seferovic to at least fire shots at goal.