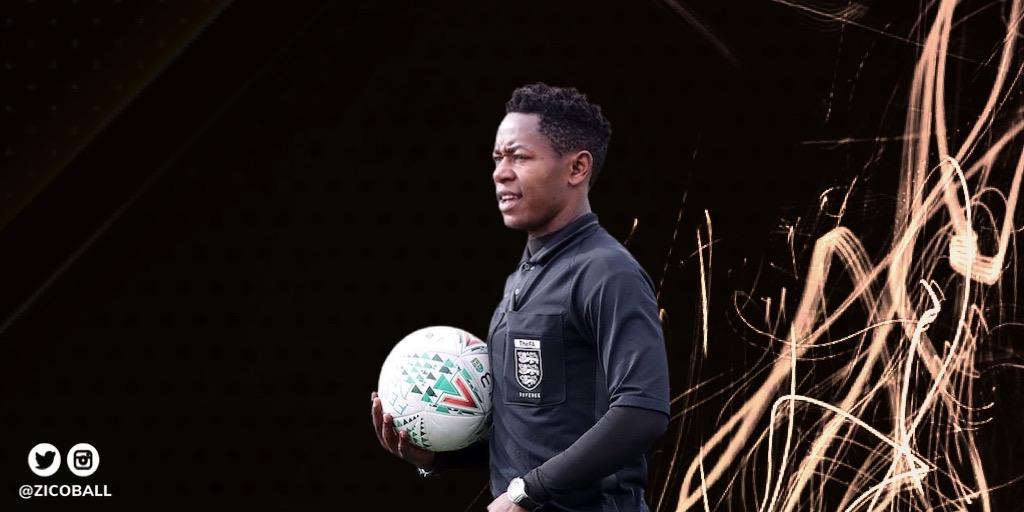 “My scars have now healed, but the incident will always be in my head. Sometimes I get flashbacks which really annoy me, but I’ve always been positive and tried to keep myself busy to avoid focusing on the past.”

Eleven years ago, talented Kenyan teenager Jacob Viera was selected to represent his country at an under-16’s football tournament in Tanzania.

Before leaving, the team spent two weeks together in a hotel preparing for the tournament. It was here that a group of drug dealers, knowing the football bus would soon be departing for Tanzania, approached Jacob and picked him to be their drug mule.

Understandably terrified by the situation, Jacob managed to deceive the men, providing a wrong departure date for the team bus. The deception appeared to work as the men were caught by the police shortly afterwards in possession of drugs.

Five years later, and playing professionally for a team in the Kenyan Premier League, Jacob was invited to England for football trials with Newcastle United. However, just a couple of months before he was due to travel, a vicious attempt was made on his life.

Jacob had just returned home from training when he reached out to grab his metal door handle and was thrown to the floor. Live wires, connected to an electrical socket, had been attached to his door handle, causing an explosion.

Jacob was electrocuted, left unconscious and suffered severe burns to his face, neck and left arm. Rushed immediately to a hospital, he spent the next month recovering.

Reflecting on his remarkable fortune at having survived such an attack, Jacob kept it simple with his reply. “The recovery was more of a miracle than treatment.”

In August 2014, three weeks after being discharged from hospital, Jacob travelled to Newcastle for his football trial. Upon arrival, it was evident, that with his physical wounds clearly still visible, Jacob would have to explain his situation.

“One of the academy managers saw my scars which were still raw and painful and was interested to know what had happened,” Jacob said. “He then advised me to seek asylum.” After careful consideration, Jacob listened to the advice and immediately claimed asylum.

Unfortunately, this decision would prevent him from being able to sign a professional contract with any football club until being granted permission to stay in the country. This proved to be just one of the many challenges Jacob faced in his first few months of living in a new country.

“I didn’t have any family members or anyone I knew in England, and therefore it was quite challenging to adapt as a teenager moving to a new country and a very different way of life,” he said. “The culture is different, and for me, the most difficult factor to cope with was the weather.”

After attending his asylum interview, Jacob was taken to Liverpool to await a decision. It was here that a doctor was sent to examine Jacob’s scarring to check if it was consistent with his story. While waiting for his immigration status to be resolved, Jacob moved permanently to Liverpool to start a new life.

Despite immediately being made to feel welcome by the people of Liverpool, the move to Merseyside brought with it a new challenge.

“The language was okay [before] because I knew how to speak English, but unfortunately when I got to Liverpool everybody spoke scouse – a very strong accent with lots of slang,” Jacob explained.

“I had no idea what was being talked about most of the time.” Undeterred, Jacob quickly got involved in the community, playing for local football clubs and becoming an altar server at St Anne’s Catholic Church. He was then invited to train with the Everton FC Academy U18 squad.

However, Jacob soon faced another setback after picking up an injury playing for a local club that required anterior cruciate ligament surgery. Faced with a prolonged period on the side-lines, Jacob channelled his energy and passion for football into a new discipline – refereeing.

“When I got my ACL injury, it meant I wasn’t going to play football for at least a year. That’s when I got involved with the Liverpool County FA, and I started my refereeing course.”

Jacob has since fully committed to pursuing a career as a referee and was rewarded by winning the Liverpool Grassroots Official of the Year award in 2017/18. He is also currently part of the FA Core (Centre of Refereeing Excellence) program, an initiative designed to help guide and provide advice to young aspiring referees.

Reflecting on the past couple of years, Jacob admits the smooth transition from playing football to refereeing the sport has come as a shock.

“When I started refereeing I seriously had no idea that I was going to love it more than playing,” he said.

“I’ve progressed so well in refereeing, getting promotion, being appointed for county cup finals. As an FA Core referee, I’ve had great support from the FA in terms of mentorship and getting opportunities to referee tournaments with professional clubs.”

Looking ahead to the future, Jacob is pragmatic when discussing the ambitions of his burgeoning refereeing career.

“I want to become a successful Fifa referee one day. I want to referee in the Premier League, the World Cup and the Euros,” he explained.

“But it doesn’t happen in a day or a week. It takes time. For now, I will keep working hard, sacrifice, stay committed and use the opportunities I get to become a better referee.”

While acknowledging that further sacrifice and hard work is required to continue his rise through the refereeing ranks, Jacob’s main priority remains to ensure that his current life in Liverpool – one which he shares with his wife and daughter – is a safe one.

“Having survived that attack, I know how gracious life is. God gave me a second chance, and I can’t waste it,” he stated.

“My family in Kenya are glad to see me live without fear of being killed or assaulted for something I never did. They wish me all the best, and I can only make them proud.

“I can’t thank the people in England enough, especially in Liverpool. It’s my second home. I’ve now adapted to the culture, and I’m a proud Kenyan Liverpudlian.”

Five years after moving to England, Jacob was finally granted humanitarian protection in 2019.

He remains firmly on track to become one of the first professional referees in the UK from a refugee background.