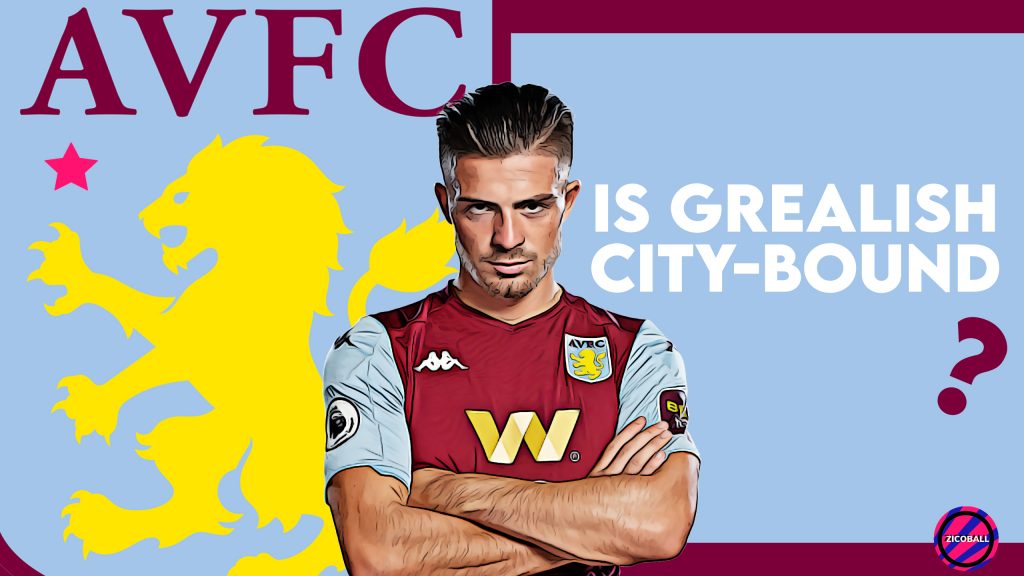 Grealish to Man City? by @SamIngram_

Man City in for Grealish and Kane

Both Kane and Grealish are currently with the England squad as the Round of 16 tie with Germany fast approaches. However, neither player will be allowed to leave their respective clubs for cheap, with the fees for both men surpassing £100m.

Speaking from St Georges Park, Grealish answered reporters when quizzed on his ultimate goal in football;

Man City, Champions League finalists last season, can certainly cater for Grealish’s aspirations. Pep will be hopeful that the Villa man can get his City side one step further next time out.

The tricky playmaker has stuck with his boyhood club through thick and thin, but the prospect of Pep’s Manchester-based juggernaut may be too great. Guaranteed silverware and riches may cloud Grealish’s thinking, perhaps leading to a verbal agreement for him to vacate Villa Park.

However, Aston Villa officials are adamant that Grealish is staying put. Furthermore, the feeling in the Midlands is that Grealish will remain. The powers that be at Aston Villa are planning to structure a new-look squad around their talisman.

Recent acquisitions of Emi Buendia and Ashley Young, alongside a rejected bid for Emile Smith-Rowe, back up such claims. Despite Villa’s good intentions and want to keep a prized asset, Grealish will have the most significant say.

With the news of interest from Man City laying heavy on those of a Villa persuasion, it is believed that Villa will offer a bumper new contract to Grealish.

Although Grealish signed a new five-year deal in September, the club have put the wheels in motion to engineer a prolonged stay for their 25-year-old starlet.