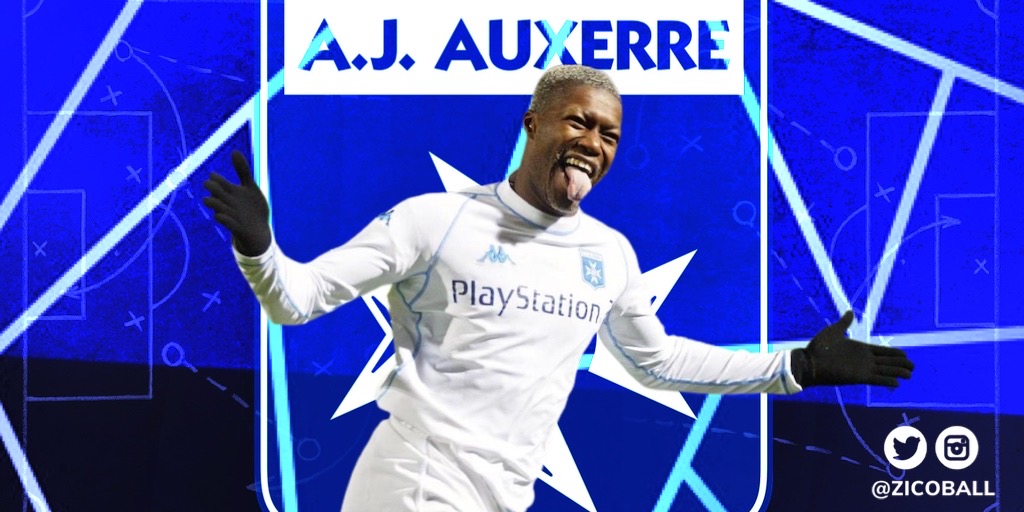 The top division in France has been taken over by the wealth of Paris Saint Germain in the past decade, and it’s hard to see anything other than Parisian dominance for many years to come.

However, Ligue 1 has had victors such as Lyon winning seven in a row between 2001 and 2008, Marseille winning four in a row between 1988 and 1992, with them and Saint-Etienne holding the record for most championships: 10.

Besides the current success of PSG and the streaks of Lyon and Marseille, Ligue 1 has often had an air of unpredictability. This is evident with the league seeing four different winners between 2009 and 2012 and five other winners over seven years during the ’90s.

One of the title successes in the 1990s, however, stands out more than most. Even with the unpredictability of the league, AJ Auxerre were still heavily unfancied title winners in 1995/96.

The club Association de la Jeunesse Auxerroise was founded in 1905 by the priest, Father Ernest Abbe Deschamps. After participating in the Catholic League, the club spent most of its early years following the wars, in the regional tiers of French football, before promotion to the second tier in 1974, and then promotion to Ligue 1 in 1980 after winning Ligue 2.

Les Diplomates spent the next 32 years in the French top-flight, eventually getting relegated after the 2011/12 season.

Those 32 years have been the most successful for the club from Burgundy. After finishing third in 1983/84, Auxerre competed in Europe for the first time, in the 1984/85 UEFA Cup against Sporting Lisbon.

The club would have other stints in Europe through the ’80s, although not as significant, before again finishing third in Ligue 1, this time in 1990/91.

But their most significant success, or so it seemed at the time, was to come three years later when they won the Coupe de France for the first time, beating Montpellier 3-0 at the Parc des Princes.

The team, who play their games at the Stade de I’Abbe-Deschamps, have had a few notable players over the years, including Bacary Sagna, Jean-Alain Boumsong, Abou Diaby, Djibril Cisse, Laurent Blanc, and the enigma, Eric Cantona.

While this all seems relatively lacklustre, AJ Auxerre were about to pull off the finest footballing moment in their history.

The 1995/96 season expectations of Auxerre were pretty minimal, and no one was talking of a title challenge for the little Burgundy club.

Roux is undoubtedly the most successful manager in Auxerre’s history and has often been referred to as the French Fergie, probably for the length of time he spent at the club along with his apparent success.

He believed that a robust infrastructure was paramount to long-term success, and this was shown when he turned down the opportunity to sign French international striker Olivier Rouyer in 1980, instead opting to open a state-of-the-art youth academy.

During his prolonged stay at the club, the team became a powerhouse in French football and became known worldwide as an academy for top players. But back to the 95/96 season; this success was years in the making, but still an unexpected one.

The league had many stars; Sonny Anderson who scored 21 goals for AS Monaco, Sylvain Wiltord impressed at Stade Rennais, and PSG boasted the talents of Raí and Youri Djorkaeff.

Auxerre had no real stars, the only player of note was Laurent Blanc who had had a poor spell at Saint-Etienne before arriving at the club. Other players included Nigerian Taribo West and his unmistakable haircut, and Sabri Lamouchi who is currently manager of Nottingham Forest.

The season itself wasn’t a classic by any stretch of the imagination, Auxerre themselves lost 10 out of their 38 while the four teams below them all lost less. However, no one won more than them, not one team scored more than them, and only Metz had the same defensive record – it was the ideal concoction for a title win.

On matchday 33, PSG lost at home to Metz 2-3, while Auxerre won 4-0 away at Lille. Les Diplomates moved into first for the first time in the season and wouldn’t relinquish that position. Going into the penultimate league fixture, Auxerre found themselves four points clear of PSG, knowing a win would secure their first ever Ligue 1 title.

The side faced an away test at EA Guingamp where they found themselves 1-0 up in the first half, but were pegged back with 15 minutes to go and unable to find a late winner. However, PSG didn’t manage to win their game at Bordeaux, drawing 2-2, handing AJ Auxerre their first ever French top-flight title.

All this drama followed a week after Auxerre had claimed the Coupe de France, beating Nimes 2-1. In the space of seven days, the club had become double winners. Nobody could have ever predicted that outcome. France and Ligue 1 had witnessed something truly incredible, and something that unfortunately might never happen again in the French game.

Unlike some of these fairy-tale stories you see, AJ Auxerre had some further success after their double-winning campaign. The following season, 1996/97, the club finished a respectable 6th, while also reaching the quarter-finals of the Champions League in their first appearance in the competition. The French outfit lost to eventual winners Borussia Dortmund 4-1 over two legs.

They did, however, win the Intertoto Cup in 1997, along with three other French sides in Lyon and Bastia.

A runners up place in the Intertoto Cup came in 2000, with Auxerre finishing 3rd in the league in 2001/02. The following season saw a sixth-placed finish, while competing in the Champions League group stages, and another joyous Coupe de France victory for the third time. They would repeat the feat in 2004/05 while also reaching the quarter-finals of the UEFA Cup, losing 4-1 on aggregate to PSV Eindhoven.

Guy Roux retired from managing Auxerre in June 2005, leading the club through nearly 2000 games, including a European record of 890 top-flight matches. However, following the retirement of their legendary manager, The Diplomats have had nowhere near as much success. The Roux-less Auxerre side won the Intertoto Cup again in 2006, a third-place finish in Ligue 1 in 2009/10, and a Champions League group stage exit in 2010/11 where they faced off against Real Madrid, AC Milan and Ajax.

The season after, the club finished rock bottom in 2011/12 and were relegated to Ligue 2, where they remain to this day.

Although AJ Auxerre continue to languish in the second tier, they will never forget the unbelievable achievement of 1995/96 and what Guy Roux gave to the club from Burgundy. The history and influence that the club has within French football is still strong to this day.