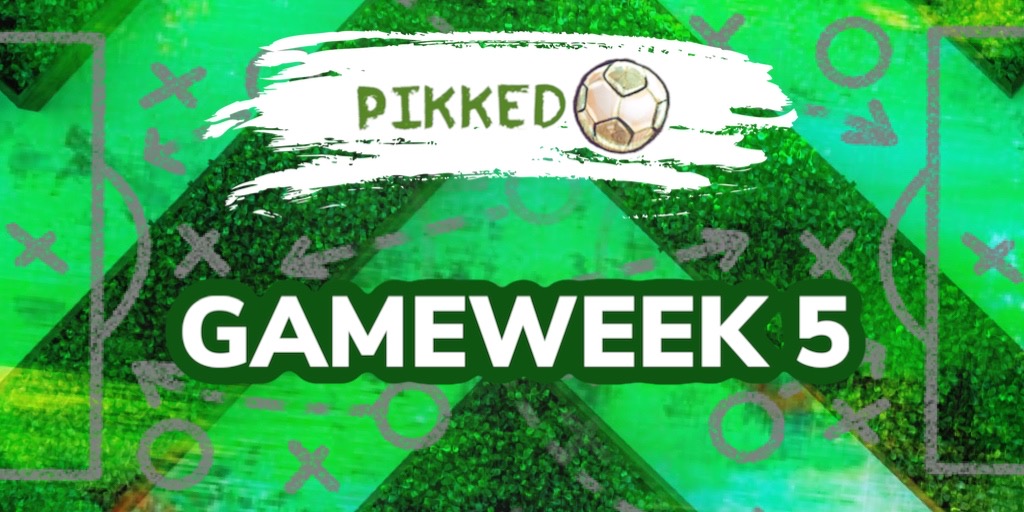 Gameweek 4 was full of spills and surprises. This week we will answer the question: How can you possibly Pikk the Prem?

Honestly, we wish we knew the answer. We don’t care what the likes of Guillem Ballague or Raphael Honigstein say, the Premier League is the most competitive in the world.

With the inclusion of Marco Bielsa’s Leeds this season, it looks like the gap from the Premier League to the Championship is bridging. Additionally, shrewd business from Tottenham and Everton could cause an unlikely upset to lift the Premier League trophy in May.

This is not to mention the free-flowing, dynamic and European style football Wolves have conjured up in the last few seasons. Could Espirito Santos’ Portuguese infused side go one better and push for Champions League football?

Aston Villa is another side who have been impressive. The ‘Brummy Boy’ Jack Grealish was scintillating against reigning Champions Liverpool and was a standout performer for the national side against Wales. This is forgetting the impressive hattrick Ollie Watkins bagged against Liverpool, where at times his pace left Gomez and Van Dijk dumbfounded.

Since Covid thwarted play in March, there seems to have been an eery levelling of play in the Premier League, which is making us go a bit crazy. HOW CAN YOU POSSIBLY PIKK THE PREM?

Who to Pikk in gameweek 5?

Chelsea has begun the season in a strange run of form. They beat Brighton at the Amex Stadium in unconvincing fashion. In large parts of the match, their press seemed lacklustre. New signings Havertz and Werner struggled to impose themselves on the game. Nevertheless, they pulled through with a standout performance from Reece James who smashed the ball in the roof of the net from around 25 yards.

Chelsea’s second game saw them pipped against holders Liverpool. Chelsea were outplayed in large parts of the game, and didn’t hit the back of the net once at Stamford Bridge. Questions over Frank’s title credentials started here.

Chelsea vs West Brom was scintillating. The newly-promoted side took the game to Chelsea. Astonishingly, The Baggies went 3-0 up and should’ve got a fourth before half time. Nonetheless, Lampard rallied his troops and Chelsea managed to draw the game with a late Tammy Abraham goal.

Crystal Palace looked like a tricky test for Chelsea coming into the fixture. With impressive wins against Manchester United and Southampton, Palace had plenty of confidence. Yet, Chelsea were more than up for the challenge. With Ben Chilwell coming back from injury, the debutant was extremely impressive. Doubling up on the left-hand side with Christian Pulisic will certainly have Premier League fans drooling. 4-0 was the final result and could’ve been plenty more.

Chelsea are finally looking like their new signings are gelling together. With the ever-impressive Christian Pulisic looking likely to return from injury, the South West London club are ready to kickstart their season.

A comfortable result for Chelsea, we think!

Sheffield United were outstanding last season, weren’t they? Their solid formation and no-nonsense defending saw the Premier League new boys finishing in an outstanding ninth position. However, the beginning of the 2020/21 season has been less than straight forward. Currently languishing in nineteenth position without registering a single point, United need the luck to go their way and fast.

Cemented to the bottom of the table, Fulham look favourites to get relegated back to the Championship (sorry Fulham fans). With Aleksander Mitrovic looking the only likely scorer in Fulham’s side, it could be a difficult season for their fans to watch.

Sheffield United made the exciting signing of Rhian Brewster before the window closed. The Liverpool reject will be looking to prove a point.

We think that Brewster will get off to a flyer and may even register a brace for the Blades. Therefore we are backing a Sheffield United victory.

Tottenham Hotspur began their season in a similar vein of form to 2019/20. Jose Mourinho’s men had no answers to Everton’s constant pressure in the final third of the pitch. However, since announcing the signing of Gareth Bale, Spurs appear to have their eyes set on the Premier League trophy (dare we say it). Smashing Manchester United 6-1 at Old Trafford is arguably Tottenham’s most impressive result in the club’s history. Bale is back in training, looking incredibly sharp, and the partnership between Kane and Son looks the best in the Premier League.

West Ham’s two latest results against Wolves and Leicester have given Hammers fans reason to be optimistic this season. Nonetheless, we think Spurs have too much firepower not to win this game. We are also desperate to see Bale pull on that white shirt again.

We are backing a Tottenham win.

Which fixtures to steer clear of?

At the end of last season, we would have no doubt backed Manchester United in this fixture. Though, this season, The Red Devils look a side in disarray. Ole’s side will undoubtedly still be licking their wounds after Spurs embarrassed them at Old Trafford. They may want to make amends, yet their inconsistency is not something we want to count on.

Similarly, Newcastle United have been up and down in the opening stages of the season. A surprising 3-0 loss against Brighton at home, followed an impressive 1-1 draw against Tottenham. Then a 3-1 win against Burnley means the Magpies are a difficult side to predict.

A tough fixture to call, possibly edging closer to a Newcastle win. Just leave this one alone!

Aston Villa shocked the world on gameweek 4, thrashing Liverpool 7-2. Dean Smith has got the midlands club playing with no fear. The transfer window appears to be paying off already with the signings of Watkins and Martinez hitting the ground running.

Jack Grealish has been scintillating for both club and country, answering his critics from the latter stages of the 2019/20 season. He will no doubt be looking to continue this form against the foxes.

Leicester baffled Manchester City at the Etihad with an incredible 5-2 victory. However, losing 3-0 to West Ham before the international break was not in the script.

This should be an exciting game, with plenty attacking threat from both sides, not one we’d like to Pikk.

The biggest fixture of the weekend, which usually promises goals. Pep’s men have historically sailed past Arsenal in the league, yet, with Mikel Arteta at the helm, Manchester City may have found their new bogey team.

Too tricky to predict, not one to Pikk.

How can you possibly Pikk the Prem? We hope we have answered your woes. It’s certainly not easy to guess, but that’s why Pikked is the most competitive football game out there at the moment.

Long gone are the days of the prominent ‘top 4’ and newly promoted sides struggling to establish themselves in the biggest league in the world!

Good luck this week on picking your Pikked predictions.