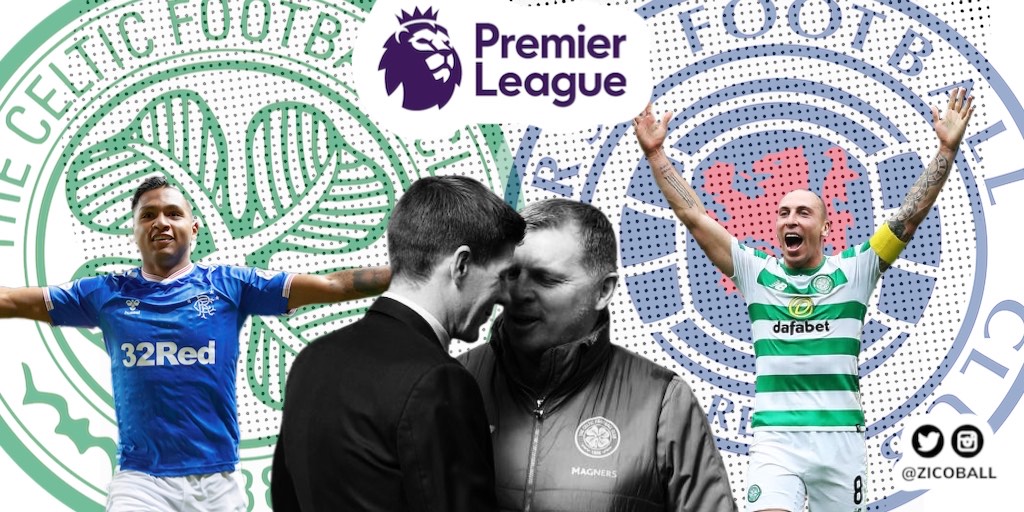 It is the age-old question at the heart of debates up and down both countries for years. How would two of the biggest sides in Scotland fair in the Premier League?

Reports have recently surfaced of an exchange of emails in 2011, sent from Celtic’s Peter Lawrence, and Rangers’ Martin Bain. The attached documents exchanged in the secret emails highlighted an effort to break away from the Scottish Premier League.

The first part of the dossier was allegedly titled ‘What would the Old Firm bring to English football?’ From the title, it’s clear the debate was on the minds of those with the most pull in Glaswegian football at the time. The documents describe how the addition of the two clubs would be of enormous benefit to the Premier League. The financial benefits accompanying the possibility were explained in terms of the increase in TV revenue, and the likelihood of more travelling fans purchasing hotels and fan packages, providing a boost for the economy.

The competitive balance of the Scottish League was also discussed, and how if the Old Firm rivals left, there would be more chances for other Scottish clubs to win the title, and cement a place in the Champions League.

Although slim, any chance of this happening was shelved when Rangers entered administration in February 2012, and forced to showcase their football in the fourth tier of Scottish football the following season. Rangers arrived back in the SPL by the 2016-2017 season, with talk of a potential Premier League switch reevaluated when Steven Gerrard took over as Rangers boss in May 2018.

During the 2019/20 season, Rangers posed the biggest threat to Celtic’s dominance since the Ibrox club went into administration. Gerrard spoke on The Greatest Game podcast to his former Liverpool teammate, Jamie Carragher, on the topic of a Premier League switch; “People from England don’t realise how big Celtic and Rangers are… Can you picture a Premier League with those two clubs? The atmosphere at Celtic Park and Rangers is off the scale. It’s a unique experience.”

However, the scouser threw caution to the idea because of the “amount of power of the other [Premier League] clubs.”

Though the former Liverpool captain believes it will never happen, it does raise the question yet again, about whether Celtic and Rangers could be as successful in the English Premier League. If it were as simple as looking at numbers, it would be easy to say that the Scottish pair would breeze up the Premier League standings.

I mean, between them, they have a combined 105 league titles, not to mention the vast number of domestic cups. Celtic, of course, were the first British club to win the European Cup back in 1967. Arsenal, Man City, and Tottenham; three clubs who have been a part of ‘the top 6’ in England, have never won the Champions League.

Looking at the standard of the two leagues, it’s clear the teams in England are of higher quality, and therefore the competitiveness throughout the league is higher. This will naturally encourage improvement each week in both clubs and players.

Though what Celtic and Rangers have achieved with the number of honours won, is something to be admired. Although, the fact remains that since 1986, they are the only two clubs to win the SPL. This raises the question of the quality they are up against, and puts into perspective how well they need to perform to win Scotland’s top-flight.

Many a football fan will point out that the Premier League itself isn’t as competitive as people would like to think. The years of dominance by Arsenal and Man United in the 1990’s and early 2000’s, or even the power struggle we see at present with Liverpool, who find themselves over 20 points clear, and Manchester City. But the fact remains, since another team last won the Scottish Premier League, nine different clubs have won the prestigious top-flight in England.

Though the Premier League has had its moments of dominance, like Liverpool this season, the so-called smaller teams have stepped up and challenged the bigger sides. Sheffield United, Wolves, and Leicester have all been in the Championship within the last six years, and yet this season find themselves competing for Champions League spots. Not too long ago, the famous 5000/1 title success of Leicester still resonates in football circles as the most unexpected of Premier League triumphs.

Can Celtic and Rangers say they can compete against that nature of change when bigger teams like Arsenal, Chelsea, and Tottenham are left struggling against it?

There are, of course, teams from outside of England playing in the English leagues; Swansea, Cardiff, and Wrexham. The three represent a valid argument of those who are in favour of the pair heading to England.

Scotland, of course, isn’t the only country which is dominated by one, or maybe two teams. The likes of Germany, France, and Italy, also boast teams who run away with the title. However, it can be said that the quality of the other squads which make up the league are higher than that in Scotland.

Though the likes of Bayern Munich, PSG, and Juventus dominate their respective leagues, when they are tested in European competition, they are still able to progress towards the business end. The same cannot be said for the Glasgow duo, however.

As the Champions League and the Europa League are the only competition which teams from both England and Scotland take part in, it can be used as a benchmark for potential performance following a change of leagues. We may not be able to pinpoint where the Glaswegian clubs would finish accurately; however, we can begin to understand whether they would be competing at the upper echelons of the Premier League or not.

Celtic, who are on course for their tenth league title in a row should they win the league next season, have only been as far as the Round of 16 in the last ten years. Their Round of 16 voyage came on only one occasion. During the same time, three English sides have made it to the final, including an all Premier League showpiece final in Madrid. That is a damning statistic for any arguments suggesting Celtic would be battling it out with England’s leading pack.

Though it is hard to say anything until it happens, from the evidence on show, it is hard to see Celtic and Rangers being anywhere near as dominant in the Premier League, or even competing at such a high level.

The counter-argument will come in the form of decades of Premier League finances building the foundations for the top side’s competitiveness. What if Celtic and Rangers recieved similar financial injections each year? Would they also be a force in Europe? Would they have attracted significant investment north of the border as Manchester City and Chelsea have? Could they compete after ten years worth of similar income streams after switching allegiances to the Premier League? Who knows.

Until it happens, the debate will, of course, go on, and may remain just that; merely another football debate.