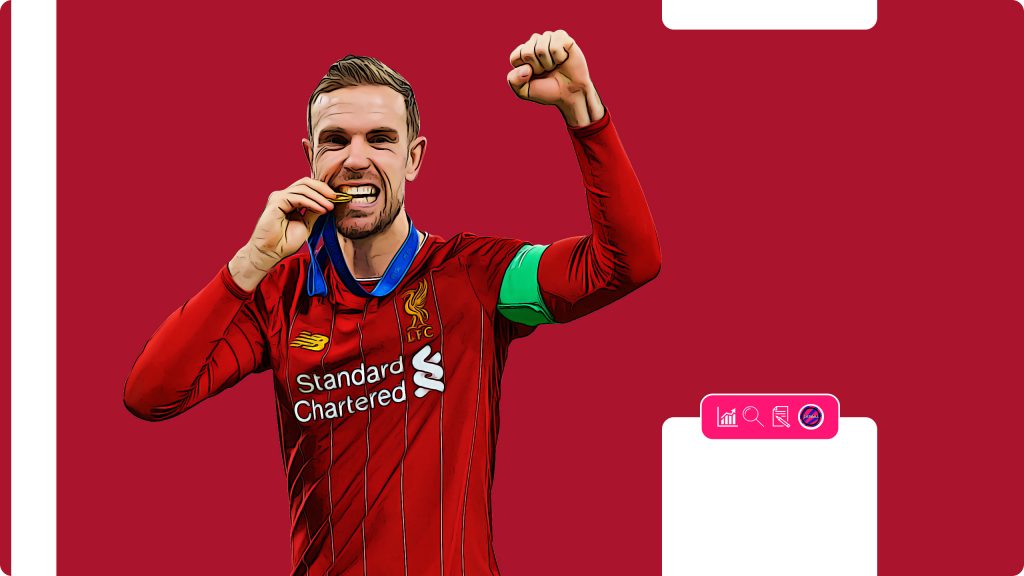 With a view of upgrading his squad in the centre of the park, Brendan Rodgers stood poised to flog one of his current crop. Subsequently, his eagerness to rid Jordan Henderson from his dressing room led to contact with Fulham in the summer of 2012.

Liverpool would have to stump up Henderson and an accompanying fee to get the American ball player. Kenny Dalglish and Damien Comolli, Liverpool’s former Director of Football, had signed the Sunderland academy graduate the previous year.

Without being given much chance, Henderson appeared not to be of Rodgers’ taste and looked soon to be shipped out of Anfield if the Liverpool boss could get his way. With the clear and distinct lack of ability to make it at Liverpool, it was almost certain he would head to Craven Cottage.

Unfortunately for Rodgers and Liverpool fans, they would have to endure Henderson in Liverpool red for a while yet. The central midfielder spoke to The Daily Mail six months later:

“It wasn’t a nice thing to hear. But I just had to take it on the chin. So I said no. I didn’t want to go anywhere. I came to Liverpool wanting to stay here for the rest of my career. I certainly didn’t want to leave after a year.

“OK, it might not have gone to plan at the start, but I knew it could turn around, and I could get it right. Here you have people like Stevie and Luis Suárez and Pepe Reina and Carra, who have been the best players for many years.

“You have to go in and, straight away, try to match their ability. You need to learn to perform as they perform, and that is a hard thing to do immediately. It’s a step up and a challenge, and for a good while, I couldn’t really do it.“

Rodgers’ view and premature decision on the midfielder, followed by handing the captaincy to Henderson, is a set of circumstances that inadvertently laid the foundations that shaped and almost mirrored the path of his Liverpool career. Changing perceptions and receiving an honour to be proud of; something repeated again and again for Henderson in Liverpool red.

Damien Comolli, in a 2006 interview with TalkSPORT, disclosed how certain club officials might have shared Rodgers’ view and ultimately played its part in ending Comolli’s spell on Merseyside;

“Henderson is one of the main reasons I got sacked… The day I got sacked, they told me I had made a big mistake on Jordan, and he was a waste of money. “

Critics and The Captain’s Armband

Taking over the captaincy from Steven Gerrard in 2015 was monumental for both Henderson and the club. The one-club scouser with such influence on and off the pitch. How does one assume the mantel from Gerrard? It was near on impossible, a poisoned chalice, if you will.

The decision drew critics from all over football. “He’s not ready.“

“He’ll never amount to half of the stuff Gerrard has.”

“Can anyone imagine Jordan Henderson lifting the Champions League? Or, god forbid, the Premier League trophy? “

Hindsight is a wonderful thing. We have all said a daft comment or two, only to be proven entirely wrong. For example, not too long ago, I cast doubts over Liverpool’s decision to buy Alisson Becker after he flapped at a few crosses in a Brazil shirt. Look how that one turned out.

Nevertheless, in Jordan Henderson’s narrative, Liverpool’s worst-ever skipper who can only pass sideways, it’s important to look back on opinions shared by the masses. Liverpool’s captain has had to overcome a lot. His own fanbase, pundits, and the average football fan had written him off since he vacated The Stadium of Light.

The following extracts are a select few published opinions found in the written word. Henderson’s unmistakable lack of talent, inability to lead a dressing room and minimal leadership qualities mean that there is a plethora to choose from:

“… he is one of the highest earners at the club, and he’s the captain, but in general, he really isn’t captain material; he isn’t a presence on the pitch; usually, you only notice him when he’s shouting at the ref or when he’s staring at a player that is 10 metres away from him.

I can’t see him being an integral part of a successful team that wants to play a three men midfield as he offers very little and also, as he is 26, he should be coming into his prime, and there should be a much visible improvement over the years, which sadly just isn’t there.

I think he has been a great servant to the club, but his lack of winning mentality, skill and overall football ability is simply not good enough for a club Liverpool FC wants to be. ” – (2016)

WE NEED TO STOP PRETENDING THAT HENDERSON IS CAPTAIN MATERIAL

“With no players in the squad strong enough to captain Liverpool FC, Henderson remains top dog. But his poor performances and extreme lack of leadership is the equivalent of having no captain at all.

When will we stop overhyping an extremely mediocre player just because he’s Gerrard’s successor? “– (2017)

“The England international was a clear level below Chelsea’s midfield of Jorginho, N’Golo Kante and Mateo Kovacic, and it was amazing he lasted as long as he did before being withdrawn by Jurgen Klopp.

Liverpool supporters during and after the match could not believe how poor Henderson was in west London, and fans took to social media to call for his sale as soon as possible.” – (2018)

A cherry-picked three points of view reverberating around households up and down the country. Henderson would need to fight his way through an almost witchhunt-like attack on his profession as he attempted to fill the void left by Gerrard. There are few articles from 2019 onwards, if any, with similar content to those above. Strange.

Henderson’s predecessor dodged such criticism, and rightly so. Gerrard was handed the captaincy by Gérard Houllier in October 2003, taking over from Anfield’s commanding Finnish centre-half, Sami Hyypiä.

Gerrard’s illustrious and lengthy Liverpool career saw him hold the captaincy for just shy of twelve years, the longest-serving Liverpool captain ever. Over to you, Jordan.

The overrated sideways passing merchant in midfield for Liverpool still draws criticism and scepticism from many. Sceptics will say that he can only perform well in a system engineered by Jurgen Klopp, as it allows him to focus on the basics in his position, the dirty work, while his colleagues play the football.

The running, pressing, the progression of the ball, and the pure fight exuberating from every pore, is the very fabric that makes the reds tick.

But, despite the workhorse persona Henderson has sculpted, and cynics like to highlight, the more flamboyant strings to his bow, coupled with his dogged approach and evident leadership qualities, have produced the all-roundedness we see today.

Henderson’s expansive range of passing to those ahead of him has attracted plaudits for a number of seasons now. Balls over the top or into the box to Liverpool’s rampant front three have been a welcome feature in Klopp’s system. Picking the ball up and dragging his team upfield, as the ball is either hit to feet or hit long, mirroring that of a previous Liverpool man.

Four goals and five assists in 26 Premier League starts this year show that he is not only capable of getting into the box and scoring, but he’s also a creative force for teammates. Likewise, Henderson’s 0.9 key passes per game, and nine big chances created, prove he’s more than capable of playing that cut-throat pass to unlock a defence.

Henderson’s speed, awareness, and ability to track runners from midfield also play their part at the other end. Not only does Liverpool have the best central defender in the world, but they also have a gutsy body willing to get back, defend and stick a boot in.

With offensive and defensive duties ticked off, his leadership qualities galvanise and underpin this Liverpool squad, providing them with that additional 1%, the fine margins that often pay dividends in elite-level sport.

There must be leaders in the dressing room for a side to triumph in UEFA’s flagship domestic competition. Without a Carlos Puyol, John Terry, Steven Gerrard, or a Jordan Henderson in your corner, it is impossible to fend off opposing talent within other European powerhouses. Someone who will bleed for the shirt, give everything for the cause, and exhibit quality on the biggest stages.

Henderson embodies Klopp’s football in such a way that if one envisaged the German in Liverpool red, in the midfield in front of the Anfield faithful, you’d expect he would share an almost identical on-pitch persona with the former Sunderland man.

Lifting the 2018/2019 Champions League was the proudest moment in Henderson’s career come that evening in Madrid. Kyiv, a year earlier, had seen Liverpool’s captain come so close. Then, with Tottenham brushed aside, he had accomplished something no one expected of him while being ushered out of the door under Rodgers’ stewardship.

It’s doubtful a single Liverpool fan dreamt up such a scandalous culmination of Henderson’s career when Comolli gave Sunderland the green light years prior.

Henderson had matched what Gerrard had managed in Istanbul. Gerrard had made himself a Liverpool hero, as had Henderson. It couldn’t get any better, could it?

He would prove his worth one step further, accomplishing a feat that evaded Liverpool Football Club for thirty years. There was a generation of fans who had never seen it. The global pandemic threatened to halt it, but it was meant to be.

Henderson earmarked the league’s 37th penultimate 2019/2020 fixture against Chelsea. He didn’t participate but undertook his duties as club captain at the final whistle.

Andrew Beasley (@BassTunedToRed), a football writer of a Liverpool persuasion, sums it up perfectly;

“Jordan Henderson has been a jack of all trades during his nine years at Anfield. A master of none, perhaps, but it’s hard to think of an occasion when he’s truly let the team down. And that’s despite playing across the midfield, at right-back, centre-back, as captain, or as organiser of a Premier League coronavirus fund.

“His greatest crime has probably been to not be Steven Gerrard, but there’s not much he can do about that, is there? So let’s celebrate what he is rather than worrying about who or what he is not.”

Jordan Henderson scrapped to emerge from the shadow of Liverpool’s one-club man – a feat most modern-day footballers would fall short of entirely. Instead, the English, European and World champion has etched his Liverpool career into the upper echelons of his club’s glamorous history. A captain to rival Liverpool’s best, perhaps.