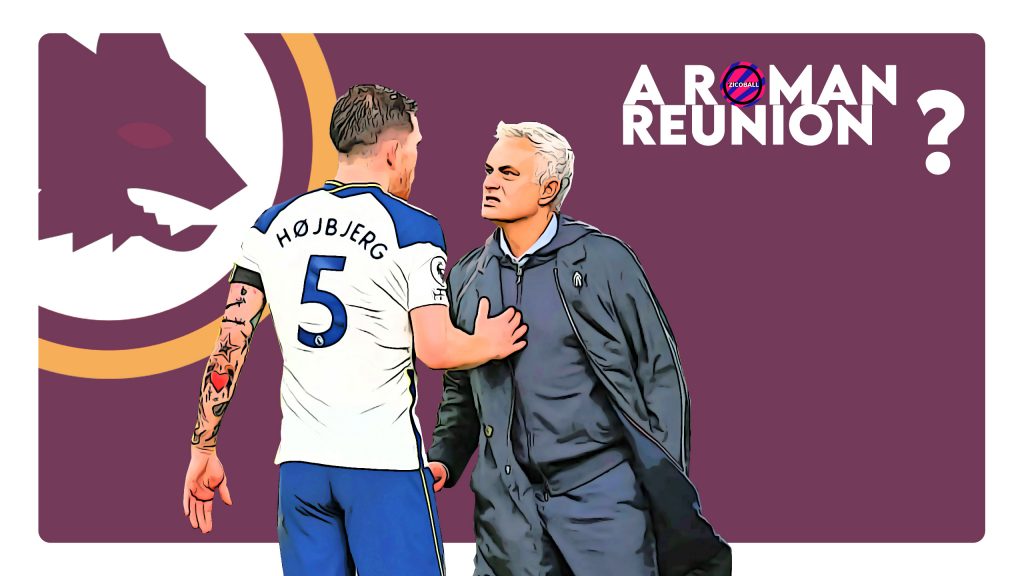 Head north from the Colosseo where gladiators once starred and bled in the city’s most notorious form of entertainment, and follow the river Tiber long enough; you will end up at another of Rome’s commanding structures. This summer, the Stadio Olimpico’s usual inhospitable atmosphere will lessen, only temporarily, for the arrival of José Mourinho.

Boasting an 82,000 seated capacity encompassing the raucous setting of the Curva Sud, home to AS Roma fans, we may soon witness a match made in heaven with the incoming fiery Portuguese head-honcho.

New appointments in the dugout naturally bring about change at their new club. Arséne Wenger revolutionised Arsenal after a spell in the Far East, and Pep Guardiola’s possession-based ethos saw the Spaniard axe England’s number one between the sticks in Manchester due to incompetencies with his feet.

With Mourinho, a steely assuredness added to the ranks along the spine of a new squad is more his kind of transferrable blueprint.

In Chelsea colours, sweet nothings whispered into Abramovich’s ear culminated in the £19.3m signing of Ricardo Carvalho from Mourinho’s former Champions League-winning outfit, FC Porto. Carvalho enjoyed one of the best centre-back partnerships the Premier League has ever seen alongside John Terry before gladly accompanying Mourinho to the Bernabéu.

A similar pattern emerged in the Spanish capital as Mourinho swapped London for Madrid. Teaming up once more with Carvalho and Mourinho on loan from Chelsea was Ghanaian powerhouse Michael Essien. A Mourinho-type player with bite, keen to reunite in search of silverware.

As Manchester United boss and now striking similarities with the pied piper, £40m man Nemanja Matic again joined forces with Mourinho from Stamford Bridge. Like Essien, the Serb typifies what is expected in a Mourinho-constructed midfield—composed and calm in possession with a willingness to be an imposing presence in any duel.

From analysing the emerging transfer pattern clinging onto the coattails of Mourinho’s whistle-stop managerial tour of the continent, it wouldn’t be too outlandish to predict outbound movement in North London.

Mourinho, licking his wounds from a recent sacking at the hands of Daniel Levy, is reportedly keen to initiate contact with the Tottenham Chairman over a potential signing. The man in question, Pierre Emile Højbjerg, was gladiator-like in his approach under Mourinho – a perfect fit, perhaps?

In the Curva Sud, where seats meet the bottom of shoes instead of its intended suitor, there is a lawless expectation that designated seats offer only an idea of your intended whereabouts, and not a practical use to aid a ticket holder’s view. Those who occupy this domain on a matchday demand a particular streak of passion and fire on the pitch from whoever represents their fraction of the eternal city.

Francesco Totti and Danielle De Rossi spring to mind as one-club warriors whom the Curva Sud heaped acceptance. Højbjerg shares similarities to De Rossi in how he carries out his duties – the Italian was brimming with hunger and desired passion. Heart on his sleeve and tough in the tackle, whilst covering every blade of grass.

According to reports, Spurs’ most significant acquisition last summer is now in Mourinho’s sights. Højbjerg would fit the mould as a potential modern-day combatant of a different kind in Rome.

Daniel Levy won’t want to sell, and his reputation as a stubborn negotiator provides a substantial barrier to any possible switch. Given the difficulty Mourinho will face in convincing Tottenham’s hierarchy to let go, should he look elsewhere?

Mourinho’s rumoured decision to include Højbjerg on his AS Roma shopping list boils down to the impact he has on games. Looking at the graphic below, the Danish central midfielder leads the whole of the Premier League this season in tackles, tackles won, and pressures – three vital metrics which determine the efficiency of someone in Højbjerg’s role.

The commanding midfielder’s gritty performances this year prompted media outlets to liken him to a ‘rash’ – hounding, hustling, and breaking down opposing phases of play.

After Tottenham’s 2-0 December win over fierce Noth-London rivals, Arsenal, Mourinho had his say on Højbjerg and his importance to the side:

“On the pitch, he reads the situation very, very well, and the people that surround him they are really compact, and they read the game. Physically he is very strong, and technically he is much better than people think.

“Sometimes people think the guy that is good technically is the guy who does the back heel, the guy who does something wonderful, but these are not my words, they are words of some coaches from 30 or 40 years ago: Simplicity is genius. And the guy is so simple in everything he does with the ball, and I think he is a phenomenal player. Congratulations, Mr Levy.”

Such a glowing assessment and nod towards Mr Levy outlines the enormity of the task faced by AS Roma if they’re to make the rumours concrete.

What may work in Mourinho’s favour if he is to have another player follow in his footsteps is the economic sense any deal would make after signing Højbjerg for only £14.95m last August. Levy would be well within his right to ask for £40-50m for the 25-year-old, although that may cast a shadow on AS Roma’s supposed interest.

Whatever arena Højbjerg calls home next season, Mourinho will be box office viewing in Rome regardless.