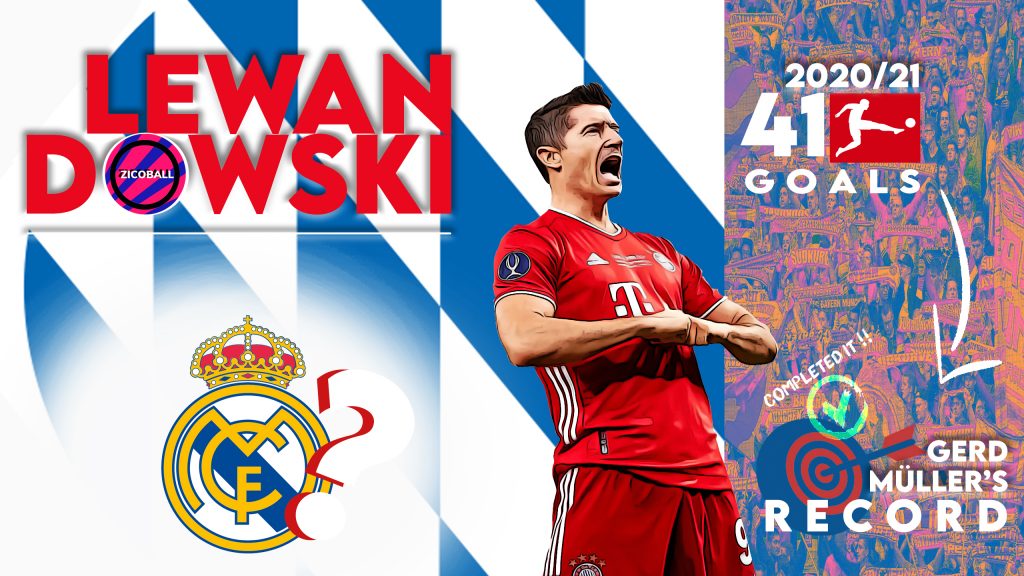 On the eve of the European Championship, reports of a potential move away from Germany for Bayern Munich’s Polish hitman have begun to surface. Robert Lewandowski to Real Madrid is believed to be the pretty sturdy back-up plan in the Spanish capital this summer.

Although Real Madrid’s transfer strategy suggests that it will side with either Erling Haaland or Kylian Mbappé, both deals will be difficult to complete.

The PSG hierarchy is adamant that Mbappé will not leave Paris any time soon, whilst Florentino Pérez will first attempt to get a leg up in the ongoing scrap for the Dortmund man.

Given the complexities around either deal for the next generation of superstar, AS report how perhaps Pérez may, once again, look Lewandowski’s way.

As Lewandowski vacated Dortmund in 2014, Pérez readied an offer for the frontman before Bayern swept in to claim his signature. It was reported that the Real Madrid head honcho backed out of a deal at the last moment, allowing goals galore to follow in Munich.

Goal Getter in Madrid? Lewandowski move not off the cards

Lewandowski boasts 294 goals in 329 games with Bayern Munich. He has been at his prolific best since the move to Bavaria; something Perez will likely shudder at the thought of given how close he was to becoming a Galactico.

In recent comments made to Canal+, Lewandowski outlined his future plans: “I still have an open mind, and I feel good at Bayern. Munich is a wonderful city, and it’s a massive club.

I have, however, always had a curiosity to pick up a new language and experience a new culture, but I don’t know if that is something that will happen during my playing career or later in life.“

The 32-year-old has a contract with Bayern Munich set to run to 2023. Despite any apparent interest from Spain, it’s unlikely Bayern’s grasp on their star man will diminish. Given Lewandowski surpassed Gerd Müller’s record of Bundesliga goals in a single season during 2020/21, it is safe to say he’s not slowing down yet.

For the time being, expect Lewandowski to stay focused on the task ahead for his country. Poland faces Spain, Slovakia, and Sweden in Group E, where the expectation will be that they progress to the knockout stages.

Lewandowski to Real Madrid next season? Time will tell.