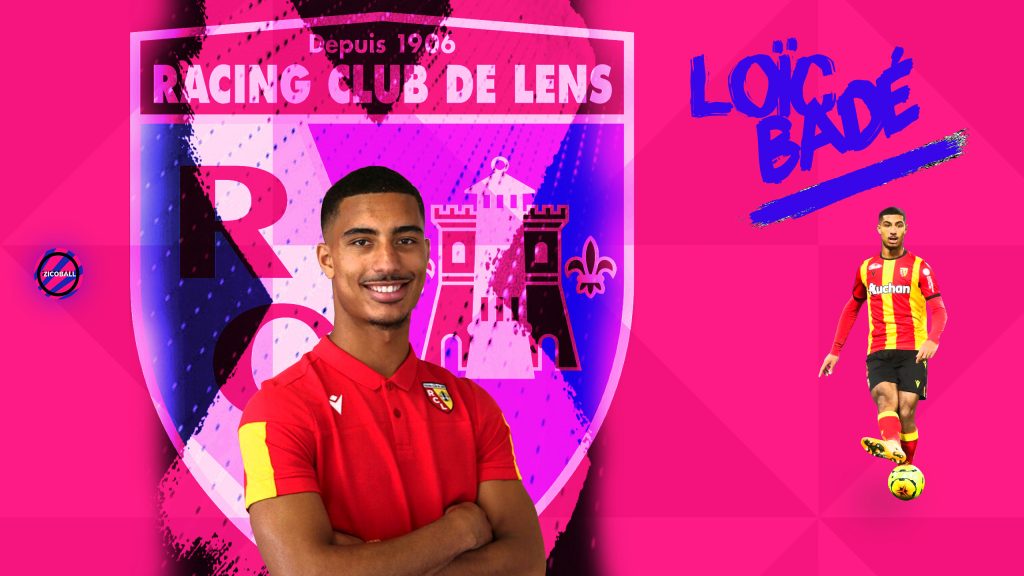 The Premier League is one of the best leagues in the world for unearthing and developing future stars, both homegrown and from abroad, highlighted by the influx of youth littering sides today.

The obvious attraction to play in the best league in the world speaks for itself. The modern-day emphasis on building a pathway for younger players to excel and fulfil their potential exists. Still, perhaps it’s something that slips under the radar with increasingly large transfer fees dictating the market. Clubs have established and structured hotbeds of talent over the years, and we continue to see exciting players grace the Premier League stage.

One more impressive talent recently touted in the media for a potential move to the Premier League is RC Lens defender, Loïc Badé. Despite only making his Ligue 2 debut last year, the young French international’s impressive performances have put a host of clubs across Europe on red-hot alert ahead of a potential summer swoop for the 20-year-old.

A move to the Premier League may not arise for the young centre back this month, but with Liverpool’s long-term defensive woes continuing to be a cause for concern, Jurgen Klopp may bite the bullet in the boost to strengthen his defensive options this summer. The Reds have also reportedly been keeping tabs on LOSC Lille defender, Sven Botman.

THE EARLY CAREER OF LOÏC BADÉ

Born in Sèvres, a commune in the southwestern suburbs of Paris, in 2000, Badé began his humble football journey at AC de Boulogne-Billancourt in 2014, before joining Paris FC’s academy in 2015. After spending two years with the Parisians, Badé joined Le Havre in 2017, before making his professional debut in January 2020 against Ligue 2 counterparts Niort.

The daunting prospect of playing against Ligue 1’s best in the form of Kylian Mbappé and Neymar does not seem to have fazed the young French defender. The 20-year-old has formed a solid defensive partnership with Jonathan Gradit and Facundo Medina, playing their part in some giant killings against Paris Saint-Germain, AS Monaco and most recently Olympique De Marseille this campaign.

ONE OF THE LIGUE 1 STANDOUTS

Since making his professional debut for the four-time Ligue 1 runners up last year, Badé has continued to excel and establish himself as one of France’s brightest young prospects. The Frenchman’s performances for Les Sang et Or have pushed them up to ninth place in the table, one point off the European places.

Badé’s impressive performances at the heart of Lens’ defence have helped the club keep six clean sheets this campaign. The 20-year-old has averaged 2.8 interceptions per game, ranking second in the Ligue 1 defender rankings. Not only does the youngster possess impressive game intelligence, but Badé is also confident with the ball at his feet, ranking fourth in Ligue 1 for progressive carries. Not only that, but he also ranks joint fifth for aerial duels won (73). Not bad for a 20-year-old defender who has only just made his breakthrough in professional football.

In terms of his distribution, the defender has a pass success rate of 85.5%, averaging 63.5 passes per game, highlighting Lens’ slow and intricate build-up play. Whilst Badé has room to improve in that aspect of his overall game, he continues to flourish and be an integral part of Lens’ strong first half of the 2020/21 Ligue 1 campaign.

With the 20/21 season reaching the halfway mark, Loic Badé will be more than happy to see out the rest of the season with RC Lens and continue his fine development.

A move in the summer would be more suitable for the player and club, with the likes of Liverpool and Leeds amongst the clubs tracking the highly promising Ligue 1 defender. A switch to Merseyside is undoubtedly an attractive proposition for any young player, but one that will also make more sense for Liverpool in the long run with their current injury concerns.

In terms of style of play, Badé would complement Jurgen Klopp’s system and provide reliable cover for Virgil Van Dijk and Joe Gomez. The Frenchman only needs to look at Wesley Fofana’s progression at Leicester to indicate how a Premier League move could unlock and develop his potential.

With the current financial crisis that Ligue 1 clubs find themselves in, RC Lens could inevitably decide to cut their losses this summer in the hope of receiving an attractive transfer fee for their young French prospect. The only question that remains is; what move would be the right one for the player? After all, the Premier League is an entirely different ball game to Ligue 1, as Arsenal’s record signing Nicolas Pepe has found since his arrival.

There aren’t enough superlatives to describe the defensive talent that the French have nurtured over the last few decades. Lillian Thuram, Marcel Desailly, Laurent Blanc, the list goes on. With more talent continuing to emerge out of the pipeline, we won’t have seen the last of encouraging French prospects on the Premier League stage.

We’re not putting Loic Badé in that calibre of player just yet, but the 20-year-old seems like he has been playing in Ligue 1 for years, showing signs of a well-rounded defender that will only continue to grow.

It’s fair to say, whichever club wins the race for the highly-rated defender, they’ve got a considerable talent on their hands. Remember the name.