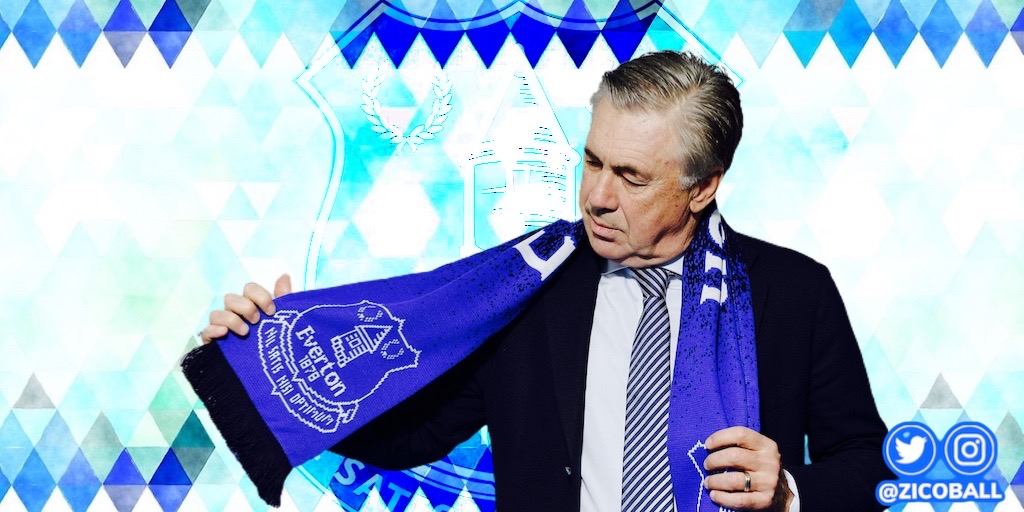 Everton Football Club. A sporting institute entrenched not only with the English top-flight, but also, at one point in time, incredible success.

From Dixie Dean in the 1930s to the brilliant Alan Ball in the late 60s and the awesome Andy Gray in the 80s, Merseyside was not always Red. The first club from Liverpool to win a recognised title, Everton’s First Division triumph in 1890-91 came ten years before their eternal rivals would claim their maiden success. Trophy-less since their fifth FA Cup win back in 1995, the pressure on the club and its current board is excruciating.

Now almost five years on from the lucrative takeover of Iranian-born billionaire Farhad Moshiri, the plan he had set in motion derailed spectacularly. With the sacking of the much-maligned Roberto Martínez being his first major decision, his replacement, Ronald Koeman, faired arguably worse. A 7th places finish in his debut campaign offered plenty of room for steady progress, yet he was gone by Christmas having spent over £150 million from Moshiri’s reported £1.8 billion bank balance.

Yet it is from precisely this conundrum that the most significant question surrounding Everton arose. Why were two coaches of such calibre achieving results of such mediocrity?

Perhaps the issue lay not with the coach, but with the signings. Since 2015 the club has splashed out a combined £545 million on players, some more successful than others. The £30 million acquisition of Romelu Lukaku under Martínez contrasts greatly with his authorisation of the £16 million deal for Oumar Niasse. In 35 games the Senegalese centre-forward managed just eight goals before current head coach Carlo Ancelotti opted against renewing his contract. While the £28 million lump sum received from the sale of Marouane Fellaini was reinvested and used for the purchase of three of Martínez’ favourites from Wigan; Joel Robles, James McCarthy and Arouna Koné, all of whom failed to leave an indelible mark on the club.

The transfer business of his successor proved even less fruitful. The signings of both Idrissa Gueye and Dominic Calvert-Lewin for a combined fee of less than £10 million represented the only smart piece of business concluded by the Dutchman. John Stones’ departure to Manchester City raised £50 million, all of which was used to bring Morgan Schneiderlin and Yannick Bolasie to Goodison Park, while the following summer’s disastrous business would eventually cost Koeman his job.

Davy Klaasen was purchased for £24 million, Jordan Pickford and Michael Keane for £25 million apiece, and Gylfi Sigurðsson for £44 million, currently still a club-record deal. Koeman was dismissed with the club languishing in 18th in the Premier League. What eventually proved a comfortable survival under his replacement Sam Allardyce, surrounded the club in a spot of bother with the initial attempts at replacing Koeman almost landing them in legal trouble.

Moshiri’s admiration of then Watford manager Marco Silva was widely known. The club’s blatant tapping up of the Portuguese coach and Watford’s star player Richarlison ended with the threat of a potential points deduction for The Toffees. Despite an 8th placed finish, a shared discontent with the playing style saw Allardyce relieved of his duties. His departure was not before spending close to £50 million on the Winter signings of Theo Walcott and Cenk Tosun; both of whom have scored a combined 19 league goals for the club across two and a half years before Moshiri finally got his man.

Marco Silva was presented as the new manager on May 31st, mere days following the announcement of Marcel Brands as the club’s new Sporting Director. With transfer responsibility taken away from the coach, it cannot be said that Brands has faired much better.

Since the summer of 2018, transfers have continued in the same hit or miss vein as before. Richarlison followed Silva from Watford for £35 million, Lucas Digne has proved a bargain for £18 million from Barcelona, while André Gomes has shown his true quality since he departed the Camp Nou, his loan deal being made permanent for £22 million. Yet, the pendulum swung with equal contempt in the opposite direction. The £27 million spent on centre-half Yerry Mina looks at this point like a gross overpayment. Moise Kean has managed just two league goals from 31 appearances despite the £25 million price tag, while whoever at Arsenal managed to extract almost £30 million upfront for Alex Iwobi deserves immense praise, the fee not including potential add-ons with the Nigerian forward who found the net once from 26 games.

While the embarrassment at the time of Koeman’s sacking was significant, it paled in comparison to that of Marco Silva. With over £200 million spent and months of unhidden desire, he too was sacked. Scrutiny came to a head following a 5-2 loss at Anfield which saw Everton slip into the relegation zone, a first for the club having played 15 or more league matches, since the 98/99 season. At that point, Everton had won two, drawn four, and lost nine of their opening 15. They had conceded 11 more goals than they had scored as Moshiri’s project looked all but irretrievable. Duncan Ferguson’s interim time in charge brought about slight improvements as he left the role unbeaten, but only having won one of four. Floundering and on the decline less than one year ago, the appointment of Carlo Ancelotti has given Evertonians something new; belief.

At one point sitting 9th with potential European football on the cards, 12th then represented a respectable finish for the Italian with a poor squad. Heading into the transfer window it was accepted within the club that signings were needed, yet few would have foreseen the impact that they have made.

Young left-back Niels Nkounkou was signed from Marseille and has already shown immense promise with his outing in the league cup. Abdoulaye Doucouré’s box-to-box qualities and Allan’s ability as the deepest lying midfielder complement each other perfectly alongside Gomes. Begging for a difference-maker to make their European dream a possibility, the signing of Colombian playmaker James Rodríguez, on a free transfer no less, may prove to be the bargain of the window.

While the possibility always remained that the season would whittle away into mediocrity given their last four campaigns, with the risk still lingering, they could not have hoped for a better start to the season.

Everton began with a fantastic 0-1 win at Tottenham, their first on the road against such opposition since 2008, before routine wins over Salford City in the league cup, and West Bromwich Albion in the league. The latter was particularly impressive, falling behind 0-1, then being pegged back to 2-2 before their quality proved too much. The eventual 5-2 victory displayed the class and panache of James at its peak, as well as the squad’s newly ingrained character and determination.

As has been noted, if Ancelotti fails to get the most out of this Everton team, it is unlikely that anybody will. Following a win against Fleetwood in the cup, a trip to Crystal Palace in the league lies ahead before two successive home games. A fixture against Brighton acts as a warm-up for what looks to be a mouth-watering Merseyside Derby at Goodison Park. Should Everton head into the derby with four league wins from four then Champions League football will stand as a definite possibility. Should they fail and fall yet again into obscurity, Moshiri’s project will be deemed an unmitigated failure.