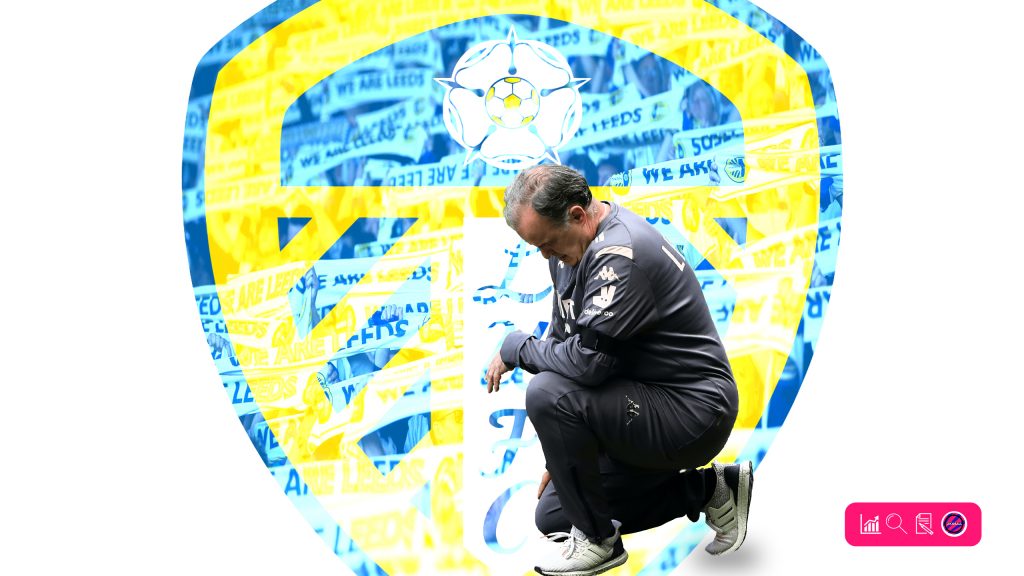 Few careers match Marcelo Bielsa for nomadism; jaunting from his native Argentina to Mexico, Spain, back to Argentina, France, Italy, and now England. For a manager of Bielsa’s influence, having inspired the likes of Guardiola, Pochettino, and Simeone, he can boast very few elite jobs on there.

The Argentina national post stands out as the most reputable, holding it from 1998 to 2004. However, the rest of the CV reads as numerous spells at mid-high level clubs, and rarely for more than two seasons.

Enter Leeds United in 2018, forever yearning to get back to the promised land of the top tier after a decade of mismanagement, relegation, and subsequent false dawns. Bielsa’s dawn is anything but false, sealing Leeds’ fate and catapulting them to the promised land. Leeds are back amongst England’s best.

Understanding Bielsa, and not just his legacy, but also his rise, is essential to understanding his football. Players describe his methods as being military and requiring total commitment and dedication to his vision. Where some managers aim for a transparency between player and coach, to buy into the same ideas, Bielsa instead refines his own image through trawling over hours of footage to crack the code himself. The players’ homework is then to study these ideas and replicate them.

In his book, Angels with Dirty Faces, Jonathan Wilson describes Bielsa’s archives as being the most extensive in world football. Bielsa’s archives, coupled with a supposed ability to watch two games simultaneously, paints the picture of a man with total faith in his methods and ideas on football. Bielsa’s training routines of teaching his players over one hundred methods of attack and defence, that one must attack in a way so to also defend against the counter, began a revolution in footballing thinking that was offensively vibrant, while being defensively protective.

Another part of his great philosophy was mapping out the pitch to maximise attacking fluency, passing in a specific direction so for the opposite side to cover, and to play direct like a chess match. Guardiola’s strategy in possession, of dividing the pitch into gridlines so that no two players are blocking a pass to another teammate, takes inspiration from this mode of thinking.

For so long, English football was seen as a battle of wills, and that physical strength would be the determining factor. The likes of Bielsa and Guardiola, who profess that football is a game of movement and predetermined understanding of these movements, were always deemed unsuitable. The assumed arrogance that comes with belief in methods based on knowledge, rather than physicality, is so often sneered at on these shores. Yet, both master and apprentice are sure to have dispelled these doubts by the time they leave.

One of Bielsa’s most famous innovations is his 3-3-3-1 formation. Since moving to Yorkshire, this has been more abstract. His Leeds team have mostly lined up as a 4-1-4-1, yet in possession, his trusted system comes into force. The benefits of this unusual setup is that it allows the side to build-up play from the centre-backs, without being congested within their half or vertical zone. The full-backs play high and wide, pinning back the opposite full-back and wide midfielder, and one of the central midfielders drop between the centre backs to make the back three. In Leeds’ case, this player is Kalvin Phillips, who moves backwards to give the side better ball-playing potential from deep in their half. Formerly an attacking midfielder, Bielsa has extracted his quality on the ball to create this side of accomplished ball progressors.

Where Guardiola creates a 3-3-3-1 shape by asking his full-backs to tuck into midfield, Bielsa wants his deepest midfielder to drop between the centre-backs, and allow the full-backs to be aggressive and high.

The importance of this shows in Leeds’ statistics for the 19/20 Championship campaign. Towards the business end, they led the league for possession with 59.8% ball share, taking almost two shots per game more than the next highest by this metric.

So much of Bielsa’s methodology is about winning with charisma and style, rather than winning by any means. To exercise this high amount of possession in a league famed for its physicality is testament to this.

The variations of movement amongst his Leeds players is something reflective of a Guardiola side, especially his title-winning Bayern team. The ball carrying prowess of his aggressive full-backs make them adept at overlapping or peeling inside when the wide midfielders stretch wide.

In Leeds’ 5-0 demolition of Stoke City, left-back Stuart Dallas carried the ball upfield and passed into Pablo Hernandez in the inside left position. Hernandez is usually given the freedom to roam in the attacking third and pull players with him, so drifted wide in this instance. Dallas passed into the Spaniard, who reversed the ball back to Dallas running beyond him on the underlap.

The modern left-back would be expected to explode at pace onto this pass and cut across goal. Dallas, however, weights a pass with his first touch to play in Helder Costa behind the defence and score. For Costa, supposedly playing as the wide midfielder, to have been awaiting this move in a centre forwards’ space, and for Dallas to move and find the pass in this way, is everything Bielsa strives towards. Midfielders who can pop up across the attacking line to make use of the aggressive movement of the full-backs, yet covered defensively (Patrick Roberts is occupying Costa’s wide position) is archetypal Bielsa. The intricate and expressive attacks that simultaneously guard against being counter-attacked is him to a tee.

Another vivid example of ‘Bielsa-Ball’ came in the side’s 2-0 win over Huddersfield, in March. The opening goal by right-back Luke Ayling is a piece of exquisite timing; running onto a floated cross to volley in off the crossbar. The perception of attacking opportunity is prime Bielsa, but so is the movement that leads to the goal itself.

In only the second minute of the match, the full-backs and central midfielders arrow forward, with Mateusz Klich running ahead of a pass from the left-back Dallas, to flick it into the path of Hernandez. The Spaniard fed the run of left midfielder Harrison, who drives forward and crosses for Ayling to score.

Klich and Hernandez are the side’s designated central midfielders, yet in reality, they rotate and move according to the ball and speed of attack. Where Klich is more box-to-box, and runs vertically, Hernandez floats and acts more as a linking presence between the midfield and attack. Bielsa, as with most Argentines, makes use of this creative presence to have a man free between the lines to either feed the striker directly, or play in the wider playmakers. Bielsa’s native dialect describes this role as the ‘enganche’, and it has come to define the likes of Juan Roman Riquelme; creators with perfect weight of pass who provide attacking openings without defensive responsibility. This perfectly encompasses the now thirty-five-year-old, Hernandez.

With Phillips tasked with receding into the backline, Klich runs beyond Hernandez, and in doing so pulls a defensive runner away from the creative Spaniard. The 4-1-4-1 becomes a 3-3-3-1 as the manager desires, due to the running of Klich, to free up Hernandez in his enganche role.

The role of centre-forward Bamford, in this rotating system, cannot be undervalued. While he has flattered to deceive in his short stints in the Premier League, Bamford has shown a willingness to run beyond the defensive line, but also to pull wide into the channels. His desire frees up half-spaces between the centre-backs and full-backs for Hernandez, Klich, or the wide midfielders to run. Such presence of mind and space may serve the young Englishman well should he return to the top-flight.

The case study of Leeds United post-2003 is a precarious one. Dropping down into League One in 2004, with 21 managers in the 14 years preceding that fateful year. Fourteen of those came within a six-year time frame, between 2012 and 2018, coinciding with the disastrous and damaging takeover by Massimo Cellino.

As one of the country’s most successful clubs of the 1970s, and competing in Europe as recently as the early 2000s, it was always told as a sad tale of decline. Yet, this enigmatic and elusive Argentine has managed to encapsulate the spirit and style required to lead such a club, as they currently stand poised to lay siege on the top-flight.

Soon, Premier League fans will understand why the likes of Guardiola and Pochettino idolise the man they call ‘El loco’. The drama and intrigue that has followed him in his career will likely take land in the top-flight next season. Whether it is the glasses on a chain, sitting on the pitch-side drinks box, or his’ attack vigorously while simultaneously covering the counter’ philosophy, fans and rivals alike will soon see why this character is one to be remembered.

It is now down to Premier League audiences to ditch their trophy-laden mindset of what constitutes a great manager, and enjoy the Marcelo Bielsa show.