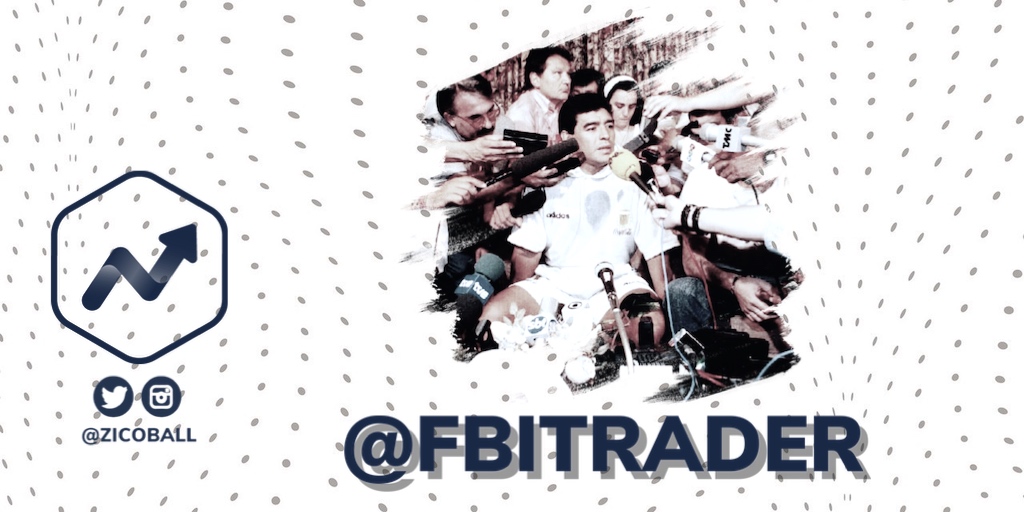 So, as you may or may not know, Football Index’s CEO and founder; Adam Cole – @AdamColeFI – often holds Q&A’s on Twitter with Football Index traders who have questions about the platform. The most recent Q&A held this week, I skipped.

However, there was one real shocker that I saw all over Twitter in the morning which was the comment from Adam Cole regarding “Doing away with tabloids.” I thought, what? Surely not, you want to kill media?

Now, I thought I would dig a little deeper and see what Adam Cole said, as often traders can jump to all kinds of conclusions. These Q&A’s can tend to spiral out of control, and so often the original message gets lost.

But first, what are Football Index media dividends? I will get onto why they are important later.

So, what are they? Well, in the words of Football Index, taken from their Academy page on Media Divs:

“We take news headlines from 20 trusted media sources and scan them for player names. Footballers with mentions in the media get points, and the players with the highest points tally get into the Media Rankings. The top three players win Dividends on non-Match Days, and the top player wins on Match Days.” Media Rankings are based on the final Media score from each player on each day, at 00:00:00.

The payouts for Media Dividends vary depending on what kind of day it is. With football seeing a massive wave of fixtures over the next few months, there will likely be fewer media days than usual, and many times with just one winner. More on that later.

I thought it would have been a nice touch for them to announce 5p for a Media winner on a Match Day, seeing the payouts for Media Dividends will be less in the coming months.

Football Index could have considered this when deciding to claw back the incorrectly paid dividend payouts on the 1st June, when the 5-place media promotion had just come to an end. It was poor PR in what was an already buoyant market, and for me, the Q&A was the cherry on the top. The timing, preparation and management of it, could have been much better.

TABLOID MEDIA – BE GONE! OR NOT… MAYBE… Okay, NO THEN!

So, in the Q&A on Twitter, Adam Cole discussed Media on the platform.

Firstly, he came out with this:

What sticks out to me here is ‘could’, and ‘not set in stone’. It seems he may have realised from the immediate feedback received, that someone at FI had slipped him the wrong survey results from the Media review – doh!

He also mentions quality and then says quantity. A typo in the first Tweet perhaps? Although it was in CAPS!

The main issues with Media are plain to see, and the majority of Football Index traders will agree. These two areas include the first and last name issue, and the amount and quality of articles from tabloids that skew scoring using the AFINN sentiment scoring index.

The actual tabloids themselves are not the issue, that is where a large slice of the media dividends come from, as well as transfer speculation. By cutting tabloids out completely, you are reducing the value of media dividends, and making it far less active and exciting.

I think there is a very slim chance that they will remove tabloids like The Sun, The Star, and The Express, and decide to do something else. I mean, you might think the Sunday Times is quality, but come on, Wayne Rooney rights for them!

HOW TO IMPROVE MEDIA

1) Keep the sentiment index, for now. Remove certain words that appear in both player and team names like Victor, Jesus and United. Perhaps put in a few football-related words like ‘goal’ for example. Just a thought?

Adding a few negative words like racism, police, and sex, could save you some trouble from manual filtering.

2) Average out the scores from ALL existing outlets each day, and then rank them accordingly. That way, the number of items is irrelevant from each source, and it is a leveller, yet still interesting, playing field.

4) Sort out the first name and last name issue. Traders are fed up with their players being the main focus of an article, but miss out on any Media points due to their first name not included in the title.

At least have this big Media issue on the to-do list over at Football Index. I think with the Matching Engine, Order Books, and Nasdaq, it seems that their tech team don’t have 20 minutes to sort this out. Okay, even if it takes them a week or two, it’s a win-win for them and the community. It would mean their customer support have to deal with far fewer complaints, just for starters.

5) Consider adding some quality foreign Media sources in each region, like L’Equipe, Gazetta, Bild and Football Espana. Or at least one that covers the lot, like Mercato. It would be imperative to fix the first name and last name issue here though, as most journalists only write the player’s surname in the article headline. You will need to fix that when pooled regions happen, oh wait… did I miss something else?

1 & 2 are so EASY, a person on job experience could do it in a day, even someone with no programming skills. 3, 4, and 5 will all need much more attention. But it would be worth it.

All of these changes would not only keep the community happy, but they would also result in a far fairer reflection of the media and make it more enjoyable.

WHO IS BEST FOR MEDIA ON MATCHDAYS

Ten players in the Top 50 on Football Index have earned more in Media Dividends than Performance Based Dividends.

In Media Dividends alone, Bruno Fernandes has returned £1.57, Jadon Sancho £1.31, Paul Pogba £1.41, Lionel Messi 96p, Cristiano Ronaldo 87p, Harry Kane 82p, Neymar 76p, and Timo Werner 53p. Combined they have won £8.23 in media Dividends compared to £2.59 in Performance-Based Dividends, and that doesn’t include the Double-Dividend period. Football Index will always look to provide a Dividend bonus, and Media could benefit at some point. Still, it does need to be a key consideration when thinking about purchasing a player.

That’s a lot of coin, just among the top media performers.

It’s an important point to consider with so many Matchdays over the next few months and very few media days. Some who have thrived during double dividends and 5-place Media may start to dry out a little bit. First of all, I’ve listed these by the top Media winners on Matchday Media Buzz (MMB).

%Match Days: Percentage of overall Media Dividends on a Matchday. A low percentage may indicate a struggle for media over the next few months.

%MMB/PB: Percentage of Matchday Media Buzz divided by PB Dividends. A high percentage may indicate a more favoured media player over PB on Matchdays. In contrast, a lower percentage could show they are a better PB play than media.

When studying the returns for each player above, it’s no surprise to see Bruno Fernandes top the list with £0.59 of his £1.57 Media Dividend wins coming on a Matchday, which is 38%. His MMB to PB percentage is a massive 369%, indicating that he is a great hybrid play for both MB and PB. When he puts in good performances, he also attracts Media.

Paul Pogba has been out of action for a while. However, 22% of his Media, or £0.31 of £1.41, came on Matchdays. That’s a huge 1550% MMB/PB ratio. This percentage is somewhat misleading due to only earning £0.02 in PB Dividends. He can clearly hold his own and win media, even on Matchdays.

Jadon Sancho is an interesting one. Just 18% or £0.23 of his £1.31 Media Dividends came on Matchdays. Of course, if it’s a quiet day and he knocks in a hat-trick and displays an anti-racism t-shirt, that will make the difference. However, he won’t be doing that every week. It’s an interesting point to note, and one reason why I took some profit last week after his recent rise. I had bought Sancho due to the Covid-19 media on offer, and this seemed like a good time to realise profits.

Neymar is similar to Messi, attracts both kinds of media, but only 29% of his media points came on matchdays, with a low 49% MMB/PB ratio.

My preferable players to hold will be ones who can get Media wins on Matchdays. These include Bruno Fernandes as the clear standout, and Paul Pogba, Marcus Rashford, Erling Braut Håland, Raheem Sterling, Harry Kane and Kai Havertz. Players like Nicholas Pépé, Firmino and Richarlison earned ALL of their Media Dividends on Matchdays and are worth noting.

With so much football and fewer Media payouts, these guys should provide some Media ‘security’ with the promise of some PB. On quiet days these players should still challenge for Media as they have done in the past.

I’ll leave you with something to ponder regarding Trent Alexander-Arnold. The Liverpool man has earned £0.13 in media, compared to £0.43 in PB. However, 46% of his Media Dividends have come on Matchdays. Yet, he has a low 14% MMB/PB ratio, indicating he is a pure PB play. Although there is an opportunity of Media from time to time on the back of a big display. Virgil Van Dijk is of a similar profile, better for PB than media.

Food for thought. Who will you go for?

If you have any thoughts or questions on the above or any aspects of Media on Football Index, leave a comment or respond to the post on Twitter. Happy trading!