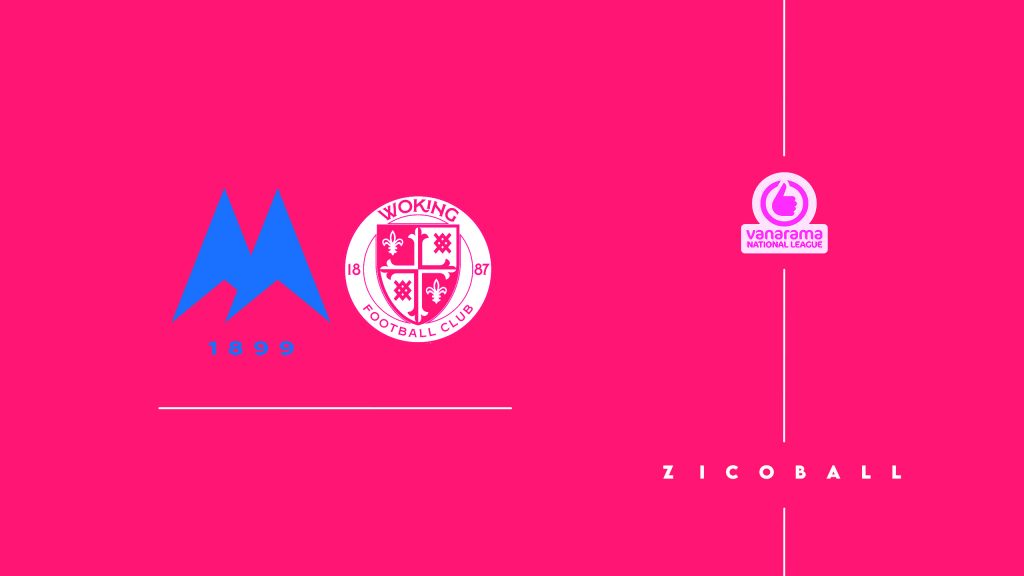 It is difficult to run the microscope over a set of fixtures in the Vanarama National League without envisaging goals across the board. This season has been no different in England’s fifth tier, with an eye-watering 295 goals scored as we edge into October. That’s an average of 3.07 goals per game – box office.

Wealdstone faces Solihull Moors in the televised match-up on BT Sport, but the main focus here will drift towards four sides who are no strangers to the scoresheet.

First up, what should be a hotly contested battle between an in-form Woking and promotion hopefuls, Dagenham & Redbridge. The home side has raised eyebrows in recent weeks by dispatching both Notts County (1-4) and Torquay (0-4) on the road and coming from behind to score three at home to Chesterfield (3-1).

The Woking faithful will be expecting a tough evening up against the Daggers, but there will be several inside the Kingfield Stadium boasting a cautious expectancy given recent results. Woking have won four and lost three to date this campaign, after a season to forget in 2020/21 where they scored 42 in 42 games, negatively trumped only by Barnet (37) as the side from the capital finished rock bottom. With 17 goals in their first 7, Woking boasts an average of 2.4 goals scored per game, doubling (and then some) the previous season’s total, albeit from a smaller sample size.

The hosts have also conceded 10 goals so far, feeding into the choice of our bet this evening; Over 2.5 Goals. Woking fixtures this term have provided an enjoyable watch for devoted fans, racking up a total of 3.8 goals per game. Dagenham & Redbridge, on the other hand, can do a little better than that – the visitors are hitting 4.1 goals per game on average, registering 2.6 themselves.

Daryl McMahon’s Daggers sit second in the table after a storming start and will offer Woking’s backline a stern test. Over 2.5 Goals has landed in 7/9 Dagenham & Redbridge National League fixtures, resembling the 6/7 Woking matches where the selection was fruitful for punters.

The 1.67 price for Over 2.5 Goals is one to steer away from if you’re looking to back a single selection. For me, this will be incorporated into a National League double with Over 2.5 Goals in Boreham Wood v Torquay.

When Torquay United are in town, it’s more than likely that goals will have followed them up from the English Riviera down South. Although 4/9 Boreham Wood fixtures have produced Over 2.5 Goals, it is Torquay’s presence that has forced my hand here.

Over 2.5 Goals has landed in 7/9 of Torquay’s matches in 2021/22. The Seagulls look defensively vulnerable, whilst possessing a clinical edge at the other end when they really fancy it.

Bet 365’s price of 1.85 for Over 2.5 Goals feels generous, however, Boreham Wood have shown they can shut out opposition and edge towards a share of the spoils. In their first four games, Boreham conceded 0 as Under 2.5 landed in 4/4. Since then, goals at both ends have flowed with 18 in 5 – let’s hope that continues this evening.

Torquay make their way to Meadow Park off the back of a 5-0 trouncing of Wealdstone and a spirited fightback against Chesterfield (2-2). An Armani Little strike on the 88th-minute and Tom Lapsile’s 96th-minute leveller in Chesterfield provided the ammunition for their trip to Wealdstone, and potentially, the same may be said for tonight’s trip to Boreham Wood.

After a stuttering start to life this season, Torquay fans will be hopeful that their season is about to kickstart into a push for the playoffs.

Both selections are priced from Bet365.