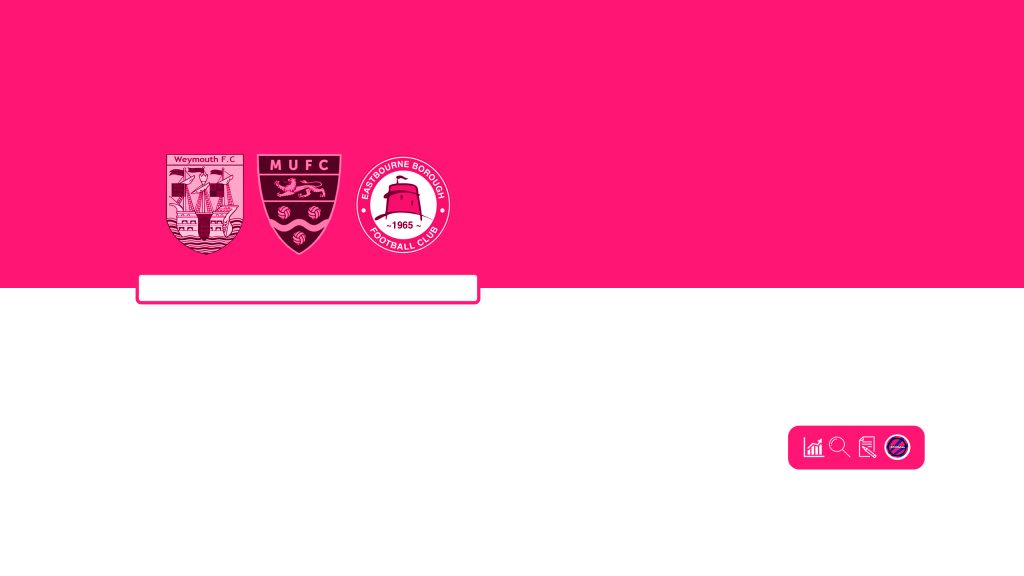 The three matches packed into this ‘non-league football bets’ preview:

The Non-League scene is one often dismissed and not given a second look, but delve deeper, and there is plenty of value to be had. In Matthew O’Regan‘s first article here at ZICOBALL ahead of a busy campaign, he’ll be previewing fixtures from the fifth and sixth-tier of English football. Let’s crack on.

We start this preview in Kent and an intriguing fifth-tier match between two recently promoted teams.

The Stones won the National League South with 87 points, six points ahead of Tuesday’s opponents. Maidstone games averaged 2.95 goals last season, with Hakan Hayrettin’s side scoring 80 and conceding 38 in a 40-game season. Despite playing the last half-hour with ten men, they opened this season with a gritty 1-1 draw away at Altrincham.

Maidstone followed this up with a 2-1 victory over York City, overcoming a penalty miss at 1-0 down. Midfielder Sam Corne bagged a brace, a player with an impressive goal-scoring record, once scoring 21 goals in 40 games. With talented midfielder Regan Booty amongst their ranks and the experience and pace of Roarie Deacon and James Alabi, Maidstone are well versed in attacking areas.

Dorking is a club that most will be unfamiliar with. Formed 23 years ago in a park by a group of mates, Wanderers have achieved an astronomical rise through the ranks, gaining 12 promotions since their founding in 1999. So, it comes as no surprise that this is Marc Whites side’s first adventure into the 5th division of English football. However, they have not been phased and have gone toe-to-toe with two of the league’s heavyweights.

An opening day 2-2 draw at home to Chesterfield could’ve gone differently if it weren’t for Chesterfield keeper Lucas Covolan being sent off and replaced by midfielder Ollie Banks. Nevertheless, credit must go to Dorking for managing to salvage a draw from 2-0 down. They then travelled to Boundary Park to take on former Premier League side Oldham Athletic, succumbing to a 3-2 defeat. This attack-first mentality was a key reason Dorking gained promotion from the National South. They scored an incredible 101 goals last season but also conceded 53, with their games averaging 3.85 goals per game.

Although non-league goal-scoring machine Jason Prior returned to Havant & Waterlooville, White still has a plethora of striking options to call on for goals, most notably Ryan Seagar and Alfie Rutherford. Seager scored 41 goals in 59 Hungerford appearances and is a more than adequate Prior replacement. Rutherford, at 23-year-old, boasted 32 goals in 37 games last season and is no stranger to the National League, having bagged 15 goals in his debut season for Havant and Waterlooville.

We can expect goals in this game. The over 2.5 goal line that bet365 offers seems too good to turn down.

Next up, we’re dropping down to the sixth tier and turning our attention to Dorset. Recently relegated Weymouth host recently promoted Worthing in what is set to be a fascinating tie at the Bob Lucas Stadium. The Terras finished 15 points adrift of safety in the fifth-tier in a torrid season. Weymouth only won six games, and this poor form has continued this season, losing 3-1 at home to Tonbridge Angels before suffering a 3-2 home defeat to Ebbsfleet.

Goals were a familiar theme for the Dorset outfit last campaign, with their games averaging 2.90 goals. Conceding an average of 2 goals per game, the Weymouth defence is not a difficult one to breach – and one likely not looking forward to facing a rampant Worthing.

Worthing finally got promoted from the seventh-tier after having a potential title-winning season curtailed by the pandemic. As a result, they are a side on a rapid upward curve, and it would not surprise me to see them up the top of the league this time around. Worthing started the season with a 1-1 home draw with Dover, with a missed penalty and a few missed sitters costing them the win. This was followed by a 4-2 victory away at Welling.

The Rebels possess goals in abundance, most notably Jake Robinson, scoring for fun in the non-league scene for many years. With Worthing carrying last season’s momentum into 2022/23 and Weymouth yet to halt the rut, I can see goals galore in Dorset.

Here we have another Sussex side in action, with Eastbourne Borough hosting Ebbsfleet in a mouthwatering tie. Both teams were profitable for me in the goal market last season, so it’s an angle I’m willing to take a chance on again.

Eastbourne finished in the playoffs, three places behind Tuesday’s visitors, Ebbsfleet. Their games saw an average of 3.5 goals, with Borough scoring 73 and conceding 67. During this campaign, their matches have continued in a similar vein. An opening day 3-1 victory away at Oxford City was followed up by a 4-3 defeat at home to Bath in which they let a 3-1 half-time lead slip. Furthermore, with James Hammond and the prolific Greg Luer amongst their ranks, the East Sussex side has plenty of goals in them.

Ebbsfleet currently sits top of the table and will look to go one step further than last season’s playoff heartbreak and win the league. They’ve made strides to do that with a convincing 3-0 defeat of a Chippenham side who finished in the playoffs and a 3-2 victory away at recently relegated Weymouth. Fleet also boasts five different goal-scorers after just two games.

The last campaign saw Dennis Kutrieb’s side score 78 and concede 53 at an average of 3.27 goals per90. It is evident that both sides are goal machines, so I am anticipating an end-to-end game on the south coast.