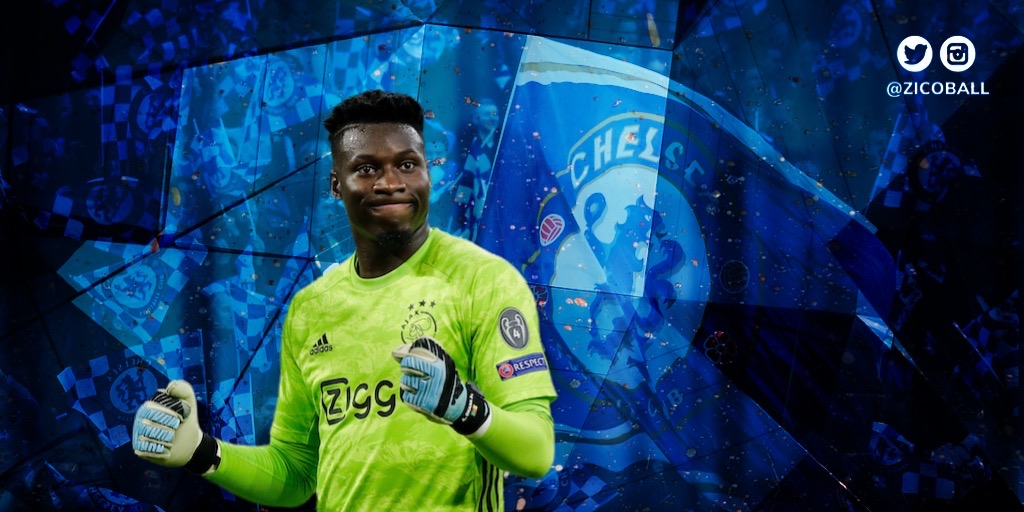 Chelsea are on the lookout for a goalkeeper after another underwhelming season from Kepa Arrizabalaga. Andre Onana, currently playing for Ajax Amsterdam, is one of the front runners alongside Burnley’s Nick Pope.

My personal view is that Onana is a much better fit for Frank Lampard’s style of football.

Kepa Arrizabalaga has been called into question for not commanding his penalty area, and Onana will be a massive upgrade in this respect. The 24-year-old is not afraid to leave the line to catch or punch the ball away from danger. He can be the much-needed leader for a Chelsea defence which conceded 79 goals in 55 games in all competitions this season. In contrast, Ajax conceded just 21 goals in 24 Eredivisie games, that’s after losing their dependable defensive rock, Matthijs De Ligt, to Juventus.

Probably the best way to judge a goalkeeper’s shot-stopping ability is to analyse the post-shot xG +/- values. For those of you who don’t know, the post-shot xG +/- is a metric that takes into account the quality of shot, speed, placement, and height, to see whether the keeper performed better or worse than an average goalkeeper.

Andre Onana has been top of the list in the last two champions league campaigns in terms of post-shot xGA.

In comparison, Kepa had a -4.7 PS xG in the 2018/19 season. This season, Onana’s combined save percentage in Eredivisie and Champions league is 79%, whereas Kepa’s averages at 54.5%. We also have to remember Ajax’s high pressing, attacking football, which does leave the goalkeeper exposed. One doesn’t rank number one on xGA for two consecutive Champions League seasons by luck alone.

It’s only fair if we compare Kepa Arrizabalaga’s numbers as well. The young Spaniard has the worst save percentage – 54.5% – in Premier League history (minimum 10 games played). He ranks in 730th place in this category. In his two seasons in London, Kepa has conceded 8% of all Chelsea’s Premier League goals since 1992. This campaign, Chelsea have conceded the third least shots on target, behind Manchester City and Liverpool, but they have let in 54 goals, the most in the top half of the league.

Onana, on the other hand, is capable of saving with sharp movement, and he is sensational with the ball at his feet. Unlike Kepa, Onana does not panic when opponents apply pressure. If this transfer does materialise, Onana will often be pressed by the likes of Liverpool, Leeds United, Southampton and Manchester City next season in their hunt to press high upfield. However, Chelsea fans should remain calm as the Cameroonian possesses composure on the ball, sharing similarities to City’s Ederson.

The Ajax man has many admirable qualities, but he has been guilty of getting caught in no-man ‘s-land when sweeping the ball. Onana is an aggressive keeper who has made occasional errors when leaving the line.

In contrast to Ajax’s style under Erik Ten Hag, Lampard’s Chelsea will not require as much sweeping from the goalkeeper. Regardless, this issue can be ironed out on the training pitch where Onana could work with Lacey forwards in Timo Werner, Pulisic, Hudson Odoi, and Hakim Ziyech.

Nick Pope is a superb shot-stopper, but the Englishman plays for a Burnley side which centres around an organised defence, set pieces, and counter-attacking football. Nick Pope does not get exposed too often due to Sean Dyche’s tactics.

Andre Onana possesses better quality on the ball, something that is extremely important in modern football. As sensational as Pope is, Lampard’s style requires a goalkeeper who also has proper ball distribution.

Atlético Madrid’s Jan Oblak is, I’m sure, top of Chelsea supporter’s lists. The 27-year-old Slovenian will be available to discuss his future following Diego Simeone and company crashing out of the Champions League to Werner’s old club.

Oblak has been dubbed the best goalkeeper in world football by many, and maybe he is, but he does play in a rock-solid Simeone defence. The type of fee quoted for the goalkeeper would likely demand a world-record sum, something Roman Abramovich has recently sanctioned to reside in Stamford Bridge’s net, and may not be willing to do so again so soon.

Valued at £36 million according to Transfermarkt.com, Onana would be a bargain for Lampard’s team.

The Ajax stopper is seemingly underrated. He doesn’t make many acrobatic saves or play up to the camera, but in his position, he is an elite talent, proven by his Champions League showings. Onana will bring a much-needed calmness and authority to Chelsea’s defence.