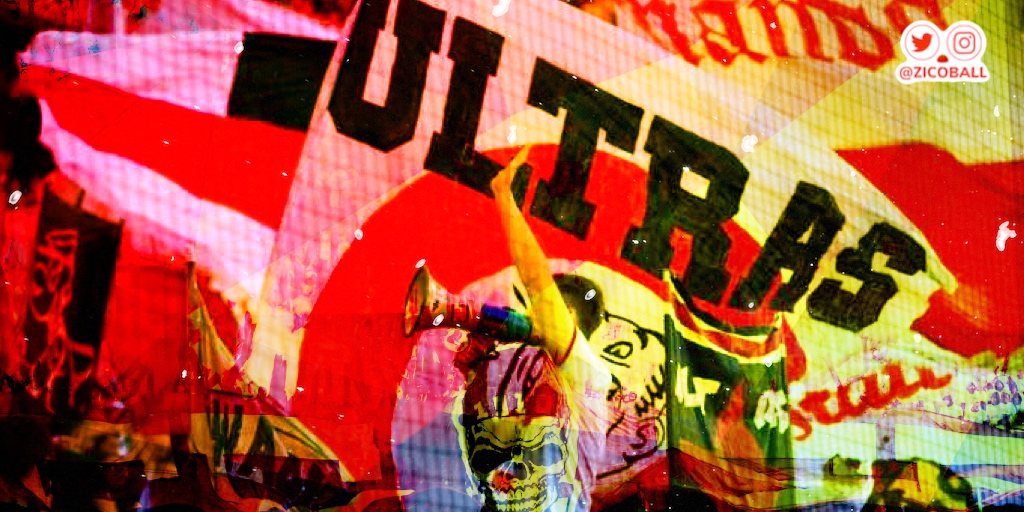 Some might say that football and politics shouldn’t mix. Yet, when one looks back in football’s history books, you realise just how intertwined they are. Football started as and still is a working-class game, with most Premier League clubs set up by working-class men.

Even with the money taking over the game, clubs still get predominately working-class fans paying their hard-earned wages each week to watch their beloved club. On the terraces and in the local watering holes, you can be sure to find shared points of view on not only their beloved football club but also topics of interest within their communities. So, there is no surprise that football and politics can occasionally be an unexpected match made in heaven.

The Old Firm derby is one of the most heated fixtures on the planet, and its fiery origin is down to political and religious factors. In the 1500s Scotland converted from Catholic to Presbyterian, and this brought the attached Protestantism across.

Glasgow and Rangers turned away from the Catholic fate as part of the Scottish religious revolution. Many Irish folk moved to East Glasgow to escape financial troubles and to look for a better life. The introduction of Irish Catholics added the religious rivalry seen today. A vast majority of Rangers fans are Protestant, while Celtic remains to have a substantial Catholic following.

The religious divide with their neighbours isn’t the only reason for the divide which can also be lent to political reasoning; Celtic fractions are known to side on the left politically. They pride themselves on being anti-fascist, anti-racist and anti-sectarian, and have been known to fly flags for Basque and Palestine as part of their political statement.

The German club prides itself on their left-wing, socialistic values. The club underwent some politicisation in the 1980s, and during this period, football hooliganism grew exponentially across Europe. In Hamburg, there were an increasing amount of fascists and hooligans, causing the average football fan to decide they would rather watch St Pauli instead. A cult phenomenon took off and helped St Pauli build their fanbase even bigger; they utilised their location near the city’s red-light district to entice younger, socially driven fans. By 1990 St Pauli managed to sell out their 20,000-seat Millerton Stadion.

For all of their off-pitch political stance, St. Pauli have rarely appeared in the top-flight of German football. The unique club prides itself on their anti-corporate principles, and them sticking true to their beliefs is seen as just as important as any success on the field.

Although it isn’t their official club emblem, St Pauli are synonymous with the iconic skull and cross bone logo.

Livorno embodies everything about the left-wing ideologies in Italian football. Although they aren’t the only club in Italy who promote such values, they are one of the most vocal, with their fanbase proud of their anti-fascist stance. This has caused altercations with several right-wing fanbases of rival teams including Roma, Lazio, Inter Milan, AC Milan, and Hellas Verona, all due to political differences.

The club’s political standpoint can be traced back to the mid-1400s when the Medici family of Florence constructed a port and created a range of progressive laws. The laws stated how people from any nation could come and work and therefore be a part of the community. This encouraged a large group of minorities, including Jews, Turks, Moors, and Persians, to migrate, creating a multicultural city with a vibrant undertone.

In 1921 the formation of the communist party in Livorno pretty much solidified their left-wing status.

While there aren’t many clubs in England that associate with a political stance, there are exceptions. Both Everton and Liverpool both have left-wing views with strong working-class backgrounds. While Forest Green are a vegan, plant-based club with a clear onus on protecting the planet as a green organisation, it’s also worth mentioning Dulwich Hamlet.

In 2015, Vice reported that a new wave of right-wing ultras was attacking English football. Annoyed with the overpricing of football tickets, they found new alternatives where the beer is cheaper, better, and you can smoke pitchside. Dulwich made themselves a symbolic opposition to this surge, similar to how St Pauli kick-started in their left-wing status. Like their German counterparts, Dulwich concentrates on off-field happenings as a priority.

Dulwich were the first non-league club to openly back the rainbow laces campaign – an LGBT movement against homophobia in football. They even played a friendly against Stonewall FC, Britain’s first openly gay football team which the club encouraged children and woman to attend.

Politics is just like football; there are two opposing sides. While the aforementioned clubs are more to the left of the political spectrum and many stay neutral, some clubs do venture to the right…

The Sun, in 2018, labelled Zenit St Petersburg as ‘The world’s most racist club’ – the publication had plenty of evidence to support their claim, which makes a change.

There are manifestos produced by the Landscrona, a major Zenit supporters group, that mentions the club shouldn’t sign any black or gay players. The group have displayed banners with the same message, and fans have been sighted wearing the infamous Ku Klux Klan hoods to games.

Roberto Carlos, Christopher Samba, and Malcolm have been on the receiving end of racial abuse, including banana’s thrown onto the pitch in their direction.

The fans were heard repeating their motto in unison; “there is no black in Zenit colours.” This awful take was in reaction to Zenit signing their first black player in 2012. Landscrona saw this as the club ‘ramming it’ down their fans throat.

The fact that state-owned energy company Gazprom own a majority in the club is a clear indication that Zenit is the perfect example of Russia under Vladimir Putin; showing both nationalism and state-controlled capitalism.

Italian football’s ultra-culture has always been synonymous for their fans right-wing outlook. From clubs like Hellas Verona, Inter, and Roma, they all have right-wing ultra groups. Even a working-class side like AC Milan, under the ownership of Silvio Berlusconi, have been associated as right centrists.

The poster-boy of right-wing ultras in Italy is Lazio. The club has made headlines across Europe for their views and practises. In the past, women were banned from sitting in the first ten rows of the Stadio Olimpico’s Curva Nord. The Lazio ultras have displayed Anne Frank in a Roma top, insinuating that Roma is supported by a broad Jewish demographic.

Club icon, Paolo Di Canio, was an ultra himself before his playing career grew to what we know it today, and shot himself up to political prominence by his fascist salutes to both Roma and Livorno fans. The former West Ham playmaker also has fascist tattoos covering his body.

Lazio’s label of being a right-wing club goes a bit deeper than a few groups of ultras, as they were reportedly the club of Benito Mussolini. He was often spotted watching Lazio, even though his idea to merge both Roman clubs together was refused (causing the birth of AS Roma). In the 1970s the Lazio team were said to carry and use firearms and outed themselves as fascists.

Similar to far-right political groups, far-right fanbases use extreme, controversial and hateful tactics as a way to protest, as they see almost any publicity is good publicity, as long as they’re heard.

While their opposites on the left see themselves as a vehicle to combat things wrong with the modern world; hate crime, capitalism and corruption, for example, clubs like Dulwich pride themselves on producing a welcoming and loving environment, similar to St. Pauli. Livorno and Everton pride themselves on a sense of community. Two working-class clubs with a largely working-class fanbase, and a sense of community that portrays a socialist view of looking out for your fellow man.

Football, like politics, can split a room. While it might be easy to dismiss politics in football for the sake of not have debates, you can’t ignore the truth. Football, even now, is still a political game, from governing bodies to fanbases.