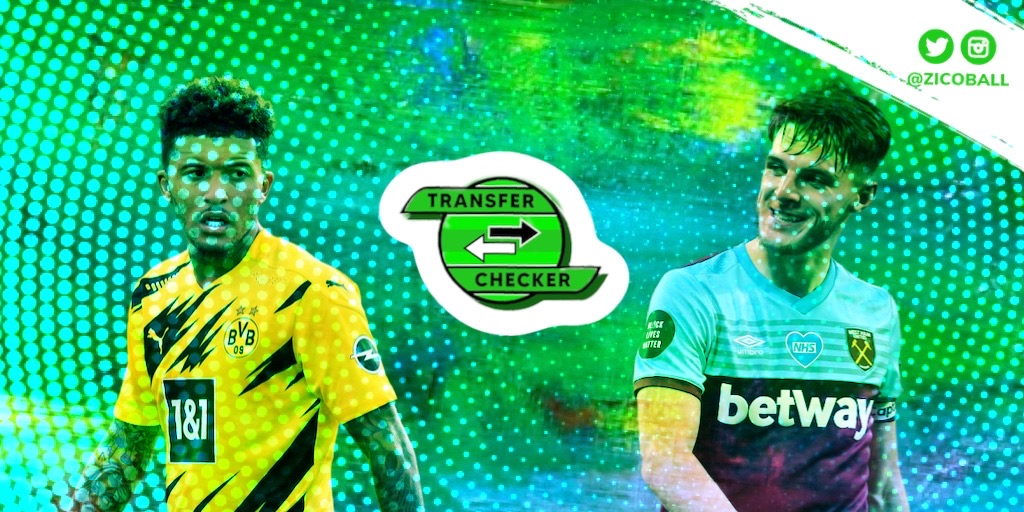 Talks are progressing slowly for Houssem Aouar, but the feeling at Arsenal is that this deal is definitely doable before the deadline. The plan regarding Thomas Partey has never changed; sell players and then activate his release clause if significant funds have been raised. They are working on that currently, with Sead Kolasinac set to leave the club for Germany, and talks ongoing over the sales of Lucas Torreira, Matteo Guendouzi, Sokratis and more. Torreira is edging closer to a move to Atletico Madrid with an option to buy, and we could see significant developments on that one soon.

I’ve been hugely impressed with Aston Villa’s business so far this summer, and I have them down as one of the big winners of the transfer window. They could cement their place at the top of my list of winners by securing a loan-to-buy deal for Watford’s Ismaila Sarr. They are hopeful of adding the pacy frontman to their ranks, but he is understandably keen to see how the interest from Man Utd and Liverpool pans out first. Villa have some backup options, but Sarr is the clear first choice.

Borussia Dortmund midfielder Reda Khadra joined Brighton earlier today, and 21-year-old Lausanne centre-forward Andi Zeqiri has been close to joining for the best part of a week. I’m led to believe Zeqiri could also be announced today after passing a medical earlier in the week. Bayern Munich retains an interest in Tariq Lamptey, but Brighton have no intention of selling their breakout star for any less than £25million. Bayern probably won’t go anywhere near a deal at those kinds of numbers.

Burnley have been in talks with Liverpool over a permanent deal for Harry Wilson. Discussions have progressed over the past few days, and both sides are keen to get a deal done. No fee agreed as yet, but Burnley are hopeful they can get their man. James Tarkowski looked to be on the way out, with Leicester leading the charge, but their imminent signing of Wesley Fofana looks to have put a stop to any further defensive deals.

After signing just about every player in the world throughout this transfer window, Chelsea were heavily expected to launch an assault on West Ham for Declan Rice. As things stand, there has been no bid, despite plenty of informal talks taking place. I am expecting them to make a formal bid before the end of the window. Chelsea are still actively trying to move on the deadwood/squad players to balance the books too, with Marcos Alonso, Emerson, Ruben Loftus-Cheek, Antonio Rudiger, Jorginho and more all available if the right offer arrives.

Wilfried Zaha’s recent upturn in form has made Roy Hodgson’s side rethink their decision earlier in the transfer window to move him on. It’s still possible that he leaves, but it would take an offer significantly higher than the £25-30million asking price that was reportedly slapped on him a couple of months ago. Arsenal and Everton were both keen on Zaha, but have turned their focus to other targets. Borussia Dortmund are thought to be long term admirers of his, should they move Jadon Sancho on. Said Benrahma is still on Palace’s shopping list, but nothing is close as things stand.

Norwich City’s Ben Godfrey is Everton’s number one target between now and the end of the window. Carlo Ancelotti was asked about a move for the centre-back on television last night, and his wry smile said it all. If they can agree on a suitable fee with Norwich, who have notoriously stuck to their asking prices throughout this window, this deal will get done.

Centre-backs. Literally any centre-backs. If you’re reading this and can play centre-back, try your luck and get in touch with Fulham, cause you could probably get a game this weekend. They have a shortlist as long as my arm, but the leading candidates at the moment are Gleison Bremer, Juan Foyth and Calum Chambers.

I tweeted about Leeds’ pursuit of Todd Cantwell just last night, so there really hasn’t been any developments to add to it yet. Marcelo Bielsa’s side are hoping to land the Norwich midfielder, and talks are ongoing over a fee. There’s a long way to go in negotiations, but Leeds are confident that a deal can be agreed.

Wesley Fofana is set to sign for the club in the coming days in a deal worth €40million. The deal is completely done, and it’s only a matter of time before it’s announced. He completed his medical yesterday, and I assume the only delay now is putting some media stuff together for his announcement. Leicester pursued deals for both Dwight McNeil and David Brooks throughout the window, but both of them look completely dead right now.

Liverpool’s business is largely done at this stage, but we could still see some movement – mostly with outgoings. As mentioned previously, they retain some interest in signing Ismaila Sarr from Watford, and Harry Wilson could be on the way out to Burnley. Rhian Brewster is another potential outgoing and Liverpool will insist on a buy-back option in case he ever fulfils his massive potential.

Most of their business is done at this stage, but I read some rumours online suggesting Man City are set to bid £22million for Ajax left-back Nicolas Tagliafico. The problem with this story is the fact that it would actually represent really good value for money, so it can’t possibly be true. ‘Man City’, ‘left-back’ and ‘value for money’ do not go together.

As previously reported on ZICOBALL, Man Utd will make another bid for Jadon Sancho at some point before the end of the window. It is unlikely to match Borussia Dortmund’s exact valuation of the player, but United believe it will be close enough to tempt the German club into selling. Ismaila Sarr and Ousmane Dembele have been widely reported as backup options to Sancho, and that is still the case. Alex Telles is edging closer to a move to Old Trafford, but there is still no agreement between Man Utd and Porto over the fee. Given the fact that Telles’ contract is coming to an end in a year, Woodward is, understandably, trying to get the Brazilian for as cheap as possible. In terms of outgoings, Andreas Pereira is set to join Lazio on loan with an option to buy, and Chris Smalling will join Roma in a deal worth around £15million. Plenty more outgoings are possible, but not currently close, with the likes of Sergio Romero, Marcos Rojo, Diogo Dalot, Jesse Lingard and Daniel James all subject to interest recently.

Like Aston Villa, Newcastle are one of the clubs that I have down as one of the big winners in this transfer window. I think they’ve made some really astute moves with the signings of Callum Wilson, Ryan Fraser, Jeff Hendrick and Jamal Lewis. As for further incomings, I have seen some rumours circulating online this morning that Newcastle could be set to make a move for Juventus’ Daniele Rugani, but I can’t claim to know anything more on that one. Two players I heard linked to Newcastle last week were Watford’s Troy Deeney and Arsenal’s Matteo Guendouzi, but I don’t believe that either of these deals will materialise. Stranger things have happened, though.

Talks ongoing to sign Rhian Brewster from Liverpool, in a move which will see fantasy football managers across the country rejoice at the news of a £4.5million striker getting regular game-time. Chris Wilder’s side are offering a fee just shy of £20million for Brewster, and Liverpool insist on a £40million buy-back clause that would be active throughout the duration of his contract. I believe it’s only a matter of time before we see significant developments in the media and/or an official announcement on this one.

The only information I have on Southampton at the moment is that they are actively seeking a replacement for Pierre-Emile Hojbjerg. Toulouse’s Ibrahim Sangare is widely regarded to be high up on their list of targets, and a loan move for Chelsea’s Ruben Loftus-Cheek can’t be ruled out. Spurs were linked with an audacious last-minute swoop for Danny Ings, but that isn’t going to happen now because…

Spurs are set to sign Benfica’s Carlos Vinicius on a season-long loan, with an option to make the deal permanent for around £38million. Vinicius is seen as a perfect option to take some of the goalscoring strain off Harry Kane, who has led the line singlehandedly for Spurs over the past few years.

I saw West Brom linked with a move for 36-year-old Emmanuel Adebayor this morning, and they signed 36-year-old Branislav Ivanovic just a few days ago. What could possibly go wrong?

The best business West Ham could do between now and the end of the window is keep hold of Declan Rice when Chelsea inevitably come knocking. A friend of mine who is close to the club suggests they are absolutely adamant that Rice is not for sale, and they will do their utmost to keep him.

It has been notoriously difficult to get hold of any information on Wolves’ transfer business throughout this window. They have kept tightly lipped on both incomings and outgoings until the final stages of deals and, whilst that is slightly annoying for me, it’s also exactly the way a football club should operate. All I can really say at the moment is; I’m led to believe there’s absolutely no truth in the rumours that Douglas Costa will be targeted to replace Diogo Jota, but I wouldn’t be surprised to see Wolves make one more addition before the window closes.