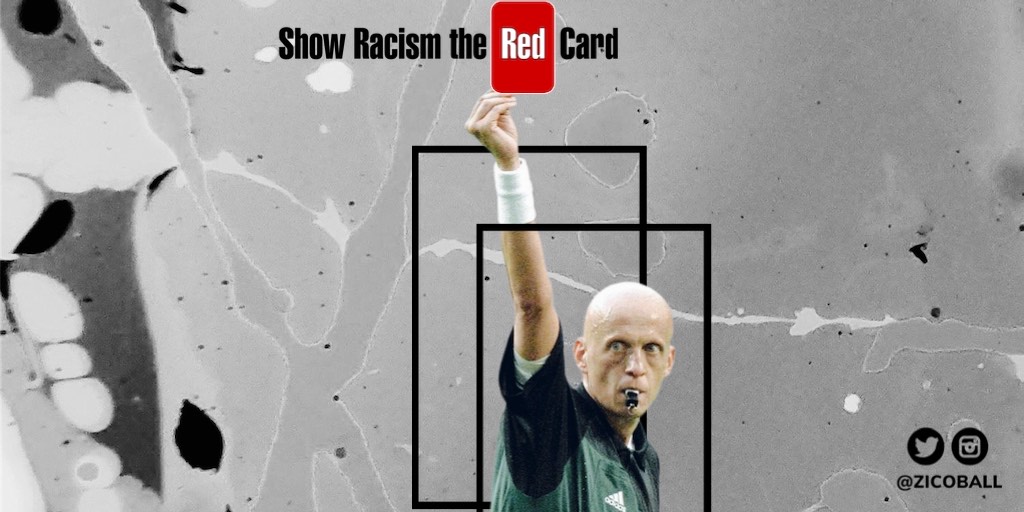 Racism in football has been reoccured on and off the pitch for decades. On Monday 22nd June, many of us sat down to watch Manchester City Vs Burnley at the Etihad Stadium, myself included.

Since football resumed, all football teams have been taking a knee at the beginning of the match, but why? The reason being is to show solidarity, a mark of respect in support of the Black Lives Matter movement.

In Manchester, this mark of respect for the black community was overshadowed by an aeroplane pulling along a message – ‘White Lives Matter Burnley’.

I’m sure many of you are aware of recent events underlining the meaning of Black Lives Matter. In America, many men and women are unlawfully killed by police brutality. The percentage of these deaths is heavily weighted towards civilians who are black. This has been commonplace for decades. It has sparked outraged and protests In America, subsequently snowballing all over the globe.

Back in the UK, in the footballing community, many POC (Person of Colour) footballers can speak about the discrimination they have faced playing abroad, and also in England.

But when will racism and discrimination in football stop?

Burnley Football Club have spoken of their shame and embarrassment concerning the message forced into view over the Etihad. The message undermines the reason why footballers are taking the knee. It was an act which offended the majority across the country. We should give the cruel act as little air-time as possible, but people must be aware of why the words are so damaging.

Burnley released a club statement which focused on the events while their playing staff took to the field;

While those responsible for the stunt are rightfully ashamed of their actions and the offence they have caused, we have to stride to do more as a community, to stop racism on and away from the pitch.

A Footballer’s Fight Against Racism

One footballer knows all too well when it comes to being a victim of racial abuse on the pitch. The England international winger has taken his experience from being a victim, and used it to tackle racism itself. The man in question; Raheem Sterling.

In 2018, Sterling had racially abusive language hurled at him as his team, Manchester City, were beaten away at Stamford Bridge. While the man accused of shouting racial abuse towards Sterling regrets his actions, the heinous act kickstarted Sterling’s activism in eradicating racism in football. Most recently, Sterling appeared on BBC Newsnight, describing racism as a disease, and like the pandemic, there must be a solution to stop it.

Sterling has been taking a stand on racism for a while now. He previously called out the British media on their news coverage of black players, as well as counselling other fellow professionals on walking off the pitch in the event of racism. While Sterling is primarily known for scoring goals for Manchester City and representing England on the international stage, he has proven to be a credit and a role model to the young black community. Sterling has shown them that racism is unacceptable, and you mustn’t tolerate it whatsoever.

Racism has been prevalent for centuries. It’s time for a change. It’s 2020, and people shouldn’t need to feel less worthy due to the colour of their skin. While I’m sure Sterling will continue his efforts on campaigning against racism, what can football clubs and supporters do to make sure it stops? Why hasn’t there been more of a push from football clubs to end racism?

Ian Wright, the former Crystal Palace and Arsenal striker, received vile racially abusive messages via twitter. He has spoken about receiving them as something that effected him, but wanted to use the words to create change. While posting about the messages sent to him, he added to his tweet;

“Let’s show these social media companies how bad this has got, it’s ridiculous!!! So easy for them!! If you or a black friend has had online racist abuse, then please post a tweet with the hashtags #NoConsequences and #BlackLivesMatter.”

Wright’s tweet garnered support from the Twitter community as you would expect, proving that the majority want POC to have equal opportunities, and ultimately, for racism to be dead and buried.

The FA and the Premier League can trailblaze Our fight

In light of this article, we have two professional footballers, one still playing and one long retired from the game. Two men of different ages still fighting, still trying to get justice for theirs and their community’s fundamental human right.

Racism is not something that happens to a small, select group of people; this is happening to millions daily. Although being a professional footballer is a useful platform to allow your voice to be heard to create change, it shouldn’t fall to footballers themselves to spearhead the task of eradicating the problem.

The Premier League’s decision to print BLACK LIVES MATTER on all match-day jerseys was a start, as are all players kneeling before kick-off. What a message this sends to the millions of viewers worldwide. The on-pitch actions highlighting a stand against racism is seen by a generation who idolises the 22 people, of all race and colour, about to run out for their respective teams.

Let’s keep this going and work towards racism leaving our beautiful game. If that is at all possible, football can act as a beacon of change. Change within communities where the sport is so actively prominent in so many households.

The FA have worked alongside anti-racism initiatives in the past; we have all seen it. Initiatives come and go, but racism will sadly always have a place. The current clear and visible stance on racism must stay.

The abuse England players suffer abroad must be met with unprecedented action, and should be made and example out of. Leave the pitch and let the world discuss. Show people how seriously racism should be taken.

We, the match-going supporters, can play our part too. Racist comments, chants, or gestures refusing to be accepted on the terraces can change the thought process of a small portion of fans.

While we can hope that change is coming, let us remind ourselves of the real meaning of football. It revolves around coming together to watch and play a beautiful sport. Supporting your team, and the players, despite their creed, religion or colour.

Let us unite to show that Black Lives Matter, on and off the pitch.

If you would like to support the Black Lives Matter movement and would be willing to donate to help end racism in football; please give to ‘Show Racism the Red Card’. This is an anti-racism educational charity that uses workshops and training sessions, among other resources, to educate and combat racism.

The organisation uses high-profile football players to publicise its message, but your role in the fight is as important. Please follow the link below.