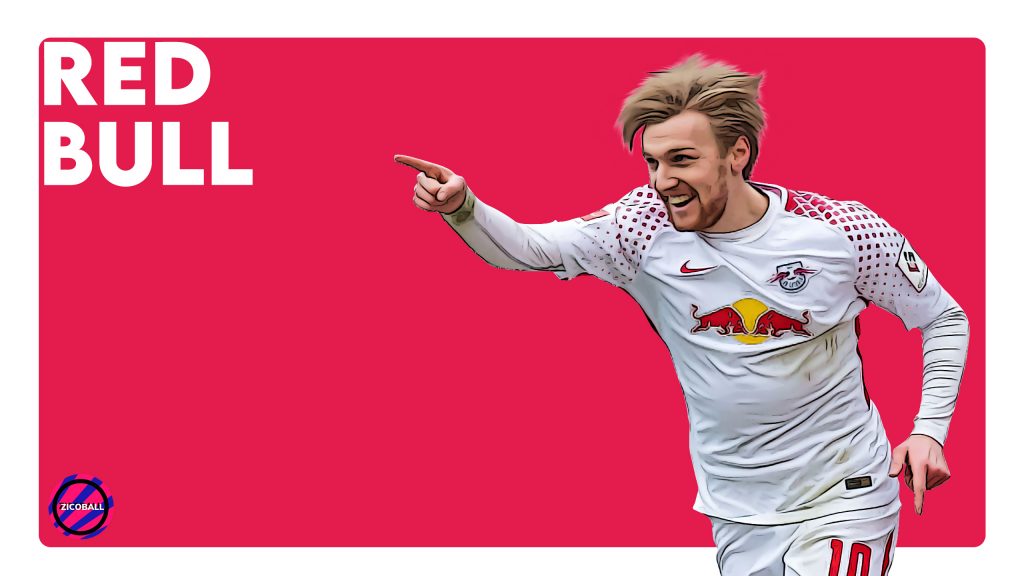 Red Bull, an Austrian energy drink created back in 1987, has cornered the market on energy drinks since the late eighties. The founders now have a net worth of $5.3 billion, each.

The Austrian juggernaut is well known for slick marketing techniques. Red Bull once gave away thousands of free cans to students with the campaign going viral and synonymising the brand with a younger, urban audience.

Alongside sporting events, Red Bull now host contests including the soapbox racing and the Flugtag, which is similar to the Birdman rally. Red Bull also have a considerable influence in Motorsports, most notably with its own Formula 1 team.

Once only a confectionary drink, it is now a global brand with a significant mark on sports – from Double Dutch, Volleyball, Cricket, NASCAR, to having their own charity marathon.

Red Bull aren’t just a sponsor of events. They are also owners. Along with the purchase of the F1 team, they own Ice Hockey franchises, an E-Sports team, and several football clubs.

Before we look at the impressive collection of clubs Red Bull own, let’s look at the branding itself. The majority of clubs under the Red Bull umbrella are rebranded, which acts as one reason why traditional supporters disapprove of their activity in football.

The first step is to change the club’s name, management, and cut ties with the past. When Red Bull took over at Salzburg, the owners even announced the club had no previous history and was founded in 2005. This later changed thanks to the Austrian football authority.

Following a successful takeover, the club will typically have their name changed to include the words ‘Red Bull’ – often modified to RB for short. RB Leipzig is the only team that doesn’t have Red Bull in their name due to the German Football Association not allowing corporate names in the football club’s title. Red Bull decided to call the team RasenBallsport; the translation being ‘LawnBall sports’. This way, the club can keep the initials of RB, while the corporation is still recognisable.

Along with names including the RB branding, the sides play in kits resembling the Red Bull colours, donning the signature white and red combination.

With the kits and team names, every club under the Red Bull franchise works as an active advert for the company.

Red Bull then changed the badge and kit to match the companies brand.

The traditional supporters tried to fight these radical changes and formed a movement. Many football fans across Europe stood with the supporters to fight against commercialisation in football. Talks between the supporters and the club broke down, causing the fanbase to split. On one side, you had the Red Whites who supported RB Salzburg, and on the other, stood the Violet Whites who supported keeping their clubs tradition.

In the end, the Violet Whites went onto form Austria Salzburg.

Since RB took over, RB Salzburg have won the League on 11 occasions, and the Austrian cup seven times. Salzburg have prided themselves on their efficiency, and from 2013-2020 the club has received £300 million in transfer fees.

RB use FC Liefering as a farming club. They take promising young players, develop them, and then allow them to join Salzburg when ready. A recent example? Hannes Wolf. Liefering are not eligible for promotion and has the sole purpose of finding and developing talent for the RB machine.

The African club, founded in 2008, was a short-lived project by the Austrian brand.

The team went on to reach the second-highest league in Ghana in 2009. Unfortunately, after not seeing the kind of success witnessed in Europe, RB Ghana was relegated in 2013. The following year Red Bull abolished the club and haven’t been seen in African football since.

Formerly known as Metro Stars, Red Bull bought the New York club in 2006. Under typical Red Bull fashion, the club changed its logo, kit colours, and their name. Red Bull originally wanted to establish their own club, but realised buying Metro Stars’ territorial rights would be too expensive.

Over the years, New York has had some great players in their ranks including Thierry Henry, Rafael Marquez, Tim Cahill, Bradley Wright-Phillips and Tyler Adams.

New York Red Bulls have won the MLS Supporters shield three times, and in the 2018 season, New York set the record for the most wins and points in a season.

In 2007, Red Bull flexed its muscles in South America and created RB Brasil to extend their scouting range. RB Brasil play in the second tier of the Sao Paulo state football league.

In March 2019, Brazilian club Bragantino announced a partnership with Red Bull. RB Brasil is still active, but like RB Salzburg and FC Liefering, it is now a feeder club for Bragantino.

Bragantino, a 92-year-old football club, have won the Campeonato Brasileiro Série A, Serie B and Serie C. The club went into administration, and that’s when Reb Bull waltzed in to save the day. Although it started with Red Bull just being the main sponsor, eventually Red Bull changed the name and kits.

One of the more well known Red Bull outfits, RB Leipzig was founded in 2009 after purchasing the playing rights to fifth-tier SSV Markranstadt.

With its new owners, RB Leipzig had a clear vision to be playing in the German first division within eight years. They also set the goal of winning the Bundesliga, which, at the time, seemed a little farfetched. However, Leipzig rose to the Bundesliga and in their first season qualified for the Champions League.

The club formerly known as SSV Markranstadt finished runners up in the Bundesliga in 2016/17 while also falling just short in the DFB Pokal in 2018/2019.

The RB clubs have more than just their owners in common. Each club has a history of hiring young, promising managers who play a particular style. This style of football is a high pressing, exciting, quick transition style. Even the formations are similar with a preference of a 4-4-2 or 4-2-2-2.

There are many comparisons between Rangnick, Nagelsmann, Hasenhüttl, and Jesse Marsch. All of these managers prefer the formations mentioned. Out of possession, a preference to Gegenpress will be evident. Both Rose and Marsch have previously discussed the importance of pressing the player who will receive the ball. They believe that cutting the passing lanes is the best way to press.

In the 4-4-2/4-2-2-2 system, the wingers are inverted and cut inside allow the fullbacks to overlap. This causes an overload, and balls crossed into dangerous areas.

Despite the negativity surrounding the Red Bull clubs, the brand makes decisions which traditional fans would like. RB steer clear from signing big money, quick fix transfers. They reject skyrocketing ticket prices and invest time and money into the clubs’ developmental structure.

At Leipzig, Ralf Rangnick is known as the professor and has been instrumental as sporting director. While RB Leipzig has a bigger transfer budget than most, they tend to buy smart. An example of this is Timo Werner, who was purchased for £13 million from Stuggart and later sold to Chelsea for £45 million.

RB aim to be a sustainable club throughout football, whether it be Leipzig, Salzburg, or New York.

In footballing terms, the dedication to developing youth, along with the avoidance to spend big creates a sustainable club is a huge positive for the game.

While Red Bull isn’t the most popular concept in football, their business model is innovative, and there are clear positives to how they work from a business perspective. The brand exposure across two different continents speaks for itself, and perhaps two will grow to three sooner rather than later.