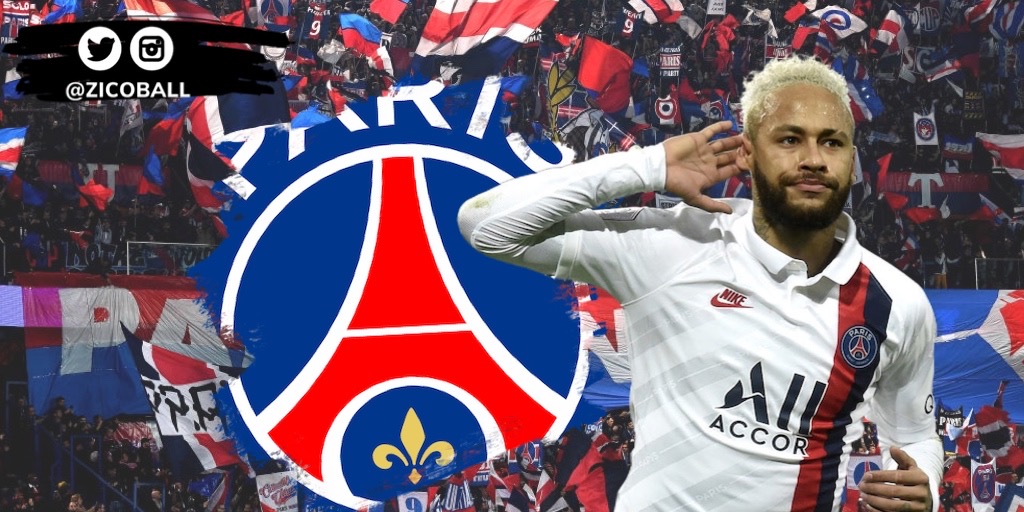 It was all calm in Barcelona. They were readying themselves for another tilt at the treble, primed with Lionel Messi, Luis Suarez, and Neymar. All was calm.

It was August 2017 when French titans Paris Saint-Germain, shocked football fans around the world. Their Qatari owners reached deep into their pockets and paid the staggering €222m release clause for Brazillian Superstar Neymar da Silva Santos Junior. That translates to near enough £200m.

Just one summer before, Manchester United had stunned the footballing world, paying £89 million for Juventus’ Paul Pogba. But this was a whole different level. PSG had more than doubled the world record fee on a single player, and the idea was that Neymar was the final piece of the jigsaw, alongside teenage sensation Kylian Mbappé.

People view Mbappe’s time with the Parisiens as a success, but they don’t with Neymar, why so? Is it because Mbappe is the star Frenchman of the national team? Because Mbappe speaks French? Because Mbappe has largely evaded injury?

It doesn’t make sense. Neymar and Mbappe have both won the same accolades, except Mbappe has had more game time due to the fact Neymar broke his foot twice.

Neymar, when healthy, has most certainly been the best player in Ligue 1.

But this article isn’t going to delve into who is the best PSG player. The some today, as the Champions League final approaches, is to ask whether or not Neymar made the correct decision in leaving Catalonia. The decision to leave Barcelona for Paris Saint-Germain. It was a decision called into question by the masses.

‘Why would you leave the best player on the planet, where trophies are near enough guaranteed every year, to go and play in France?’ The decision seemed to make little sense at the time.

First off, let’s remind ourselves as to why the move happened. Why did Neymar want the move?

Neymar sought the switch away from the Camp Nou for a variety of reasons. First of all, him wanting to be viewed as the best player in the world, which he felt would prove impossible while in the shadow of Lionel Messi at Barcelona. Let’s be honest; it probably was. Neymar would forever have been Messi’s number two. Even when he would eventually claw to overtake Messi, which would inevitably happen with age, the view of Barcelona as ‘Messi’s team’ would be a widely shared one, even when the Argentine was no longer the best player.

It is easy to understand Neymar wanting to leave from this viewpoint, as his own legacy would never have been built, especially amongst the media. After all, we still see the press crediting his success to Messi, even at PSG!

Another reason for Neymar vacating was the supporters. It seemed as if the fans would never fully embrace Neymar. This is likely due to the fact that there is a faction of Barcelona fans who are primarily Lionel Messi fans first and foremost. Even on the night where Neymar stormed PSG with his two goals and assist in the final minutes of the Champions League tie, Messi lovers still credited Messi ahead of Neymar for the their progression.

So why did PSG want the move, was it because they wanted to win the league? No. They had been winning the League comfortably since the 2012/13 season, winning four of the last five Ligue 1 championships.

Was it to win domestic doubles and trebles? No. They had won their first League, and Cup double in the 2013/14 season and won their first domestic treble in the 2014/15 season. They repeated the feat in the 2015/16 season, and even in the only season, they failed to win the league (2016/17) they still won both domestic cups. That meant PSG had now won 11 out of the last 15 trophies available domestically; that’s 73%. Those in Paris won nearly 3 out of every 4 trophies. Utter dominance in France.

PSG had achieved everything they could ever want in France. And yet something is missing in the honours list for the Parisiens. The big ears. The Champions League. The pinnacle of club football. Let’s delve into the five seasons preceding Neymar.

In the 2012/13 season, PSG were cruelly knocked out by the away goals rule to Barcelona, with Pedro scoring the deciding goal to send the French outfit crashing out of the competition. Funnily enough, it was the same in 2014, with Demba Ba bagging a goal in the 87th minute to again cruelly knock PSG out on the away goals rule. A Jose Mourinho masterclass in Europe, yet again.

The following season, the away goals rule wasn’t needed as Barcelona was in a ruthless, rampant mood, routing the Parisiens 5-1 across two legs, with Neymar and Suarez putting them to the sword. The following season didn’t either, with a Kevin De Bruyne strike knocking them out at the quarter-final stage for the fourth season in a row.

The next campaign was undoubtedly the worst. After a 4-0 dismantling of Barcelona in the first leg, PSG proceeded to quite possibly the biggest capitulation in Champions League history; 6-1. Three goals conceded in only seven minutes. A Neymar free-kick, a Neymar penalty, and a Neymar assist to Sergio Roberto who slid the ball home, completing one of the greatest comebacks in Champions League history. It was historic, it was mesmerising, and it was a damning sign for change.

PSG wanted nothing more than to challenge and win the Champions League. They knew just the man to help.

On August 3rd, PSG announced the signing of the new world record transfer, Neymar. He was unveiled to mass fanfare, and expectations were sky-high. A Champions League triumph was expected. It was that or bust.

Neymar instantly made the team better. Out of the 30 games Neymar played in his debut season, they won 63% of fixtures by over three goals. Routs left, right and centre, losing just three games all season before breaking his foot—a winning percentage of 87% for PSG, a whole 13% above the previous season. Neymar’s arrival brought a marked improvement.

In the Champions League, it was the same, with PSG winning their first four games without conceding a goal, and winning their first five by an aggregate score of 24-1. That’s a per-game average of 4.2-0.2. An average of winning by four goals a game is insanity at the top level. Add to the fact it included a 3-0 demolition job of Bayern Munich, which easily could have been 4, 5 or 6, showed that this PSG team, maybe, finally, was for real.

Alas, the promise was not to last, as a broken foot inhibited him in the Champions League. However, the team did enjoy massive success with the Brazilian superstar on the field, winning a domestic treble, mostly thanks to Neymar’s efforts.

Despite Neymar’s injury in his first season, he performed at an otherworldly level. We will go onto the eye test and his roles in later articles (wait and see), but just on an output level, his production increased.

It was insane what he was doing output-wise. Even the great Lionel Messi couldn’t keep up, with him producing at a rate of 1.16 goal contributions per game, and at just 0.8 in the Champions League. Neymar had found his feet as the main man, and he was enjoying himself.

The following season, while not quite the same gaudy level of production in the win column, it was still impressive when Neymar was available. Just the 9 out of 26 games being decided by 3 goals or more, a mere 35% of games. A 70% win percentage with Neymar in the side also came down from the lofty heights of 87% of the previous year. There were also struggles in the Champions League, with it requiring a Herculean effort from the Brazilian to get PSG through against Liverpool to prevent crashing out in the group stages.

Sadly, it all came crashing down with another foot injury, causing another crash out at the last 16 stage of the Champions League for PSG, just as it did last season. Yet again, on the away goals rule. A cursed club if you will ever find one.

The second season’s production was fantastic as well, though worse than the first, due to the foot injury you would suspect. Statistically, he produced at a similar level, but slightly below; 1.29 goal contributions per game was the ratio, with 1.17 in the Champions League. Not the lofty numbers of 2017/18, but still massively impressive nonetheless, especially considering he wasn’t quite ‘Neymar’ until November time. Of course, between November and his injury, he produced 13 goals in 9 games (1.44 per game), showing that when he was right, he was the best in the world. Alas, the injury robbed him of another chance at Champions League glory.

Neymar’s third season in Paris began in turmoil, but now he’s playing it could be a special one. Just 10 games from 26 were by 3 or more goals, producing a percentage of 38%. PSG won 22 of 26 games, giving Neymar a winning rate of 84%, just one game away from surpassing his starting season’s impact.

Add to the fact another domestic treble was achieved, Neymar scoring the winner in the Coupe de France final, of course, meant it was another successful season for the Parisiens.

But, here is where the Brazilian and their season is judged, in the Champions League. And this year, they are in the final. A 2-0 win over Borussia Dortmund to overturn a first-leg deficit, thanks to a Neymar goal along the way. A man of the match display against Atalanta to take them in last gasp manner to the semi-finals, and another masterclass, although outshone by Angel Di Maria, helped see Paris into the final for the first time.

This evening’s matchup will be where the Brazilian will be judged, rightly or wrongly.

Production-wise, with him dropping deeper, he has dropped to just (I know, just) 1.2 goal contributions per game. Again, he took until later in the season to kick into gear due to injuries, but when he did, it was impressive. This time, it was December, and between then and the break in play, he produced at a rate of 1.53 goals contributed per game. This was across 15 games when fully healthy. Best in the world?

Even since the restart, he has had 3 goal contributions in the 4 biggest games of the season. He’s a big game player too. What more do you want?

When fully fit, in the last three seasons, he produced output at rates of 1.47, 1.44, and 1.53. Are you still going to question the genius of this man? Are you still going to tell me his move to PSG has been a failure when he has reached such levels statistically, on the eye, and in terms of winning trophies?

Neymar has done what Neymar set out to do; prove himself as the main man. He has done it. In the process, he has become the best player on the planet, making his decision to leave Barcelona a correct one.