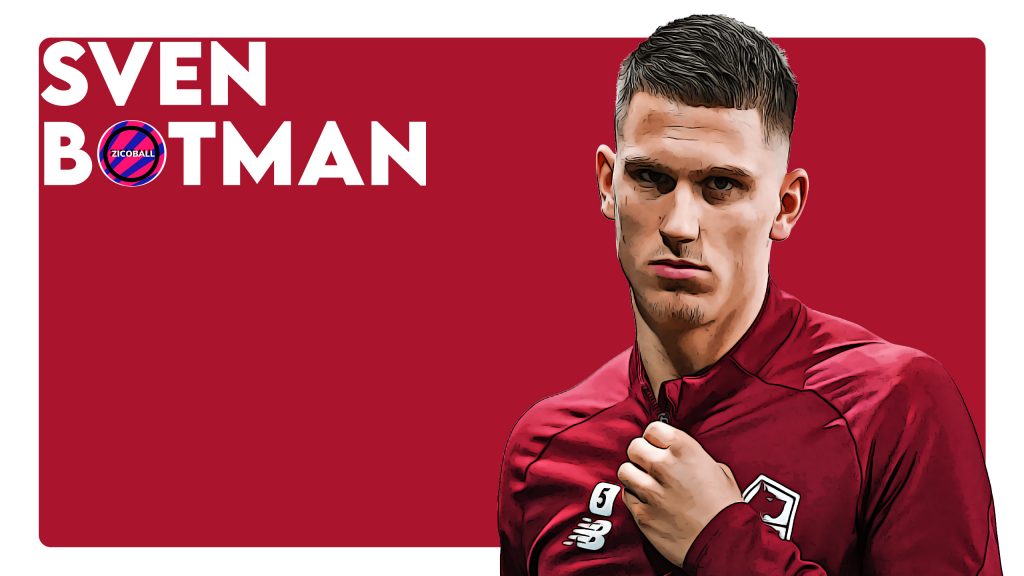 Over the years, AFC Ajax has become synonymous with the production of young, technically gifted players. As recently as the summer transfer window, another of their academy graduates made a big-money move – Donny van de Beek to Manchester United. The club has produced a whole host of names, the likes of Johan Cruyff, Dennis Bergkamp, Marco van Basten, Edwin Van Der Sar, Clarence Seedorf, and Patrick Kluivert to name a few. But one, who has recently just left the Dutch club to LOSC Lille in the summer, is defender Sven Botman.

The 21-year-old hasn’t had much top-flight football in his short career but has already managed to make a name for himself as one of the brightest upcoming defenders. So much so that Liverpool were reportedly keeping an eye on Botman due to Virgil van Dijk‘s injury and the injury proneness of Joe Gomez and Joel Matip. James Pearce has moved to quash such rumours, but it is these links that highlight the talent of the Dutchman.

A move to the Premier League may not arise for the young centre back in January, but rest assured many a club will now be keeping tabs on him as his career goes from strength to strength.

The Early Career of Sven Botman

Born in Badhoevedorp, a town just outside of the capital Amsterdam, in 2000, Botman joined the famed Ajax academy in 2009. After nine years in the Ajax academy, he debuted for the first team in June 2018 in a friendly against fourth-tier outfit Voetbal Vereniging Sint Bavo (VVSB). But it would be Jong Ajax where the Dutchman would start the 2018/19 season, making his Eerste Divisie in August 2018 starting against Roda JC Kerkrade.

During his first full season, he played 28 times, scoring twice and getting one assist. His performances led Ajax to loan him out to fellow top-flight side SC Heerenveen, where he played 30 times across all competitions – helping the club to finish 10th in the 2019/20 Eredivisie season, adding two goals and four assists to his impressive tally for a defender. And during the 2020 summer transfer window, Lille paid £8m for his services to take him to Ligue 1 where he has continued with his impressive performances.

Since he arrived in Lille, Sven Botman has taken to French football like a duck to water making 19 appearances in Ligue 1 and six in the UEFA Europa League. The Dutchman’s performances for Les Dogues helped the side reach the summit of the league for Christmas. They sit 3rd on 39 points, behind Paris Saint Germain in 2nd and current league leaders Olympique Lyonnais, but only on goal difference and by a point, respectively.

Botman’s form has been impressive and has helped Lille record the league’s second-best defensive record so far. Although he has only added one assist to his remarkable goal and assists tally for a central defender, his stats are quite brilliant for a player with minimal top-flight experience.

No centre-back in the league has completed more carries than the 21-year-old, with 47.5 per 90. Add to that 1.1 tackles per 90, 1.8 interceptions per 90, 2.6 clearances per 90 and 0.5 blocks per 90 shows a very competent defender especially given his age. Out of an average 4.7 aerial duels a match, Botman is successful in 3.3 of them – which although a less competitive league, he is winning more aerial duels than Virgil van Dijk records in a match. This may not be translatable to the Premier League; however, the success rate shouldn’t be overlooked.

In terms of his distribution ability, the Lille man has a pass success rate of 85.5% of 66.8 average passes a game. If we break this down further, it is clear that Botman is a more comfortable short passer than he is long, likely due to being a product of Ajax’s youth setup.

Out of the 66.8 average passes per game, 53.2 are accurate short passes with 5.3 short passes being inaccurate. Botman averages 4 accurate long balls per game, with nearly half proving not reaching the intended target.

He doesn’t have the passing range that someone like Virgil van Dijk offers, but he has shown an ability to be successful, and this could be very exciting for any potential move that may occur. While passing for a defender has become vital in recent years, there is still the need for a defender to defend, and this is something that Botman has proved in top-flight experiences.

This is an interesting one as, although Sven Botman has shown his apparent and potential ability, a move in the January transfer window would represent a rapid transition to playing for a major club, where there would be more pressure on him to deliver and improve.

A move in the summer may be more likely, with the likes of Liverpool, Tottenham Hotspur, and Manchester United rumoured to have shown interest in the Dutchman – giving him more time to develop. If a move were to happen in January, it is clear to see why Liverpool links arose. An Anfield switch seems a fitting option if decided that they cannot rely on their other centre backs’ availability. A transfer to the Premier League would be considered a risk, given Botman’s lack of experience at a high level, and we expect it won’t happen.

In terms of Botman and the Liverpool system and style of play, it feels like a perfect fit considering his impressive passing numbers for Lille and room for improvement, especially in long passing that Jurgen Klopp’s centre-backs excel in. While still young, he hasn’t suffered any injuries of note, fitting the profile of a more reliable defensive option in that regard.

Another point, which could be the deciding factor if he is to move in this window, is that he could be available for much less than his actual value. The collapse of French football’s TV deal, which stripped all French league clubs of a valuable revenue stream, suggests Ligue 1 clubs may sell their prized assets for cheap. Given the potential of further revenue cuts due to COVID-19, an influx of cash before the summer may suit many.

The potential of Botman is quite clearly there, and he represents an exhilarating prospect in the centre-back position. There are areas of improvement for the young Dutchman, but his stats show that he can mix it with the best.

It is highly likely that Sven Botman will find himself at a major club sooner rather than later and again, highlights Lille as one of the best nurturers of young talent in Europe.