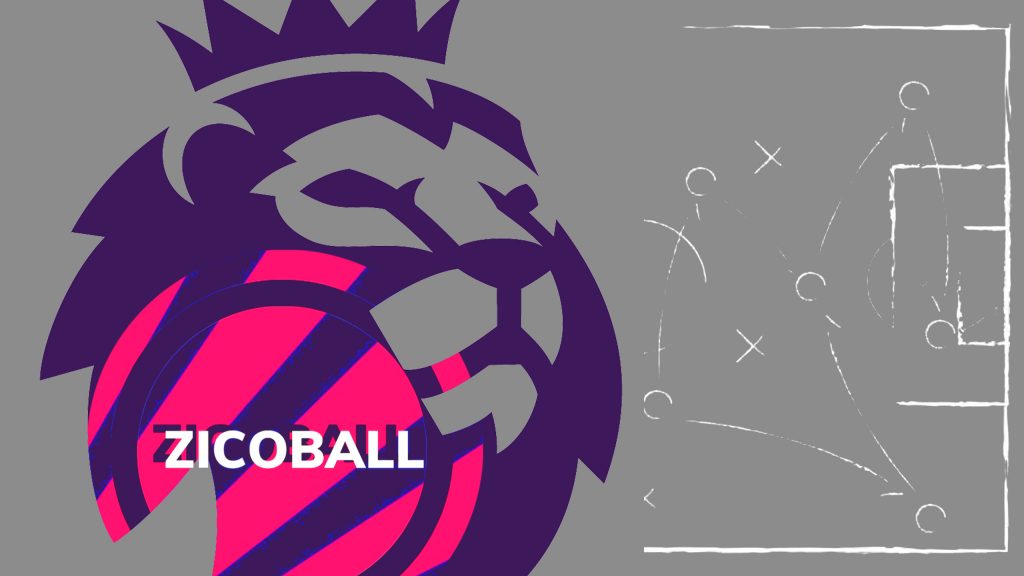 Tactics in the Premier League and the coaches who oversee them have undergone many trends and tactical changes since 1992. Teams often change their shape, players create entirely new roles for themselves, and formations have evolved and adapted into more fluid setups.

It is worth noting what prompted one of the most significant tactical changes during the early Premier League years; the back-pass rule. The new rule meant defenders could no longer pass the ball back to their goalkeeper for them to pick up the ball, and in turn, ensure teams couldn’t utilise a back-pass to time-waste.

Along with trying to eradicate time-wasting in football, there was now a real incentive for teams to press from the front. The speed of the game changed; teams now had to think fast while the opposition pressed high. Keepers now had to be good with their feet and remain calm under pressure. We can still see the effects of this today, more and more sweeper-keepers are coming through the ranks at clubs, although many are still being caught out by pressing forwards.

Starting way back in 1992 we have Manchester United and Sir Alex Ferguson. Sir Alex adapted a 4-4-2 formation using wing play.

At the back was a solid back four dedicated to defending and setting up in a rigid formation. In front of the rigid back four, United set up with two box-to-box midfielders – players like Roy Keane held the position who were not just great at defending, but could also push forward to help out the attack.

Either side of the two central midfielders were two fast wingers – Andrei Kanchelskis, to name one, played this role. The wingers’ job was to simply receive the ball and run to the byline before crossing the ball into the box.

How United set up at the time is still up for debate, many believe it was a simple two up top. Eric Cantona added fluidity and slight, but necessary change to the shape Ferguson’s men presented.

Cantona was a number 10 at a time when English football wasn’t used to seeing such a role. The Frenchman would drop off into a deeper position between the lines; havoc for defenders in the rigid defensive system which littered the league.

The Cantona role meant the formation was more of a 4-2-3-1 with fast wingers, two tough box-to-box midfielders, a forward who drops in-between the lines, and a striker who could head the ball into the net.

Eric Cantona propelled a movement in English football with more teams searching for their version. There was just one issue, and this came in the form of a severe lack of English players suited to the role. Back in the 1990s, there weren’t as many international players as you see today, which meant clubs had to delve into foreign leagues – Zola and Bergkamp were the poster-boys of the Premier League’s search for a creator.

Arsene Wenger’s Arsenal was the next team to influence a tactical shift in the world of English football. Wenger laid his team out in a 4-4-1-1. With the arrival of Dennis Bergkamp, Arsenal followed a similar suit to Manchester United. Their 4-4-2 altered as Bergkamp dropped deeper into the midfield, allowing him to become a pivot in the side. Bergkamp would simply drop into the hole and find a half-space, where once he received the ball, he could link play or spearhead an attack himself.

Along came Wenger, an intellectual man with a degree in Economics and the ability to speak five languages. Alongside his tactics, Wenger was also a believer of the correct nutrition supplementing elite athletes. This came at a time where footballers ate and drunk like a pub team.

It wasn’t wholly the Bergkamp show, as the introduction of both Petit and Viera as two defensive mined players behind him allowed room for creative freedom. We then saw Bergkamp’s compatriot Marc Overmars added to the fold who was quick and could cut inside behind the striker.

From Porto to London

The next chapter of the tactical evolution came with Jose Mourinho in 2004/05, and more specifically, his revolutionary 4-3-3 with Claude Makelele. With an injection of finances in the Premier League, foreign players and tactics made the journey over.

Mourinho dropped Makelele deeper as a defensive midfielder and recruited Didier Drogba to play the lone striker role. Drogba was able to be involved with the build-up play more and was able to create and score goals. The fact that Makelele sat back meant that the two other midfielders could act as box-to-box players pushing forward to score goals.

Mourinho explained his tactic by saying that against the 4-4-2, which was the most common formation at the time, his team would always have a numerical advantage in midfield as it was two vs three. He later added that it gave Makelele the ability to see the pitch ahead of him and if he were to be closed down, he would simply pass the ball to one of the other midfielders allowing them to see the created space.

It would be impossible to serve up an overview of the tactical evolution of the Premier League without mentioning Leicester City. The Foxes were 5000-1 to win the league, and in true underdog fashion, they had the majority of the nation behind them.

Claudio Ranieri set his men out similarly to Diego Simeone’s Atléti. The formation was 4-4-2 with two combative midfielders who sat while the pace of the wingers and strikers allowed the team to break with speed. When defending, the team sat with eight men behind the ball in two flat rows of four.

The central midfielders, N’golo Kante and Danny Drinkwater pushed forward and caught teams on the break, leaving them open for Leicester’s counter-attacking play.

Football Changes for the Better in Manchester

Back in 2011, it was Manchester City’s turn to form their part of a tactical overhaul in the Premier League with the 4-2-3-1; Spaniard David Silva played the ‘Cantona role’ as the number 10, allowing him to pull strings.

City combined Silva’s role with two other attacking midfielders either side who played narrow, the aim being that the holding midfielder in opposing 4-3-3 formations would become overrun.

The creativity didn’t stop there as both central midfielders pushed up behind the three attacking midfielders allowing for a dominating and overwhelming attacking transition.

Years later, Pep Guardiola came and revolutionised football in Manchester after real success at both Barcelona and Bayern Munich. At City, Guardiola sets his team out in a 4-3-3 with a high defensive line, allowing his players to trap the opposition in their own half to force mistakes.

Once they have the ball, the focus is to keep it while applying pressure. City’s high-tempo tactic isn’t without its risks. Last year we saw Fernandinho drop into a half-back role where he was situated just in front of the two centre-backs, so both Kyle Walker and Zinchenko could join the attack. If City lost the ball, they were vulnerable to counter-attacks due to their high line. Fernandinho’s role was to stop counter-attacks by ‘tactically’ stopping the opposition before they could break.

Jurgen Klopp’s champions have enjoyed a successful number of years since the German and his style of football arrived at the club. Klopp’s arrival brought Gegenpressing to the Premier League; a tactic where sides hunt to retain possession immediately after losing it. The idea is that once a team wins control, they will be structurally disorganised, and if the ball is won back immediately, it may provide opportunities to unlock an opposition’s defence.

Liverpool uses a 4-3-3 formation and aims to press and restrict passing options of the opposition. The role of Firmino is to drop deeper to stop the ball from reaching the defensive midfielders, and both Salah and Mane close down the option of the full-backs. Liverpool’s full-backs are used to push further up the field and join the wingers in closing down possession, as Fabinho drops in with the centre-backs to form n a three at the back.

To play this tactic to its full use requires a high defensive line, something which, as explored with Manchester City, can leave a side vulnerable to counter attacks and direct balls. One way which Liverpool try to stop this is by employing the offside-trap which as we saw against Aston Villa, isn’t always the best approach.

The beautiful game in England is ever-changing, and evolving tactics of those in Premier League dugouts spearheads the push. Which team will be next to leave their imprint? Perhaps Chris Wilder’s Sheffield United will encourage rivals in the near future that advancing central defenders should be a staple on Premier League tactics boards.