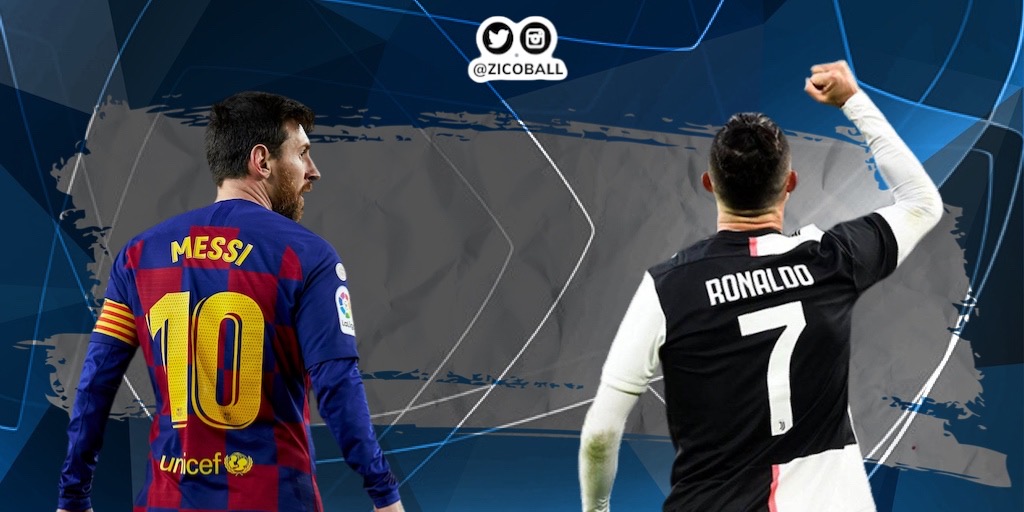 It has been the craziest and most unpredictable year. Aside from the obvious problems caused by COVID-19, the Champions League produced some incredible moments.

Very few expected Lyon to eliminate both Juventus and Manchester City, on route to the semi-final. RB Leipzig and Atalanta exceeded beyond the wildest of expectations. Premier League leaders and defending champions, Liverpool, were eliminated at the round of 16 stage, and who can forget the 8-2 humiliation of Barcelona? Furthermore, the UEFA coach of the year, Hansi Flick, was just an assistant coach at Bayern Munich not too long ago.

However, there are patterns that we can study to predict what may come. So, after watching all of these teams throughout the 2019/20 season campaign and after analysing the respective squads, here are ZICOBALL’s Champions League group stage predictions.

The treble winners should top this group, although Bayern have a thinner squad than last year. Ivan Perisic and Coutinho have left after their loan spells and an injury to Robert Lewandowski, Joshua Kimmich, Serge Gnabry or Manuel Neuer would cause massive trouble. Their starting 11 is scary, especially with the edition of Leroy Sane. However, as we saw in the UEFA Super Cup against Sevilla, Bayern doesn’t have too many real game-changers on the bench.

Atlético Madrid should take second place, but Diego Simeone’s side are an anomaly. Their first two La Liga matches saw them score six goals and then draw 0-0. Atléti eliminated Liverpool and then lost to RB Leipzig, without even putting up a fight. The addition of Luis Suarez makes them even more formidable, but the tried-and-test 4-4-2 setup, along with Simeone’s defence-first tactics, can sometimes hurt Atléti as much as their opponents.

A Salzburg win against Atléti in Austria could well happen, but they are likely to finish third. Lokomotiv Moskva possesses quality players like Fyodor Smolov, Grzegorz Krychowiak, and Portuguese Euro 2016 hero, Eder. Unfortunately for the Russians, we doubt they will witness any European football beyond the group stage of UEFA’s flagship competition.

VERDICT: Bayern and Atléti to progress. Salzburg will have more luck in the Europa League than they will in the Champions League.

Most will think that Real Madrid and Inter Milan have a comfortable ride to the last 16, but don’t underestimate Borussia Mönchengladbach. Marco Rose joined Gladbach at the beginning of 2019/20 season guided them to the Champions League without significant investment. Although it would be a fantastic achievement, Gladbach do have the ability to beat Real Madrid and Inter at home.

Antonio Conte’s Inter have made some significant signings and managed to hold onto Lutaro Martinez. However, they were drawn with a La Liga giant (Barcelona) and a brilliant German team (Dortmund) last season, and Conte’s team ended up third in the group. The head-to-head between Gladbach and Inter should decide which team finishes second behind the La Liga Champions, Real Madrid.

The focus of Zinedine Zidane’s squad centres around a solid defence. Although Karun Benzema is still at his ruthless best, the side’s most influential players, it could be argued, are in the heart of the defence, as well as defensive midfielder, Casemeiro.

VERDICT: Real Madrid to top the group with 11-14 points.

Inter Milan to qualify in second place after a scare, while Mönchengladbach will go to the Europa League and be one of the better teams in that competition.

Shakhtar Donetsk may cause an upset at home, and although now seasoned competitors in the Champions League, they are likely to finish bottom of the group.

For the fifth year in a row under Pep Guardiola, Manchester City are in pole position to top their group. The Citizens are also one of the favourites for the Champions League, according to most bookmakers and pundits. By now, we know Guardiola and City’s drill; spend big money on transfers, beat-up teams in the group stage and shoot themselves in the foot at the knockout stages. Expect something similar from City this season as well.

Marseille, Olympiacos, and Porto were on the wish-list of the big European teams before the draw was announced. Now they all have an opportunity to qualify for the last 16.

Marseille are the favourites to progress. Andreas-Villas Boas is an astute tactician with a touch of madness on occasion. Expect Marseille to win games and get blown away in others. The return of the brilliant Florian Thauvin, a French World Cup winner, will be massive for the Ligue 1 outfit.

VERDICT: City to breeze through in top spot, while Marseille also clinches qualification.

These four teams are likely to produce the most goals in this season’s Champions League group stage. Expect cricket scores from Group D, especially in fixtures featuring Atalanta and Liverpool.

Ajax were everyone’s second-team in 2018/19, but as happens with young and talented teams, the rich European clubs got their paws on their best players. Matijis De Ligt, Frankie De Jong, van De Beek, and Hakim Ziyech might have vacated, but Erik Ten Hag, the guy who makes it all possible, still resides in Amsterdam.

Atalanta mirrors Ajax’s style and bravery. Those in blue and black came within seconds from the semi-finals of the Champions League last season. Judging by their first two Serie A games this term, Gasperini’s side are staying faithful to their attacking philosophies. Atalanta have registered 4-2, and 4-1 away wins against Torino and Lazio respectively. Star forward, Joseph Ilicic, is still to come back into the fold. Atalanta are sticking with their 5-2-1-2 setup with pressing, flying wingbacks, and a bold attacking approach. Their tactics may leave them far too open at the back, but the likes of Papu Gomez, Duvan Zapata, and Luis Muriel are a frightening prospect to face at the other end of the pitch.

Ajax, Atalanta and Liverpool are three of the most attack-minded teams in the world. Midtjylland, the Champions of Denmark, are known for their attacking football and set-piece expertise too. Midtjylland have proven to be a difficult team, but they are likely to remain winless and get blown away at times with the attacking prowess on display.

VERDICT: Liverpool to top the group with Atalanta also blessing our television screens further in the knockout stage.

Ajax will go to the Europa League be one of the better teams in the competition. Expect lots of goals from group D.

Since the draw, it has been joked about on social media how Sevilla will not be getting another chance to win their beloved Europa league. Frank Lampard’s new look Chelsea and Sevilla will be thanking their lucky stars as they should possess the quality to turn over the two remaining sides.

Rennes and Krasnodar have the potential to cause an upset. In fact, Krasnodar eliminated Sevilla from the Europa League in the 2017/18 season. Rennes defeated Paris Saint-Germain to win the Coupe de France in 2019, and in Eduardo Camavinga, they have one of the most talented teenagers in football.

VERDICT: Chelsea and Sevilla should make light work of Group E, but expect a surprising home win in France or Russia.

Rennes’ European fight will continue in the Europa League.

After again losing to Bayern Munich in the German Super Cup, Dortmund could not have dreamt of a better draw. Lucian Favre is under immense pressure to deliver some silverware this season, and he simply cannot afford an elimination in the group stage. This Dortmund side is young and has enormous attacking talent. The ability of Erling Braut Håland, Jadon Sancho, Julian Brandt, and company, should be enough to top the group.

Lazio are back in the Champions League after years of absence. Simone Inzaghi’s side play in the 5-3-2 setup and had the second-best defence in the Serie A last season. Lazio’s star forward and monster in front of goal, Ciro Immobile, won the European golden boot and is the heart and soul of the Italians. Lazio have one of the best midfield duos in the Champions League in Luis Alberto and Serge Milinkovic-Savic.

Lazio can break quickly, are lethal against crosses, and they have a solid defence. The same team were eliminated from the Europa League group stage last season, even though they were second in the Serie A at that point. Lazio saw their European commitments as second fiddle to their domestic campaign, and this shouldn’t be taken so matter of fact.

Zenit, the Russian champions, are likely to be fighting to stay off the bottom of the group. Club Brugge, as shown last season in their 2-2 tie against Real Madrid at the Santiago Bernabéu, have the potential to compete.

VERDICT: Dortmund to top the group, Lazio qualifying in second with Immobile playing a crucial role for them.

The biggest attraction from the Champions League draw was the prospect of two meetings between Lionel Messi’s Barcelona and Ronaldo’s Juventus.

The two era-defining players will meet each other for the first time in the group stage. Both men are moving towards the end of their legendary careers, but as we saw last season, these two are still amongst the very best in the game.

Then there are questions about how rookie coach, Andrea Pirlo, will fair in European competition, as well as question marks surrounding Barcelona’s best formation. Both teams should qualify without too many problems.

Ferencvarosi are based in Budapest, Hungary. It will be an excellent opportunity for them to pit their wits against some of the greatest footballers in the world.

This is probably the most underrated group in this season’s Champions League. Paris Saint-Germain will face Julian Nagelsmann’s RB Leipzig in last season’s semi-final rematch. The Parisians will have less fond memories of facing Manchester United, who dramatically eliminated PSG in the 2018/19 season.

Ole Gunnar Solskjaer’s lack of game-changing tactics and Manchester United’s defence have been questioned since the resumption of football in July. The head-to-head fixtures between United and Leipzig should determine who finishes second in this group. We’re predicting home wins when these two sides match up.

Istanbul Basaksehir are the dark horses in Group H. The champions of the Turkish Süper Lig have been spending big to win the Turkish top-flight. They possess top European league experience in the form of Demba Ba, Edin Visca, and Martin Skrtel.

Given Manchester United’s struggles against “weaker teams,” don’t be surprised if they slip up against the Turks.

VERDICT: PSG might prove too much for the other three. Leipzig have the better coach, but United’s squad is loaded. The quality of Anthony Martial, De Gea, Van De Beek, Greenwood, and company, might be enough to clinch second place.