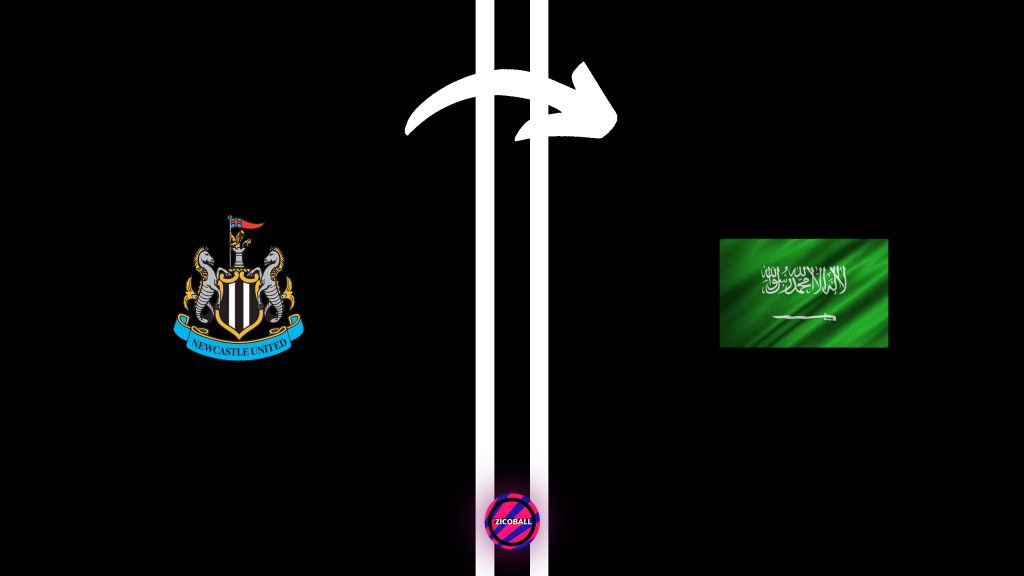 Mike Ashley has one foot out of the door on Tyneside as the proposed Newcastle United takeover edges closer. Mohammed Bin Salman is the man spearheading the potential investment up North. The type of news that Toon fans had been after for years.

Newcastle’s current owner, Mike Ashley, purchased the club from the long-standing chairman, Sir John Hall in 2007. The fee for a club followed by the most devoted of fans? Roughly £135m.

Ashley’s tenure has brought nothing but outrage among the Magpies ever since. Newcastle United, under the Englishman, has seen some pitiful moments. The temporary renaming of St. James’ Park to Sports Direct Arena in 2011, two relegations to the championship, a constant air of mid-table obscurity on the terraces, and signings who left us wanting more.

Ashley’s frugality reared it’s head in terms of transfer dealings as, under his watch, Newcastle broke their transfer record only once. The signing of Joelinton from Hoffenheim for a reported £40m overtook the previous record signing.

You could be forgiven for thinking that this wasn’t so outlandish, but when it’s made apparent that the transfer of Michael Owen was Newcastle’s previous record signing, it makes for bad reading. With the changes in television revenue alone, Owen’s signing in 2005, two years before the takeover from Mike Ashley, shouldn’t be mentioned in the same breath as Joelinton’s 2019 switch. Yes, that’s 2005, you read it right. Simply not good enough for a club the size of Newcastle.

Things were looking up for the Toon in 2017 as Newcastle made a rapid return to the Premier League by winning the EFL championship under Rafa Benitez. Good times were only just around the corner it seemed alongside a manager so versed in success and silverware. The following season in the Premier League had Newcastle finish in 10th.

There was an aura of positivity amongst The Magpies, a strange occurrence. It was now time to push on. An impressive transfer window backing Rafa’s plans could earn them a spot in Europe. The Faustino Asprilla European exploits are etched into the memories of Geordies. Similar times may be approaching.

Unfortunately for those die-hard supporters in black and white, they ended up turning a profit on transfer fees instead. It was expected that Rafa would be backed by Mike Ashley, and the club would make headway in closing ground on the Premier League sides competing for Europe. Not an awful lot to ask for a fanbase crying out for some form of progression.

For most, the final nail in the coffin came years before, but for a select few who had held hope that Ashley could prove the doubters wrong, this was the last straw. That final nail which firmly shut the casket on Ashley’s tenure.

Rafa was fed up. A new contract was turned down by the Spaniard, and he vacated the club in January 2019.

The Takeover from Mike Ashley

Ever since the takeover deal gained traction, rumours of high profile signings have been lingering. Players like Phillipe Coutinho, Gareth Bale, and former Tottenham manager, Mauricio Pochettino, have been heavily linked. Even a fairy-tale return for Rafa Benitez is supposedly on the cards to whet the appetite of those of a Newcastle United persuasion.

Rumours of Ashley selling the club have been in the air since 2014. However, this time, it does seem like Ashley’s tenure is finally coming to an end.

The three parties involved in the takeover include Mohammed Bin Salman, PCP Capital Partners fronted by Amanda Staveley, and the Reuben Brothers.

The Crown prince will own 80% of the club if successful. According to business insider, Salman is worth up to $1.4 trillion. While this would be his first presence in the world of football, he is not shy when it comes to spending lavish amounts. Salaman has reportedly bought a $450m Leonardo da Vinci painting and a $500m yacht. What about a Kylian Mbappe for £300m? How the other half live, right?

PCP Capital Partners is a Dubai-based private equity firm owned by Amanda Staveley. A British businesswoman who is the broker of the proposed deal. Staveley is no unknown in this field as she also helped broker the sale of Sheikh Mansour and Manchester City in 2008, for £210m.

If this is an example for Newcastle fans to take, the sky will be the limit. Mansour’s ownership changed the fortunes of the Manchester club dramatically. Helped with their first-year signings, Manchester City has gone on to rake in silverware ever since. Following the takeover, a host of incomings accompanied Mansour; a British transfer record for Robinho at £32.5m, Jô from CSKA Moscow for £18m, Nigel De Jong from Hamburger SV for £18m, Craig Bellamy from West Ham for £14m, and Vincent Kompany for a lowly £6m from Hamburger SV, to name a few.

Manchester City is now considered one of the top clubs in Europe. The Sky Blues are consistently on the scene when it comes to winning major honours in England, a task which has illuded them on the European stage so far. The type of success currently alien to Newcastle fans.

In 2017, Staveley submitted a bid of approximately £300m which was refused by Ashley. A source confirmed to Sky Sports that Ashley considered Staveley’s proposal a “complete waste of time”, as he set the asking price at £400m. Under the current takeover, PCP will reportedly own 10% of the club.

The Reuben brothers, David and Simon, are Bombay born, British Businessmen, with a net worth of £18.6 billion. Both brothers have maintained a low profile in the media but are known to be Chelsea supporters. They will also reportedly own the remaining 10% of the club.

Simply put, Saudi Arabia has an extremely underwhelming record and reputation when it comes to Human Rights. The infamous airstrikes on Yemen’s Sana region, the arrest of activist Loujain al-Hathloul and the assassination of Saudi Journalist, Jamal Khashoggi, has smeared Salman’s reputation.

A recent letter penned by Kate Allen, the director of Amnesty UK, the world’s leading Human Rights organisation, outlines their thoughts on the proposed takeover:

“I believe there are serious questions to address in determining whether the owners and directors of the company seeking to acquire NUFC are meeting standards that can protect the reputation and image of the game.

“If the Crown Prince, by virtue of his authority over Saudi Arabia’s economic relations and via control of his country’s sovereign wealth fund, becomes the beneficial owner of NUFC, how can this be positive for the reputation and image of the Premier League?

“So long as these questions (concerning Saudi Arabia’s human rights record) remain unaddressed, the Premier League is putting itself at risk of becoming a patsy of those who wants to use the glamour and prestige of Premier League football to cover up actions that are deeply immoral, in breach of international law and at odds with the values of the Premier League and the global footballing community.”

The Saudi’s Human Rights record seemingly won’t be brought into discussion with a lack of ethical testing by the Premier League. However, the owners’ and directors’ test will need to be passed. It’s unclear how much this test will uncover, and whether it will have any bearing on the Premier League’s decision.

Away from the murky waters of Saudi Arabian human rights, there have been cries for the proposed takeover of Newcastle to be blocked. Not only are there concerns for human rights, but now there is the alleged piracy of Premier League football games to be considered.

Saudi Arabia’s potential involvement was enough to throw a spanner in the works for those deliberating over the deal at the Premier League’s headquarters. The World Trade Organisation has ruled that the Saudi Arabian government is behind ‘Beout Q’, a pirate satellite streaming service that provides access to sporting events. Saudi claims the service originated in Cuba and Colombia; an allegation which both countries vehemently deny.

Does the critical question remain of why Saudi’s crown prince has set his eyes on Newcastle United? While Oil is the primary source for bringing in money, Salman has long worked for bringing in high revenue secondary sources.

‘Sportswashing’ is a phrase which has followed the takeover since Staveley’s first rejected bid. The phrase has stuck as it is suggested that the aim of Salman’s may be to improve the reputation of Saudi Arabia through football.

In recent times, Saudi has hosted professional wrestling events and important football events like the Copa Italia, and the Spanish Super Cup.

Alongside income, welcoming showpiece events to Saudi is a way of helping erase Saudi Arabia’s reputation. The more reputable the competition and the excellent match experience offered hopes to cast a shadow on any blotched views of the country. Owning a Premier League club would most definitely fit the sportswashing mould.

As the football economy is at a new low, the current pandemic may have given the deal a boost. Clubs are struggling, and transfer values are sure to be dwindling come the summer. Any significant deal, and the doors it may open in Saudi Arabia, could be one that looks a little more attractive to Premier League officials than it did at the turn of the year.

The low standards set by Mike Ashley offers a good chance that Newcastle fans will enjoy a level of glory under the proposed new owners. I mean, look at Manchester City. However, the overwhelming evidence against Salman and his country may leave Newcastle’s reputation on a knife-edge.