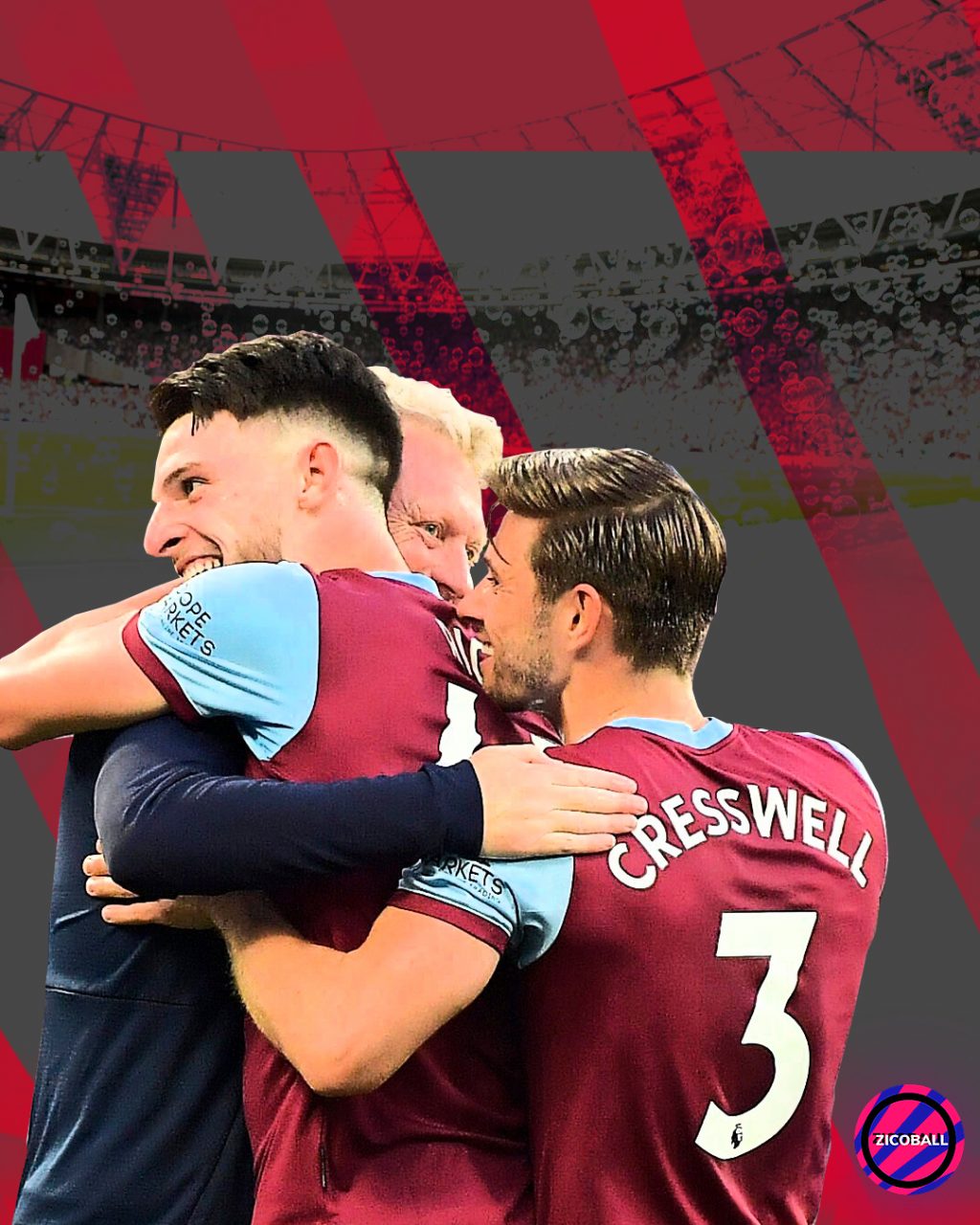 When David Moyes returned to West Ham United for a second time in December 2019, most West Ham fans were underwhelmed at the appointment.

The need for change under Manuel Pellegrini was desperate, the Hammers looked awkward in and out of possession and couldn’t buy a win. Fan enthusiasm and player morale waned. A fresh face was needed at the helm to bring back stability and offer the fans the potential of a promising project.

Thirteen months later, David Moyes’ side are two points off the top four and six games unbeaten in all competitions. The Hammers have accumulated 32 points from 19 league games this campaign – their highest-ever points tally at the halfway point of a Premier League season.

What has been the secret ingredient to Moyes’ success? After going toe to toe against Manchester City and Tottenham Hotspur and emphatically beating Leicester City and Wolverhampton Wanderers, Moyes appears to be building solid foundations at the London Stadium.

Not only has he taken the players he inherited on his return to the next level with consistent performances, but he has also recruited key players that have significantly improved West Ham. No big spending, just careful planning.

The standouts have been Tomáš Souček and Vladimir Coufal – two rugged, physically imposing and determined players prised away from Slavia Prague for a combined £20 million. Players that look like they’ve been playing in the Premier League for years.

Souček has transformed West Ham’s midfield and complemented Declan Rice perfectly, something the England international has lacked in the last few years. The added protection of the 6’2 Czech international allows Rice to play more proactively and improve on the attacking elements of his game.

Not only this, Soucek has arguably been one of the finest box-to-box midfielders in the Premier League this season, standing as West Ham’s joint top goal scorer with five goals. Alongside his goalscoring threat is his prowess in the air, winning the most aerial duels in the Premier League this term – 106. It’s no coincidence that Bundesliga giants Bayern Munich have been sniffing around the 25-year-old midfielder.

West Ham has lacked two comfortable full-backs for several years, arguably one of their main problems as to why they have shipped so many goals. Pablo Zabaleta? A safe pair of hands and a leader. Coufal is just about everything and more that you need in a modern-day full-back. He covers every blade of grass, isn’t shy of a tackle, and is more than capable of producing a dangerous cross.

Gritty and resilient, the character of players like Soucek and Coufal is as important as the goals of Antonio or Bowen, or the creativity of Fornals and Cresswell.

TAKING PLAYERS TO THE NEXT LEVEL

Moyes believed when he arrived back as Pellegrini’s successor that he had a group of players at his disposal better than the group when departing first time round. There were some undoubtedly talented players there, but the issue was that they performed nowhere near their best.

Ogbonna has gone from an inconsistent defender prone to an error to one of the most in-form defenders in the Premier League. The Italian international plays with calmness and continues to dominate in the air, whilst also showing leadership-like qualities throughout the season.

Aaron Cresswell looks like his former self when he first joined West Ham in 2014. A player revived with confidence and a manager that believes in his abilities. The 31-year-old has seemingly flourished in a new system at centre-back, with Arthur Masuaku operating as the left-wing back in a 3-4-3 system.

With Moyes reverting to four at the back after a lengthy injury to Masuaku, Cresswell has continued to excel in his performances. Topping the assists charts for West Ham this season with 5, the West Ham left-back seems to be replicating the form that earned him an England call-up in November 2016 for the 2018 FIFA World Cup qualifiers.

Aaron Creswell ranked as number one in the five statistics below against West Bromwich Albion:

Playing every minute so far this season, West Ham captain Declan Rice continues to produce consistent performances that make him one of the Premier League’s most highly regarded midfielders.

The 22-year-old continues to develop every week, adding to his offensive output and maturing above his years. The daunting experience of becoming captain hasn’t made Rice hide either, producing consistent performances and attracting the big-hitters in the form of Manchester United and Chelsea. Furthermore, the Hammers man looks set to play a leading role in Gareth Southgate’s England setup in the summer.

At one stage it looked inevitable that Rice would leave West Ham for new pastures. Still, if Moyes can mount a genuine charge for European football this season, the 22-year-old has every reason to stay and continue to build on the solid foundations at the London Stadium.

THE IMPORTANCE OF MICHAIL ANTONIO

One of the most significant developments which Moyes deserves credit for is the improvement of Michail Antonio. The West Ham forward has become absolutely vital, single-handedly saving the club from relegation last season, and scoring some crucial goals in 2020/21.

His match-winning acrobatic goal against West Brom was his 16th goal in 29 appearances, making him the fourth player to reach 40 Premier League goals for West Ham after Paolo Di Canio, Mark Noble, and Carlton Cole.

Not only that, but his speed, coupled with his strength, makes him a threat for any opposition. It’s clear to see that Moyes has worked him hard on the training ground to improve his positioning and it’s well and truly paying dividends.

The only concern regarding Antonio is his ability to stay fit. He’s only just returning to full fitness following a hamstring injury that ruled him out for the best part of two months. David Moyes will be hoping to bring in another striker of a similar mould to Antonio to provide healthy competition.

A side with plenty of guile, a blend of exciting players and a workmanlike supporting cast, Moyes is transferring West Ham into an impressive side that is more than capable of pushing for a Europa League spot this season.

Moyes crafted such a team at Everton, and in his second tenure at West Ham, he’s doing it again.

‘Be careful what you wish for’ were Stan Collymore’s words in 2015 after West Ham fans wanted Sam Allardyce out. Six years on, they’re two points off the top four and dreaming of Europe; how times change.