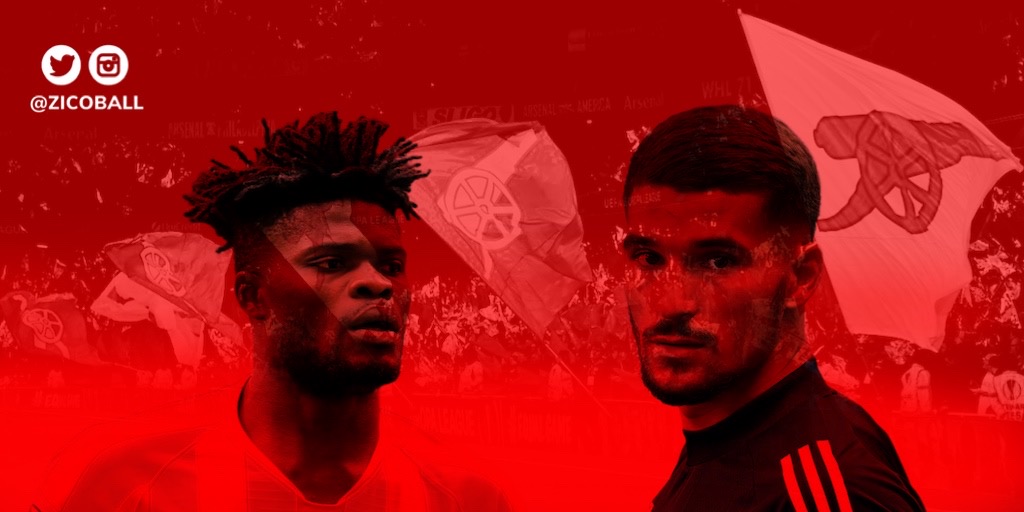 Arsenal fans have been forced to endure a frustratingly stop-start transfer window so far this summer, and unfortunately, it doesn’t look like things are going to get smoother any time soon.

After the fairly swift addition of Willian to Mikel Arteta’s ranks on a free transfer, Arsenal’s summer business quickly turned into a series of painfully prolonged sagas.

First off, Pierre-Emerick Aubameyang’s contract situation took centre stage, with fans of the Gunners desperately praying that their talisman would commit to a new deal with the club. Several weeks on, despite strong indications that it was done, Arsenal still haven’t made an official announcement.

Next up came Gabriel Magalhaes, who ultimately signed for Arsenal a whopping 40 days after I had reported their interest in the Brazilian centre-back right here on ZICOBALL. It was an excruciating saga to follow, with a seemingly endless tug-of-war going on between Arsenal and Napoli, and guessing games full of unfounded information from all sides of the media.

After the signing of Gabriel, doubts were then cast over Dani Ceballos’ return to North London, with several leading Spanish publications claiming that Real Madrid were set to keep the talented midfielder. Several weeks later, Arsenal finally got their man on another season-long loan deal.

Meanwhile, amidst all of this commotion, Arsenal fans were eagerly awaiting some kind of news on another player; Atletico Madrid’s Thomas Partey.

Partey has been widely reported as the top target of Arteta’s new look Arsenal side for several months, with numerous leading journalists claiming the move is a real possibility. Yet, even now, just a few days out from the start of the Premier League season, there have been absolutely no developments.

Despite numerous people across social media claiming that a deal is already in place to sign Partey, I’m sorry to tell you this just isn’t the case. And the reason is simple; Arsenal cannot afford him.

The club’s technical director, Edu, has been frantically trying to get players out of the club – either on permanent deals or on loan to free up funds to make further additions to Arteta’s squad. The former Arsenal midfielder has practically been glued to his phone, in constant discussions with dozens of clubs regarding outgoings rather than incomings.

Now, finally onto the good news.

Edu’s persistence is starting to pay off, with several fairly high profile members of the first team squad set to begin moving out of the club this week. Sokratis Papastathopoulous (thanks Google) will sign for Napoli in the next day or two, Lucas Torreira has several big-money offers in Serie A, Rob Holding is awaiting a decision on a loan to Newcastle, Sead Kolasinac is edging ever closer to the exit door, and interest in Matteo Guendouzi is intensifying.

I have it on good authority that the money from these sales and loans will go straight to Atletico Madrid, in the form of Thomas Partey’s release clause. So, providing Arsenal and Mikel Arteta can convince the player to drop down to a team not featuring in the Champions League, this deal will go ahead.

Another name high up on Arsenal’s wishlist – and the wishlist of the fans – is the talented French playmaker Houssem Aouar.

Arteta was already aware of Aouar’s talents from his time with Pep Guardiola at Manchester City, where the pair had held discussions over potentially bringing him to the Etihad as a replacement for David Silva. When Arteta made the switch to Arsenal, the Frenchman was very quickly identified as a transfer target for the Gunners.

Arsenal’s interest in Aouar was somewhat tentative until recently, when a masterful performance against Manchester City in the Champions League acted as the catalyst for Edu to pull the trigger. Since then, he has been in frequent discussions with his former Brazil teammate and current Lyon Sporting Director, Juninho, regarding a deal.

From what I can gather from a couple of well placed and trusted sources, the rumours of potential swap deals and structured cash offers are absolutely genuine. Although none of them have been made formally as yet, there has been conversations over the phone between Edu and Juninho.

My understanding is that Lyon are not interested in player-plus-cash offers, but would be open to structuring payments in a deal for Aouar over the course of a few seasons.

Of course, for a move to land both Partey AND Aouar to materialise, even more outgoings would be required on top of the aforementioned players. With that in mind, it’s no surprise to see players such as Hector Bellerin and Alexandre Lacazette being touted around to big European clubs, and I’m sure we’ll see plenty more of these reports before the transfer window closes on October 5th.

Hopefully, for the sake of Arsenal fans’ mental well-being, we’ll start to see some kind of conclusion to the remainder of these sagas long before then.