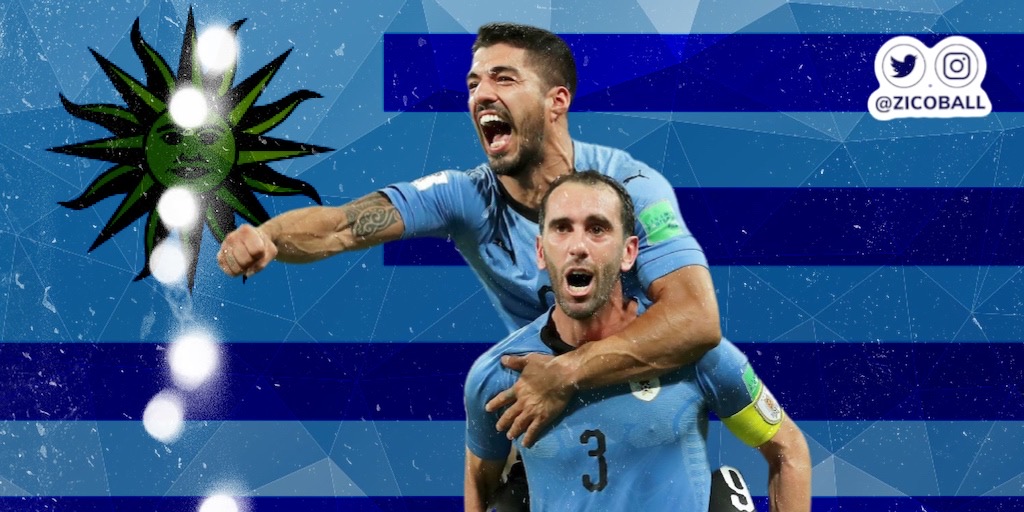 He was seated in Nizhny Novgorod. Crutch in hand, scrutinising, analysing. His players chased, for him, they would chase all day, but they were thoroughly outclassed – outfought. The 2-0 scoreline indicative of the previous 90 minutes of play as yet again Uruguay were out, going one better than four years prior, but returning home nonetheless.

It seemed as though the defeat would act as a conclusion, as the final chapter in a magnificently written story. Óscar Tabárez struggled up from his chair. Now living with the debilitating Guillain–Barré syndrome, he was, as ever, magnanimous in defeat, and determined to shake the hand of Didier Deschamps. Twelve long years at the helm, three successive World Cup campaigns, the nation’s first title in 16 years and their most successful coach since the days of Héctor Núñez. Many foresaw this post-match greeting as his last as manager of the Uruguayan National Team. Now, over two years on from their quarter-final loss to eventual winners France, and at the age of 73, Tabárez remains in the dugout, preparing for one last push towards glory with his beloved nation. However, proceedings will not be without difficulty.

Moving on from the Proceso era would always prove difficult for El Maestro. Fernando Muslera’s stronghold on the goalkeeper’s position has now indirectly caused a potentially fatal issue. He will be absent for both upcoming qualifiers, his 116 caps sorely missed with all three goalkeepers called up to replace him amassing only 16 between them.

Defensive stalwarts Diego Godín and Sebastian Coates remain an integral part of the coaches plans, but the former’s first choice partner at the heart of the defence, José María Giménez, remains an absentee having contracted Covid-19. With the International retirement of Maxi Pereira, the right-back spot will go to one of either Damián Suárez or Martín Cáceres, the preference lying with Suárez thanks to his stellar performances under José Bordalás at Getafe. With three members of the back four effectively selecting themselves, it is the left-back position where, alongside his goalkeeping conundrum, Tabárez faces an increasingly difficult question.

For the final two games in Russia he showed a developing likeness towards deploying natural midfielder Diego Laxalt at left-back, a practice he continued at the Copa América in Brazil last year. However, the emergence of the talented Matías Viña who is in line for his seventh cap despite only making his debut last September has given Tabárez food for thought. Such rapid establishment and trust he has placed in the 22-year-old full-back illustrates the esteem his coach holds him in. It would not be of great surprise to see him dislodge his more experienced competitor when Uruguay open their campaign tonight.

Perhaps the most significant and notable difference from the golden generation, something which Tabárez only began amending after their poor showing at the Copa América Centenario in 2016, has occurred in midfield.

Mainstays from their World Cup run in 2010, and their Copa América triumph in Argentina lingered for too long. Egidio Arévalo Ríos and Álvaro González were essential players in the 2011 winning squad, yet continued to receive frequent call-ups and appeared at the disastrous 2016 edition in the United States. Carlos Sánchez was another taking up a position in the squad which he may not have deserved, yet the 36-year-old has not featured since the World Cup in Russia. With a new-look midfield, the ideas remain largely the same; work, work, and then work some more.

The energy and dynamism of Juventus midfielder Rodrigo Bentancur has been a breath of fresh air for what was a tired and rigid midfield. A midfielder who is elegant and tenacious in equal measure, his defensive and attacking exploits are of high importance to a team that has come under past criticism for their perceived timidity. What was once a shallow and somewhat weak position, central midfield, is now arguably Uruguay’s strongest.

The manager’s ardent insistence of the use of a 4-4-2 is unimaginative yes, but given the chaotic nature of CONMEBOL’s 18 game qualifying method, it also probably explains how they have reached three successive World Cup finals, and will now undoubtedly be the root of some welcome headaches. Former Boca Juniors midfielder Nahitan Nández had an impressive outing in Russia, while Real Madrid starlet Federico Valverde, former Arsenal man Lucas Torreira, and sublime playmaker Giorgian De Arrascaeta must all compete for the remaining three midfield slots. Matías Vecino is another important member of the squad, although his lack of football at Inter Milan and his current fitness issues have rendered him unavailable for the upcoming qualifiers. When he returns to fitness, Uruguay’s four-man midfield will have seven top players competing for a starting spot.

Building on such a solid defence and a hardworking, spirited midfield, Uruguay’s most potent weapon lies further up the pitch. Yet, when looking at the current squad, it is also one that may cost them dearly.

Riding a tidal wave of momentum having brushed Portugal aside, the injury sustained to Edinson Cavani relinquished half of their two goal threats. When Cavani and Luis Suárez do not play together, ‘La Celeste’ do not perform to their maximum. And it is clear to see why this is the case. In a combined 129 caps they have both accumulated 109 goals, a staggering return for a small country of only 3.4 million people; a population that continues to produce such wonderful footballers. When either member of their deadly duo is absent, their replacements have, understandably, not performed to such lofty standards.

Cristhian Stuani, now 33, has managed just eight from 50. While the currently favoured back-up personnel, 27-year-old Jonathan Rodríguez and 24-year-old Maxi Gómez, have only five between them from an accumulated 37.

Not since the days of Diego Forlán has Tabárez had a decision to make in the attack, yet even then his goal ratio pales in comparison to that of the Cavani- Suárez partnership. For reference, Forlán averaged a strike every 0.32 games, compared with the 0.43 of the new Manchester United frontman and an even more ridiculous 0.52 from Suárez. The former Barcelona talisman is the nation’s all-time top goalscorer, netting 59 times from 113 official games. With Cavani unavailable, the burden will lie with Suárez and his most likely striker partner on the night, Maxi Gómez, bar an incredible, almost unfathomable, change of formation from the manager.

Uruguay face a tricky start at home to a new-look Chile in their first World Cup Qualifying campaign, before travelling to Ecuador. Six points should be the aim for Tabárez and company as they host both Colombia and Brazil during the next round of fixtures. With a scheduled Copa América still to be squeezed into an already jam-packed fixture list between now and the commencing of the finals in Qatar, the potential is there for Uruguay’s legendary, almost mythical head coach to claim more silverware. However, one would think he favours the holy grail of the World Cup and may attempt to go better than their fourth-placed finish in South Africa 10 years ago. The road to Qatar starts now.