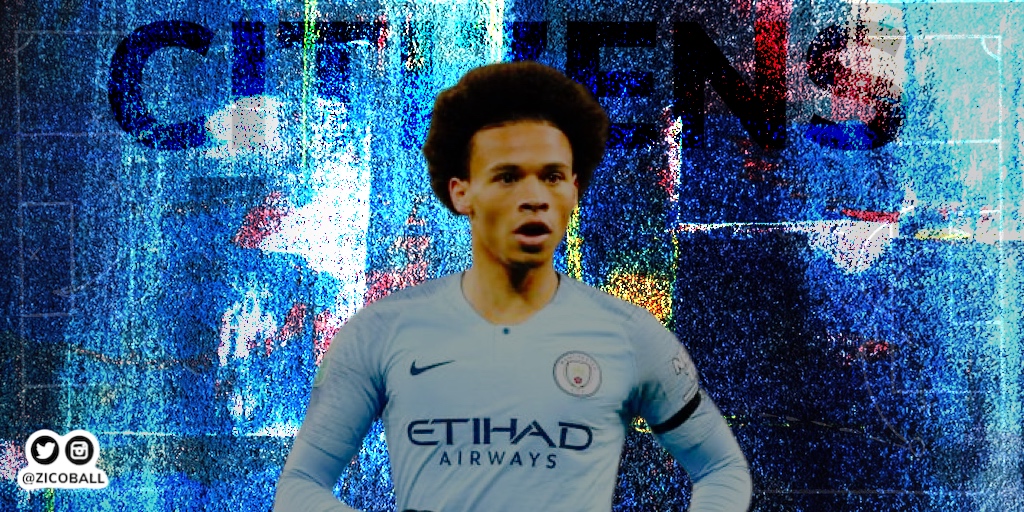 The word “struggled” might sound a little harsh for a team who have clinched the Carabao Cup, who are unbeaten in the Champions League of which they are favourites, and who recorded an 8-0 hammering of Watford this term.

The citizens have had statement wins against the champions of Spain, recording a 2-1 win against Real Madrid in the Champions League, alongside the champions of England who they brushed aside 4-0. However, the 18 point deficit in the league, plus losses against Arsenal, Norwich City, Wolves home and away, Liverpool, and Manchester United on three occasions, show cracks in a team which won back-to-back Premier League titles in grand fashion.

Maybe a harsh take on a side which has registered 141 goals in 56 games, in all competitions this season. Although, it is hard to disagree that something has been missing. City may have averaged 2.6 goals per game in the league, but their winning percentage stands at only 67%.

Football experts and fans alike highlight City’s defensive issues as their primary concern. Still, perhaps the most impactful reason for City’s struggles can settle at the door of Leroy Sané’s injury.

City fans or their coach may not want to admit, but the German attacker’s lay-off had an enormous effect on their league struggles as they attempted to replicate the dominance of seasons gone by.

No Sané meant more minutes for Riyad Mahrez and Bernado Silva on the right-wing. The domino effect of Sané’s injury saw extra minutes for David Silva, Raheem Sterling, and Phil Foden. With Manchester City competing in four competitions, it meant more minutes and less rest for key players. Fatigue has been a significant issue for the Citizens who have failed to score against Southampton, Wolves, Tottenham, and Manchester United this season. City will need to undertake some shopping during the transfer window as David Silva is likely to join Sané on the way out of the Etihad.

Sané felt under-appreciated in Manchester, reaffirmed by the German joining the Bundesliga champions, Bayern Munich. Pep Guardiola was rumoured not to be impressed with Sané’s attitude day-to-day, and consequently benched the winger towards the end of last season.

If we analyse the numbers, Sané’s impact was evident in the last two seasons. The German scored 30 goals and registered 37 assists between 2017-2019. More importantly, Sané played 88 games for City; a mainstay in the dominant silverware hunting side.

Still not convinced by Sane’s impact? Well, the subsequent lack of rest and additional minutes have not yielded a positive effect on the numbers of Bernado Silva. The Portuguese playmaker has only scored eight times in 2019/20, which is five fewer than his last season.

When a player of Sané’s quality suffers a long term injury, any team will struggle, even if the squad is as stacked as Manchester City’s. Mahrez and Bernando Silva are fantastic players, but City have missed Sane’s dribbling, creativity, and overall presence.

Manchester City dominated on their way to consecutive league titles with explosive wingers in Sterling and Sane, but this season, something was amiss.

Kevin de Bruyne is now back to his best after suffering from injuries for plenty of the 2018/19 season. De Bruyne equalled Thierry Henry’s record of 20 assists in the Premier League in City’s final game against Norwich. The Belgian international has produced sensational performances from the right side of City’s attack.

However, Guardiola’s men are at their best when David Silva and De Bruyne can combine with a speedy winger like Sterling or Leroy Sane. Without the dynamism of the German forward, City’s threat from counter-attacks has decreased.

This is not a case of refraining from giving the Algerian the necessary credit, but Mahrez cannot be expected to perform in 50+ games, and this is where the German’s injury hurt the Citizens. A fit and firing Sané would decrease the workload of attacking players, thanks to his versatility in playing on either wing or as the false nine. There would also be more competition in the squad, and in turn an expected nudge to the forwards to improve their output or be replaced.

If Guardiola had not had issues with Sané’s attitude and the avoidable lengthy injury, we might have seen a different version of Manchester City this season. Sané’s explosiveness used to attract opponents towards him which created space for others, and City have missed that. This was especially prominent against Liverpool in the 3-1 loss at Anfield, as well as several games where City had problems in breaking deep-lying defences.

Pep Guardiola decided not to spend any money on central defenders after club captain, Vincent Kompany’s departure. Instead, they invested in a deep-lying midfielder in Rodri, and a new full-back in Joao Cancelo.

Again, it was a case of injuries that would curtail City’s season. An aspect of the sport which is left in the hands of the footballing gods. The 2019/20 season would be unkind to City in that respect, with two of their biggest stars sidelined for long periods.

Aymeric Laporte was sensational last season. To Manchester City fans horror, when he went down with a knee injury at the beginning of this season, perhaps the writing was on the wall. Without the coronavirus outbreak, the Frenchman would have hardly featured this season. The absence of Laporte’s reassuring presence has been felt, with the likes of Benjamin Mendy and Nicolas Otamendi making regular mistakes.

The experienced Otamendi has had multiple average performances, something the Premier League is used to by now. He has been directly at fault for goals against Norwich City, Wolves, Real Madrid and Manchester United. Joao Cancelo has had injuries, and he has failed to impress Guardiola since arriving from Turin. John stones has also missed games with injuries, and the Englishman’s future in Manchester seems to be in doubt. Fernandinho, who is in the twilight of his career, has been an unlikely saviour for City. With Laporte out of action until the beginning of the 2020, Fernandinho stood as City’s most reliable defender.

Manchester City have tasted defeat in 11 games this term, after losing just four times last season. There were matches were the Citizens dominated the ball and created chances, but the end product was missing. The 3-2 loss to relegation-threatened Norwich City, the 2-0 and 2-3 defeats by Wolves, as well as two league losses vs Ole Gunnar Solskjaer’s Manchester United, had City exposed.

Manchester City may have finished 18 points behind Liverpool this season, but as they showed in the 4-0 win against the Premier League champions, they are more than capable of making up the deficit next season.

Despite all of this, Pep should consider finding suitors for both error-prone central defenders in Otamendi, and John Stones; a pair that hardly breeds confidence.

Kyle Walker, Benjamin Mendy and Joao Cancelo have all been less than impressive at full-back, and Pep is seemingly intent on chucking money at the problematic full-back areas. Instead of investing heavily, maybe the coaching staff should work on honing the undeniable qualities which already exist in his pricey wide defensive options, and attempt to shape them into defenders who can fit Pep’s philosophy.

Central defenders must be a priority in the transfer window. As we saw this season, they will not beat the best teams in Europe with a makeshift ageing Fernandinho in central defence. Napoli’s Kolidou Koulibaly, and Nathan Ake of relegated Bournemouth, are two interesting options who are both rumoured to be on City’s radar.

Offensively, City should cast their net and bring in a wide forward. Whether Pep will admit it or not, the absence of Leroy Sane had an enormous effect on the attacking output; something the former Barca boss takes so much pride in.

City’s style of play of ball dominance and playing a high defensive backline requires centre-backs who can run back into defensive areas to defend. City need defenders who can stop attacks with intelligent positioning and reading of the game. A bullet was dodged when Manchester United pipped City to Harry Maguire, as the Englishman lacks recovery pace and has also made multiple errors, leading to goals against Tottenham, Burnley and Chelsea.

City can look to Real Madrid and Liverpool to see the difference that an organised defence makes to a team’s results. Luckily for Pep Guardiola, despite spending hundreds of millions on defensive options since moving to Manchester, there will still be money to spend in the summer, thanks to it’s wealthy owners.

As deadly and as frightful as Manchester City’s attack was this season, their defence was extremely vulnerable. It cost them the league. Moving forward, Guardiola must focus on instilling a solid defence and ensure reliable squad depth in those areas to combat injuries like we saw with Laporte.

Leroy Sane is already gone, and David Silva will leave. City should try to bring in a quality attacking option in midfield, Jack Grealish is one who ticks a lot of boxes.

If City are to struggle in the return leg against Madrid, or the latter stages of the competition, you can be relatively sure it won’t be the attacking side of their game that falters.

There are warning signs of the City machine slowing down. Guardiola needs to make changes, otherwise the City dynasty will continue in a similar fashion.

You never know, the Spaniard may well clinch the Champions League title, and this season will go down as Manchester City’s best ever. It’s a funny old game really, isn’t it?