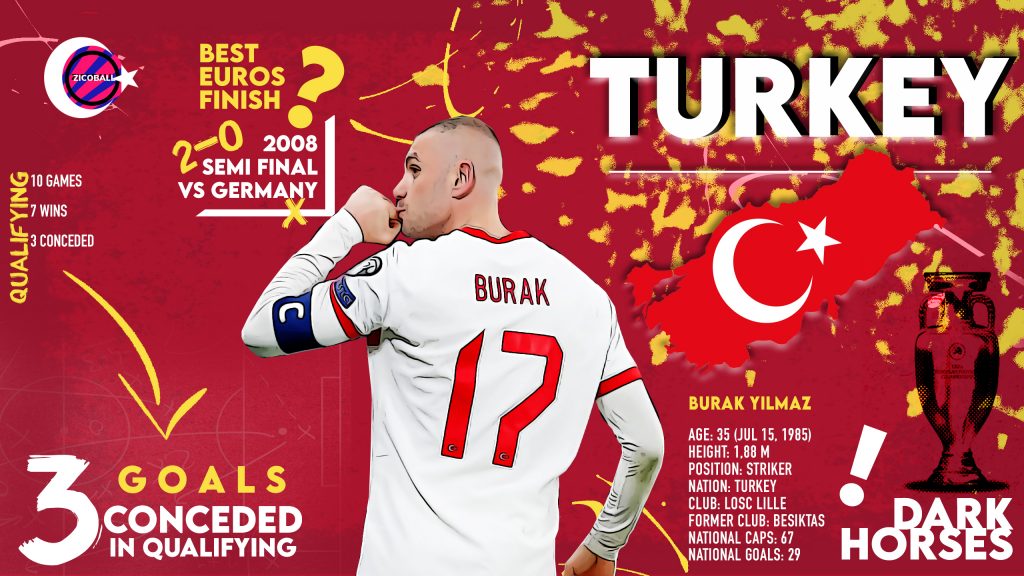 An encouraging sense of excitement now settles in Ankara. Rumblings of optimism begin to lay at the feet of locals in Istanbul. Subsequently, across Turkey as a whole, the land of the four seasons, expectation has replaced blind patriotism, rippling through football-adoring neighbourhoods and knocking inhabitants off balance.

The Bosphorus Strait, a waterway that runs through Istanbul and forms the continental boundary between Europe and Asia, usually separates the fiercest of rivalries. Situated on the European side of the Istanbul divide is the city’s commercial hub, more affluent areas, and Galatasaray. In the east, densely populated residential areas, and Fenerbahçe. These two Turkish footballing institutions and their fanbases are not just divided geographically; division is engrained in them. From one’s initial visit to the Türk Telekom Arena and another’s first jaunt to the Estadio Şükrü Saracoğlu, the rivalry stands as one of the fiercest in Europe, but not this summer. The division will lessen momentarily as a new vested interest takes hold.

The feverish atmosphere often found in Turkish domestic football is poised to collectively absorb the country. The Bosphorus Strait, from 20:00 this evening, is set to gush Turkish red.

Thirteen years ago in Switzerland – 2008 in Basel, to be precise – saw Turkey’s most significant European Championship finish to date. It was the Germans who held firm in the Semi-Final, as a 24-year-old Phillip Lahm single-handedly struck a nation to its knees. His injury-time winner was the decisive blow, enough to pump the brakes on Turkey’s assault alongside the continent’s big-hitters.

Germany lost to Fernando Torres’ Spain in the final, Turkey regressed, and just three points at France’s 2016 tournament was chalked up as Turkey’s next efforts in the competition eight years on.

On the cusp of Euro 2020, in 2021, oddly enough, Turkey lay in wait for the opening game. Şenol Güneş’ side faces a daunting task ahead at the Stadio Olimpico; the Italians in their own back yard.

This assured Italy side are unbeaten in 27 games, having shrugged off everyone in their path since a Nations League tie against Portugal in 2018. Roberto Mancini and the current crop are three unbeaten fixtures shy of two-time World Cup-winning coach Vittorio Pozzo’s record of 30 Italian national team games unbeaten.

In days gone by, it would be fair to write this game off before it had a chance to start – a fixture likely to be played out to Italian fanfare with an easy enough three points awarded to Mancini’s plucky Italian outfit. However, although the Italians are favourites for the opening tie, if the qualifying stages are anything to go by, it’s widely accepted that Gli Azzurri are in for a game.

Granted, Italy’s ten wins from ten qualifying fixtures has conjured up their own expectancy, but Turkey’s seven victories in as many games present as some feat in a group with world champions, France.

A striker carries out the type of role which will attract plaudits. The biggest awards and the individual honours often side with those who hit the back of the net. Although Turkey can boast a Ligue 1 winning frontman of that ilk, it is their back-line that provides the sternest test for the sides in Group A.

Turkey remarkably conceded only three goals in the tournament’s qualifying stages. The ability to shut out teams is the perfect recipe for a run in a European tournament, standing the Turkish outfit in good stead in their hopes for progressing in the competition. Turkey have the firepower up top to knick a goal in games, and coupled with a formidable back four; they could see some joy. A 2-0 showing on home soil against Didier Deschamps‘ world champions, France, proved just how capable this Turkey side is. The 1-1 draw in the return fixture in France only reaffirmed as much.

Leicester’s Çağlar Söyüncü, Schalke want-away Ozan Kabak, Juve’s Merih Demiral, and Sassuolo’s Kaan Ayhan make up the central defensive options for the Turks. The two with Premier League experience this campaign should be Güneş’ starting centre-back pairing for the tournament, with Okay Yokuşlu offering protection from midfield. Yokuşlu has turned heads at the Hawthorns for West Bromwich Albion, standing head and shoulders above his teammates in terms of quality this campaign. Since the turn of the year, the Celta Vigo loanee’s impact was enough for transfer rumours to swirl and place him in England’s top-flight once again next season.

At full-back, Cengiz Umut Meraş will likely line up on the left, whilst one of Turkey’s Lille contingent will make Right-Back his own. Zeki Çelik, usually found on the right of a defensive line in Lille, is joined in the squad by fellow teammates, Yusuf Yazıcı and Burak Yılmaz. The trio was part of a side that successfully overthrew PSG in Ligue 1 this season, managing 37 goals and assists between them.

Yılmaz, at 35-years-old, has been on fire. With 16 goals in 23 starts in Ligue 1, Turkey’s most prolific journeyman has been producing the goods in front of goal for over a decade, since his time with Trabzonspor in 2010. From domestic football in Turkey to a stint in Beijing with the mega-rich, Yılmaz’s lethality has rarely waned. Yet, it is his form in France that has taken most by surprise. Although reaching the twilight stages of his career on paper, The Turks will be banking on Yılmaz’s form to continue bulldozing its way through misconceptions whilst tearing the script up at the tournament itself.

Over to you, Turkey

Football would lack its shine if the underdog never stood a fighting chance. The romanticism of the sport and the hope entrenched in those who avidly follow would diminish.

Thankfully, football has the Greek fairytale in 2004. That will stand forever. Football can boast Leicester’s Premier League triumph. Unmoveable. The 2005 miracle in Instanbul? Unforgettable.

Who is to say Turkey can’t upset the odds? They may not lift any silverware in July, but certainly don’t overlook them.