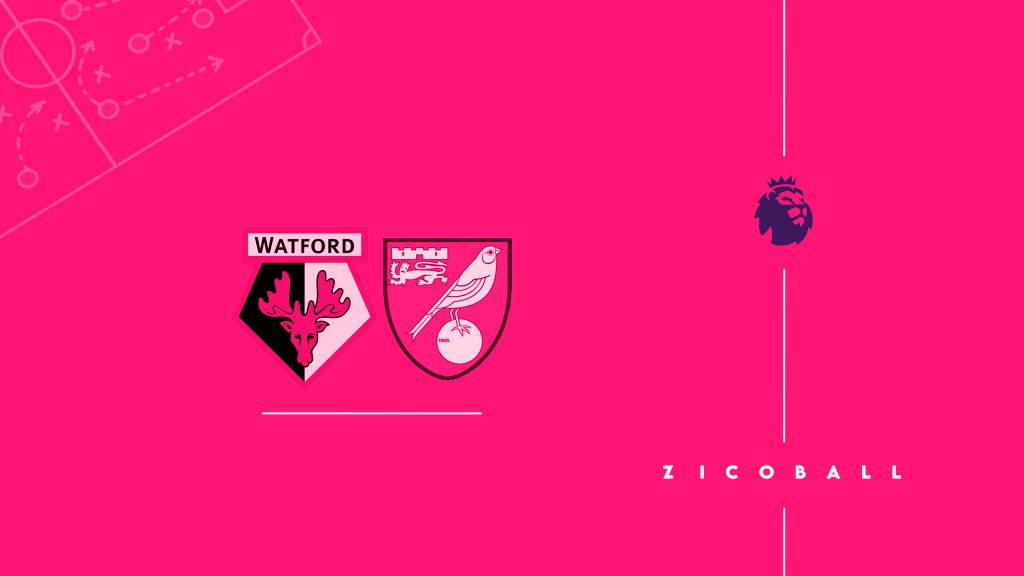 The Hornets know that being on their A-game will be key throughout the tie as Norwich arrive in high spirits after picking up all three points in a 2-1 victory over Everton. Claudio Ranieri’s side has certainly struggled for large parts of the season, with Watford facing its toughest task yet – reversing a winless run of seven games stretching back to late November.

Norwich looked doomed, almost a certainty to be heading back to the Championship so early on in the season. Back to back wins against Brentford and Southampton, followed by two draws had given The Canaries a fighting chance, yet their hopes of survival have deteriorated since. Before they knew it, six losses on the bounce, all to nil, meant Christmas wasn’t so merry in Norfolk. However, a 2-1 win over a miserable Everton outfit has certainly given the fans something to cheer about as they head into the second half of the season.

Both sides are in desperate need of picking up maximum points under the floodlights tonight to enhance their chances of beating the drop. It will be a tense affair with tactical changes, substitutions, and decision-making potentially the difference in coming away with a much-needed result, or sliding further from safety.

A bet builder approach looks like a good angle in for tonight’s clash. Watford haven’t struggled to score of late, finding the back of the net in seven of the last eight, including the likes of Man City, Chelsea, and Manchester United, where they managed to find the back of the net.

Although struggling to pick up points, Norwich boast a knack for picking up a fair few corners on the road. The Canaries have managed 4 or more in 6 of their 10 away fixtures, failing to do so against Man City, Chelsea, Brentford, and West Ham. Watford’s opponents, on the other hand, have reached 4+ in 8/10 home games so far this campaign.

The 1.91 offered by Skybet as a ‘Request A Bet’ is certainly worth a play in tonight’s bottom of the table scrap. Other bookmakers price this at around 1.60-1.70.